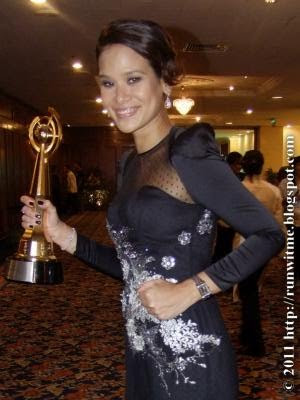 Only one word that came to our mind when we got Elaine Daly to pose for us at the post party of Anugerah Seri Angkasa- STATUESQUE!

Heheh! We finally got this right after the third try. 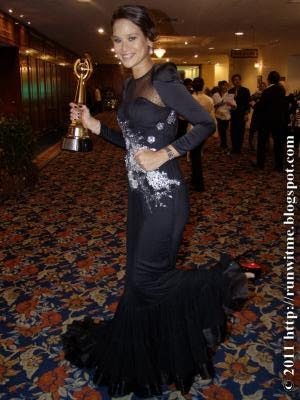 We could see why. It's tough to balance oneself on one leg wearing a pair of killer heels from 'Christian Louboutin'! Thank you Elaine for being such a sport! 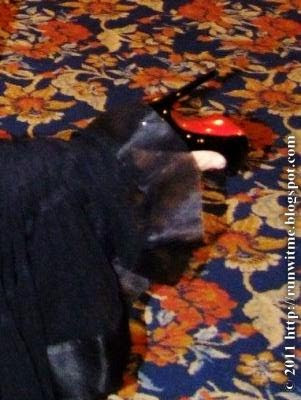 See how excited presenter, Vanidah Imran when she found out that Elaine Daly won Best Actress for TV Drama... The host, Daphne Iking was also shouting like crazy from the floor. LOL! We are all very proud of Elaine Daly! 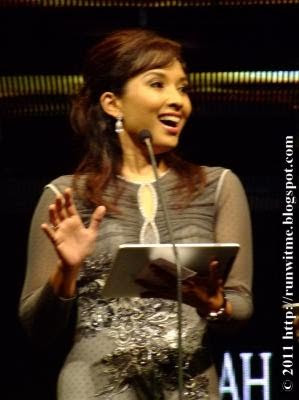 Elaine Daly won Best Actress for her outstanding performance playing the part of her late grandaunt, Sybil Kathigasu, the Malayan heroine who helped the resistance during the Japanese Occupation! 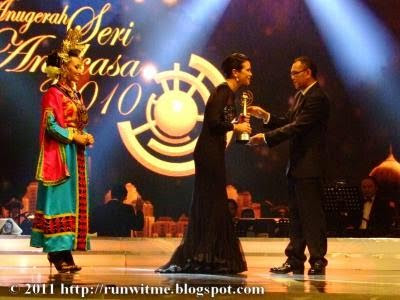 The 60-minute, eight-episode Astro Citra TV series called Apa Dosaku? (What Is My Sin?) is based on Sybil’s memoirs, No Dram of Mercy. It was aired in May, last year.

The series was directed by Bernard Chauly who also won the Best Director in the Anugerah Seri Angkasa. 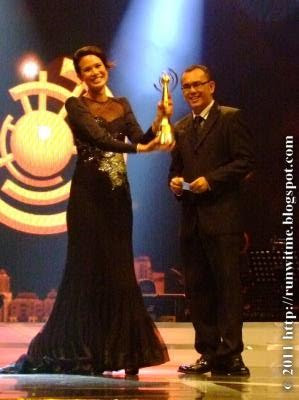 ....with other grand winners of Anugerah Seri Angkasa. 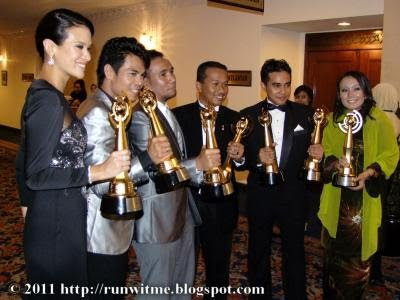 Currently Elaine Daly can be seen on Bella, a women talkshow on Monday to Friday 11.30AM and Sunday 1.30PM on ntv7. She also has recently launched her won collection of bags called Daly Bags. 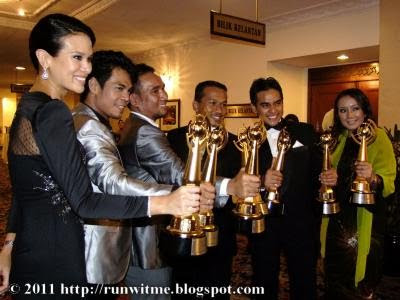 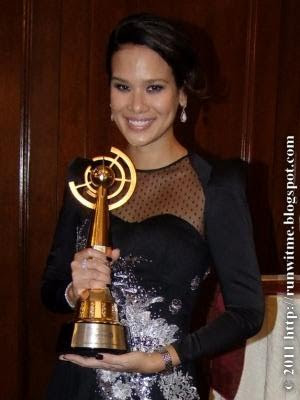 We didn't get the chance to watch the series because we do not have Astro at home. The trailer looks impressive though.

Check out the trailer of "Apa Dosaku" featuring a bloody, bruised and battered Elaine Daly below!

hi hi... great blog!! My heels were 'Christian Louboutin' not Blahnik. :) Love love the pix tho :)

Thanks Elaine for visiting my humble blog. I'm not an expert on shoes...But I did asked one fashion blogger and he told me they were Manolo! Fail! :)