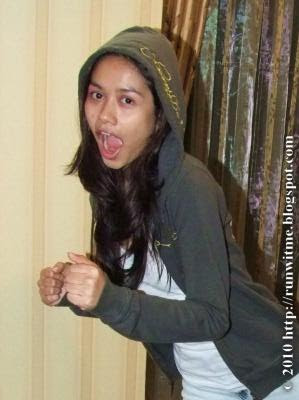 We caught Liyana Jasmay after the first show of Siti Di Alam Fantasi at Istana Budaya on 22 Dec 2010. I think she was tired from the show and meet the fan session after that but she gave her best running pose anyway. :) 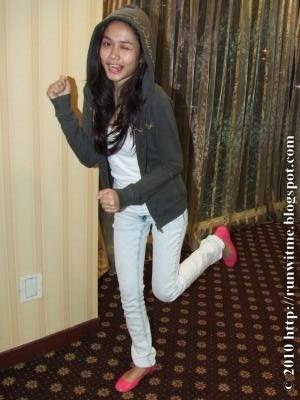 Liyana plays a spoilt brat called Siti in the musical. She was last seen in Istana Budaya in Teater Natrah. 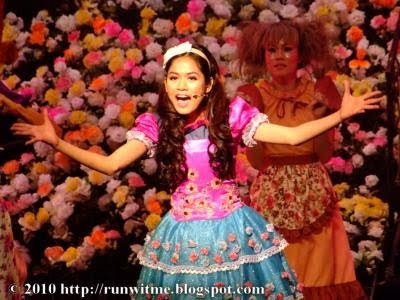 Liyana was perfect for the role. She is young, cute and can act. Heheh! Not just a pretty face. She's already awarded as the best actress in the Festival Filem Malaysia a couple of years ago! 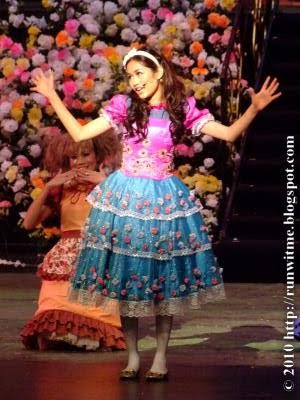 The show is entertaining. It is made for kids but as an adult, I enjoy it tremendously even though not highly original. It's like having Alice in Wonderland, Pinocchio, Little Mermaid, Wizard of Oz, Thumbelina, Beauty and the Beast and other fairy tales thrown into the blender with some local belacan.

We still like it because of the engaging characters that Siti meets along her journey to find her lost family gem. 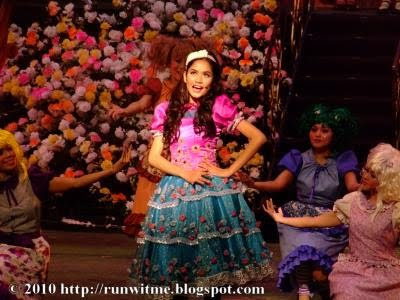 Siti growing ears and tail of a donkey. This reminds me of a scene in Pinocchio where he turns into a donkey for his bad behaviour. 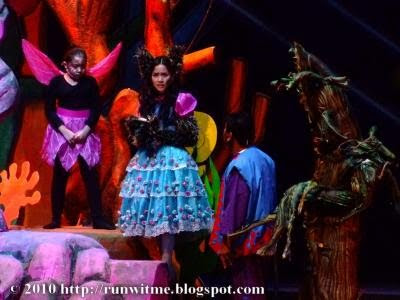 Siti being captured by Frog prince for a marriage. I remember a similar scene in Thumbellina was kidnapped by a frog to be married to the frog's son. 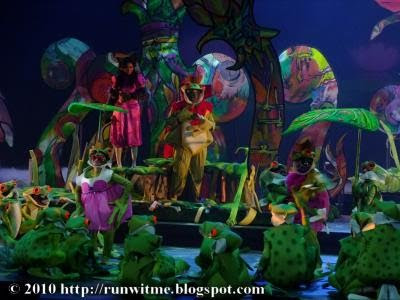 Little Mermaid? Nope, it's Siti diving into the mermaid kingdom. 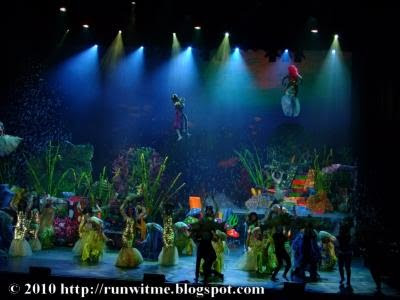 Siti found her Prince Charming after breaking his curse. And they live happily ever after. :) 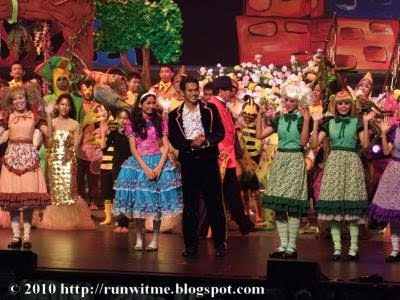 We also met Liyana Jasmay at the preview night of her latest movie Khurafat by Skop Production last Monday. That means we actually saw LJ in action three days in a row. :) 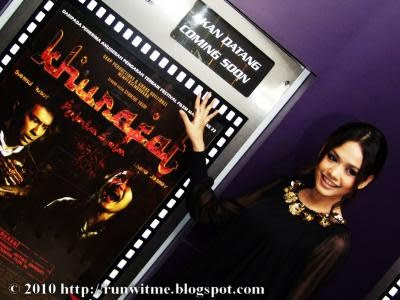 ...with Syamsul Yusof, the director and male lead of Khurafat. 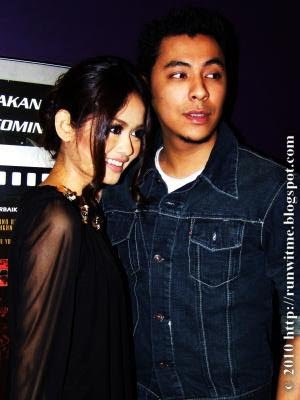 Khurafat tells a story a couple Johan (Syamsul Yusof) and Aishah (Liyana Jasmay) who are spooked by ghostly apparition after they got married. The presence of a mysterious old woman, along with the emergence of Johan's suicidal ex-girlfriend Anna (Sabrina Ali) also add to the mystery. 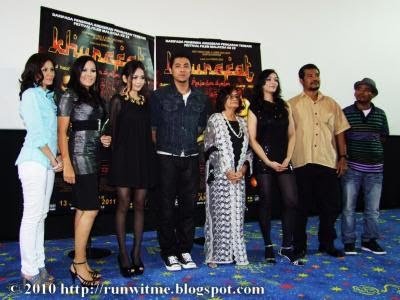 We like the final twist at the end but it is hardly original. The scare tactics also have been done to death. No longer scary to me. Maybe I had become numb from watching too many Chinese, Thai, Japanese, Korean horror films. But the movie did make my friends squeal uncomfortably in their seats. 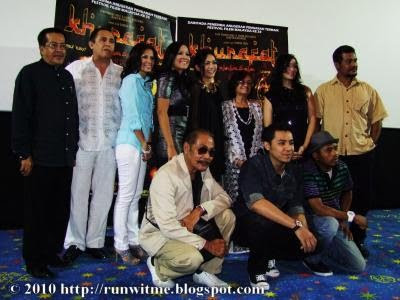 When compared to a similar themed movie called Damping Malam, we actually prefer Khurafat in terms of story and special effects. 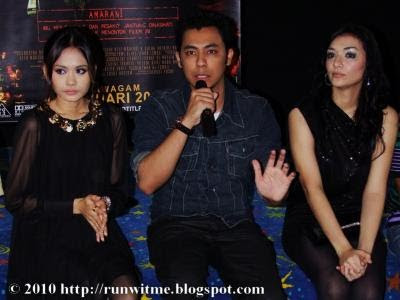 Khurafat will be showing in local cinemas nationwide starting 13 Jan 2011. 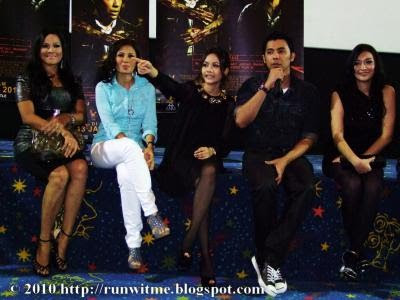