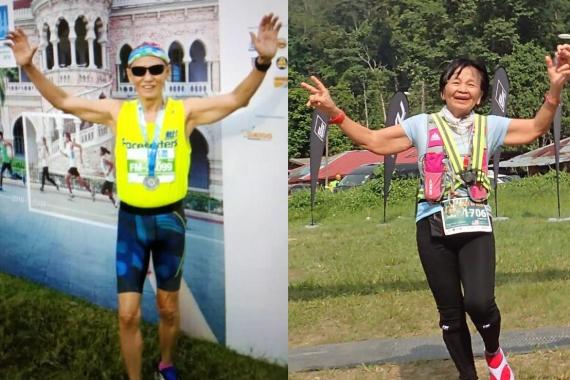 There is a Chinese saying that goes - the older the ginger, the hotter it gets. We believe these two senior veteran runners are super spicy old hot ginger when it comes to marathon running! Hooi Siew Weng, 82 and Lee Swee Luan, 71 will be joining the other 13,000 over full marathon participants in the Standard Chartered KL Marathon 2019 this September.

Here's an exclusive Q & A session with both of them. Let's learn something from them, OK? 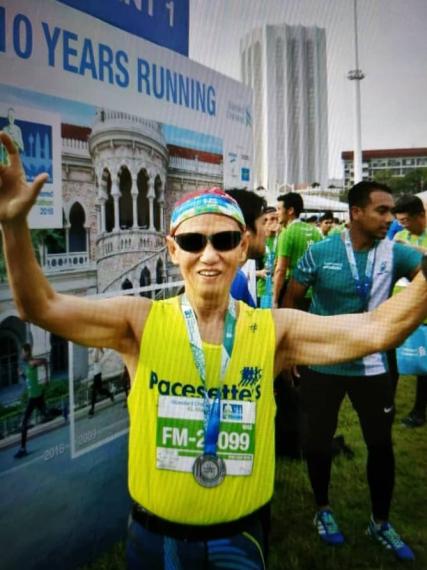 Q: When and why did you start running?
A: I started running at the age of 47 in the year 1984, because of one free t-shirt given by the running club pacesetter

Q: What is your running motto/ slogan?
A: "See you at the finishing line!"

Q: Have you ever DNF (Did Not Finish)? Where? What happened?
A: No, I’ve always finished the run 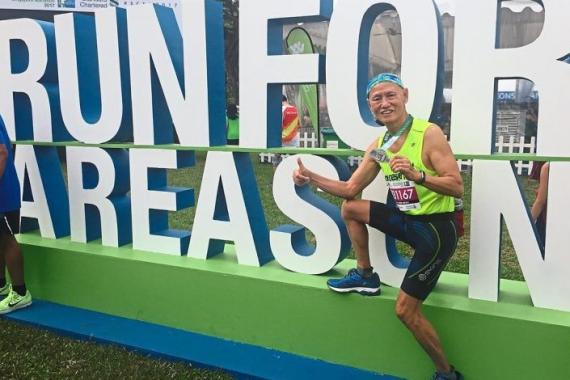 Q: What keeps you running?
A: To keep healthy, fit and strong and to meet running friends

Q: What lessons have you learned as a runner?
A: To run consistently, be patient, stay focused, as in focus on running according to my pace and not try to overtake faster runners and head to the finishing line.

Q: Finish this sentence. You know you are a runner when…..
A: I read an article in the Star newspaper inviting runners to join the run and what drives my passion in more running after the run in 1984, when my daily outfit is shorts/vest best from past running competitions.

Q: Please give some tips to the young runners who are doing their first marathon in SCKLM 2019.
A: My advice to young beginner runners is to train well, run consistently, do drink water at every water station, run safely and comfortably, run at your own pace, if you run on roads always run against traffic so that you can see on-coming cars in front and lastly do not wear new vest/shoe to prevent getting blister 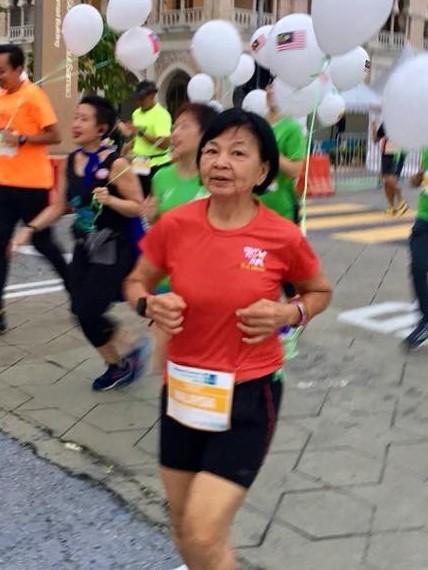 At the beginning, I joined the 5km ~ 10km runs at the neighborhood school fun run events, and
I got into the top10 position in the women’s veteran category. This motivated me to continue running.

In 2014, I asked all my family members to start running as well and some of them joined the half marathon categoty that year.

To date I have completed 2 ultra-marathons and 17 full marathons. SCKLM 2019 will be my 20th Full/Ultra marathon.

Q: What is your running motto/ slogan?
A: If i can run, why can't you.

Q: Have you ever DNF (Did Not Finish)? Where? What happened?
A: Yes, at the Penang Ultra 2017 50km. Due to 2 weeks of busy schedule prior to the race, having not enough rest and very heavy rain during the race. Having not enough sleep, I decided to DNF at 37km.

Q: What are the things that annoy you during a run?
A: Stomach discomfort.

Q: What keeps you running?
A: I meet new friends during races and get to travel the world running marathons. I have been to Thailand, Singapore, Indonesia, Hong Kong, and Taipei to run a marathon. This year in December, I am going to Japan to run the Osaka Marathon.

Q: What lessons have you learned as a runner?
A: If you feel leg pain during the run, it means you didn't train enough. Haha!

Q: Please give some tips to the young runners who are doing their first marathon in SCKLM 2019.
A: Go slow at the start and maintain a comfortable pace. A full marathon is a long distance run, you need to be able to keep moving, be it running or mixing running with walking.

This year’s run will see a record breaking high of 40,000 participants who will converge at Dataran Merdeka on the 28 th  and 29 th  of September 2019.
For more information and updates on SCKLM, please visit:
Facebook : http://www.facebook.com/SCKLmarathon
Twitter : www.twitter.com/SCKLmarathon
Instagram : https://instagram.com/SCKLmarathon
Website : www.kl-marathon.com
Posted by RunWitMe at 8/20/2019 07:54:00 am