adidas Ultraboost 19 - A New Shoe for a New Sport 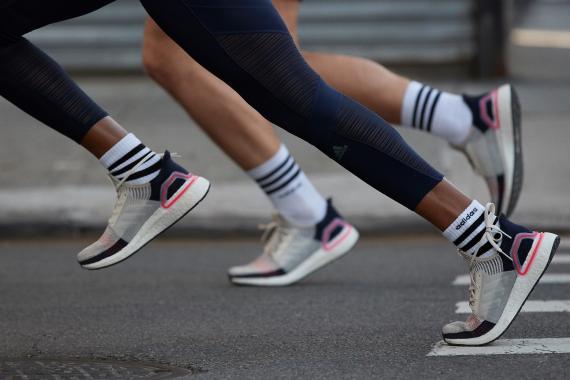 adidas designers and product developers worked with thousands of runners from around the world to create the new silhouette, in what was its most ambitious collaboration project ever.

The overwhelming feedback from runners was that running is changing, becoming younger and more democratic. With the emergence of city running clubs and fun runs, running is now a sociable sport rather than just something people do on their own.

Runners made it clear they wanted a simpler product with fewer pieces but equally high performance. To reflect that, the original adidas Ultraboost was deconstructed and reconstructed from 17 pieces to focus on four key components – Optimized BOOST, Torsion Spring, Primeknit 360 and 3D Heel Frame.
Sam Handy, Vice President Design, adidas Running, said: “In creating the adidas Ultraboost 19, we tore up the rule book. We challenged the status quo of what a running shoe should be and how it should be created. We enlisted runners from all over our network to be a part of this process, with one goal in mind – to create the most responsive, performance-driven version of the adidas Ultraboost possible. On this journey, we literally tore apart the old model and discovered new testing, manufacturing and coloring methods to really challenge ourselves to reach our ambition.”

To celebrate the new silhouette, adidas Running is launching a new marketing campaign called Recode Running which will feature prominent members of adidas Runners Kuala Lumpur. This blockbuster campaign champions the culture and creativity of ‘new running’ and its power to transform.

Retails for MYR850, the adidas Ultraboost 19 will be made available for purchase on 21 February 2019 on adidas.com.my and the following stores:
To find out more, please visit: adidas.com.my/ultraboost and follow the conversation on Instagram, Facebook and Twitter and using #ULTRABOOST and @adidasrunning.
Posted by RunWitMe at 2/12/2019 12:51:00 am