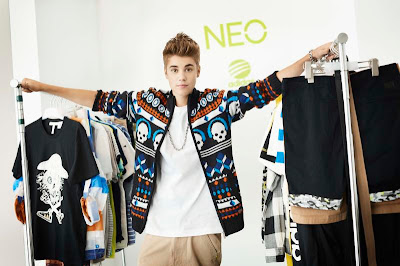 As NEO’s new global style icon, Justin Bieber will inspire young consumers with the label’s stylish and fresh teen looks through a two-year partnership until end-2014. As well as sporting his favorite NEO looks, Justin will make appearances for the label in its major markets throughout 2013 and share its latest news and collections through his vast social media reach. He will front NEO’s seasonal campaigns under its “Live Your Style” positioning, with Spring/Summer 2013 to debut in February. Teens will be able to shop for his favorite NEO looks and personally selected styles for each season. 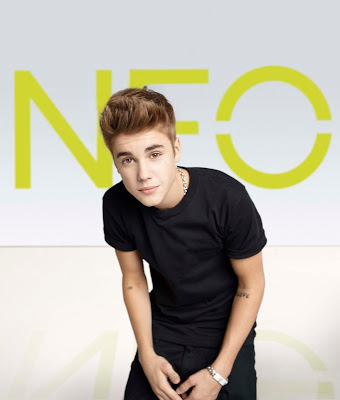 Talking about the news, Justin Bieber spoke of NEO, the newest addition to a brand he has always loved. “I found a real connection with NEO because it is about fashion, freedom and being true to who you are. With my new album, Believe, I am spreading the message of believing in yourself. The first step is showing who you are, and one of the great ways to showcase yourself is through fashion. For me style is an adventure, something to have fun with and NEO believes this too.” he said.

To mark the appointment, adidas NEO Label and Justin launched a worldwide competition to find his NEO sneakers online in the ‘Find My Golden Shoes’ challenge. Pictures of Justin’s exclusively customized NEO gold sneakers as seen during his Believe World Tour concerts were hidden online and one lucky entrant each week over five weeks gets to win a pair of the NEO gold sneakers and an all-inclusive trip to meet Justin on tour in Miami. In Malaysia, Sofiana Selaiman from Kuala Lumpur, managed to bag the lucky prize to meet Justin Bieber. 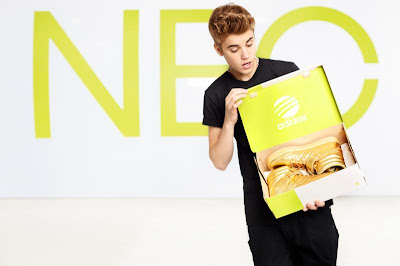 Hermann Deininger, Chief Marketing Officer adidas Brand, said Justin Bieber possesses an undeniable young, fun spirit and energy that embodies the adidas NEO Label. “Justin makes his mark in his own bold and expressive way through fashion, music and style. Justin will help us spread the spirit of NEO worldwide and showcase the brand’s sports and lifestyle inspired apparel and footwear silhouettes,” he added.

adidas NEO Label is one of the proud sponsors of Justin Bieber’s “Believe” world tour 2012/2013. To watch the video message of Justin announcing the news go to www.facebook.com/adidasneolabel. To stay up to date on all things NEO, including the labels’ fresh new looks and Justin Bieber’s seasonal favorites beginning 2013 visit www.adidas.com/NEO.