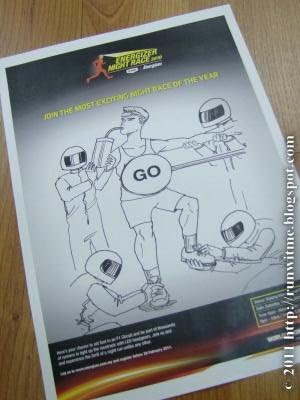 If you have registered for the race, you must have received a postcard from Energizer featuring a photo of a runner being "serviced" like a FI car at the Sepang International Circuit.

Check out the original idea in the above picture.

Thanks to the generous people at Energizer, we were invited as the bloggerazzi (blogger + paparazzi) to snoop around behind the photo shoot last month.

The runners/ models were selected from those who have submitted their photos in a Facebook call out earlier. Check out the pics from the audition HERE.

The photo shoot took place at Sepang International Circuit - the same circuit where 10,000 runners are going to blast off this coming 16 April in the Energizer Night Race. 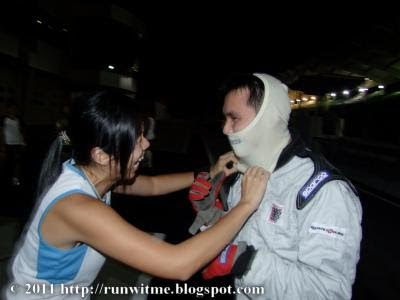 Meet the three models for the shoot. The chosen one is runner, Fabio Lee (middle). 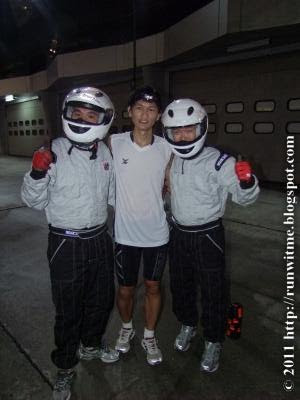 Drink and massage for Fabio... 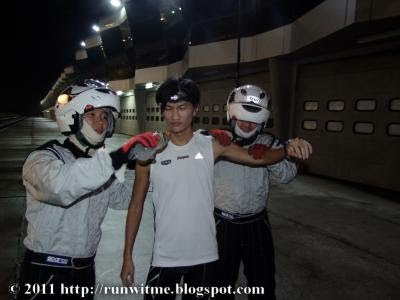 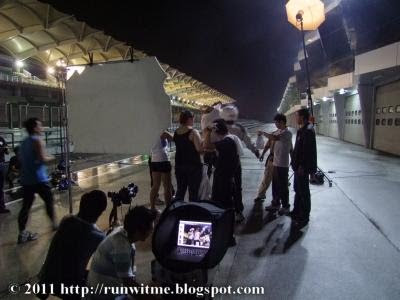 The shoot was challenging. First we were attacked by mosquitoes. Didn't know that Sepang International Circuit are infested by those annoying mozzies! Then, we got hit by the rain....

Thank God the rain stopped, the mosquitoes disappeared and the shooting continued. 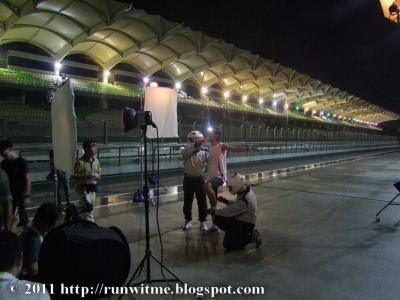 Since only three models were required for the shoot, the rest of the runners kept themselves busy by their own ways....Heheh! 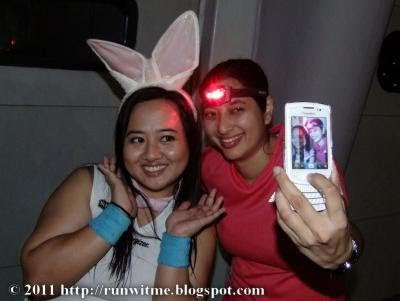 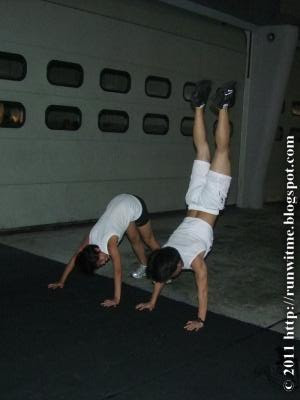 Some played with the props...LOL! 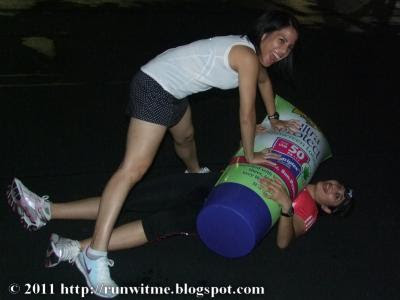 Some did their own photo shoot. 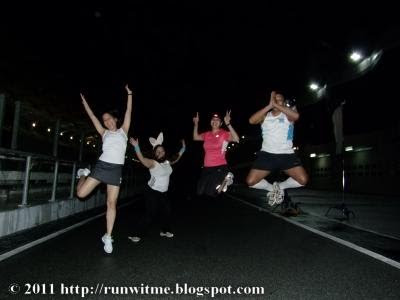 Some just sat there while looking pretty so effortlessly. Heheh! 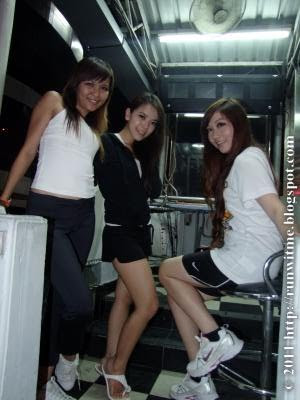 They instructed Fabio to sprint from one end of the paddock to the other before snapping his pic so as to capture some real facial expressions and the "runner's high" on camera! 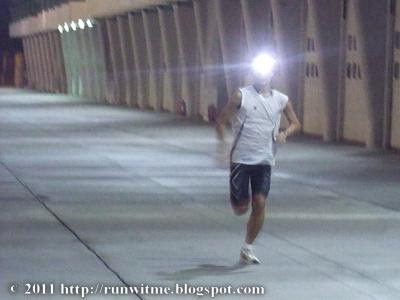 Who said being a model is just about striking a pose? Heheh! 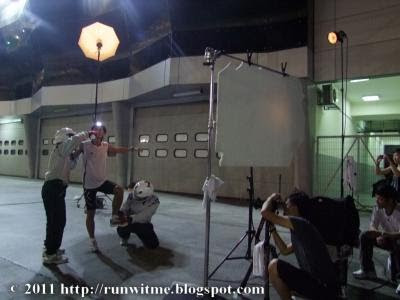 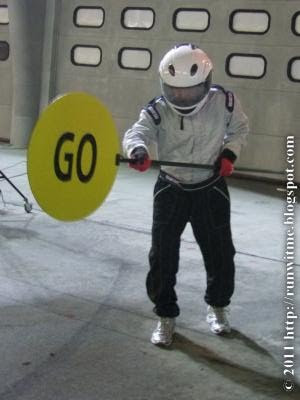 The finished product. The wonder of photoshop, eh? 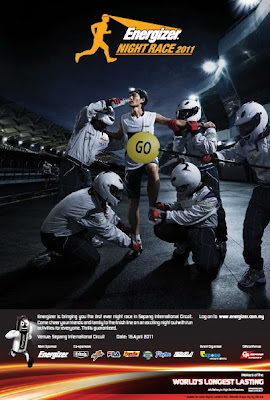 Just few more weeks to the actual day! Are you guys ready with your headlights? :)

Nice behind the scene reporting Max! Is it only a few weeks more? Not training at all. Die liao la like that.

whats up with the bunny girl? been seeing her everywhere. is she a runner also or one of the models?
~lucia