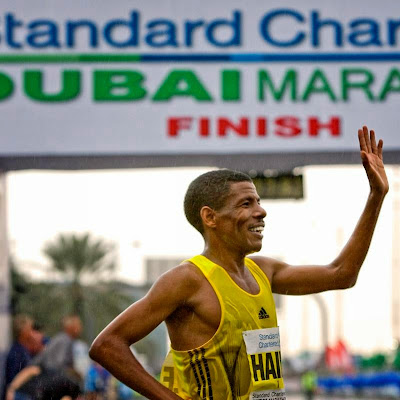 After Gebrselassie, who set 27 world records during a stellar career, announced his retirement, Standard Chartered Dubai Marathon Event Director Peter Connerton was quick to praise an athlete he described as having taken the event to the next level with his three consecutive victories. 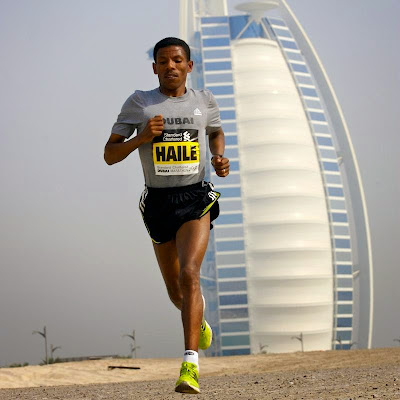 “When Haile agreed to compete in Dubai in 2008, he took the Dubai Marathon to another level in international athletics,” said Connerton. “His profile as one of the greatest long distance runners in history speaks for itself so to have him compete in your race is a testament to the quality of the event.

"The decision of HH Sheikh Mohammed bin Rashid Al Maktoum, Vice President and Prime Minister of the UAE and Ruler of Dubai, in association with the Dubai Sports Council, to provide record prize-money was an important milestone for us but to have Haile compete - and go on to win on three consecutive appearances - took us to a greater global audience.”

Connerton added that despite competitive retirement, Gebrselassie will always have a place on the start line in Dubai. “Haile is a wonderful ambassador for the sport and a great friend of the Dubai Marathon - we wish him well in his retirement and will be happy to welcome him back to Dubai any time in the future.”
Posted by RunWitMe at 5/12/2015 10:52:00 pm