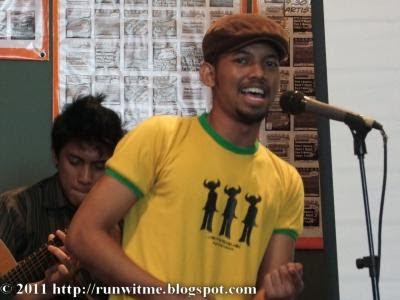 It is very common in US to see popstars singing their national anthem before the start of a sporting event like the Superbowl, NBA, etc. Whitney Houston, Beyonce and even Rosanne Barr have had the honour to belt out "The Star Spangled Banner" at major sport tournaments before.

Now, we can experience the similar patriotic game opening ritual here in our own sport arena. 2crank.com with the collaboration with AirAsia Asean Basketball League (ABL) will be providing new and upcoming talents to sing Negaraku LIVE before every home match.

This was announced in a press conference held at Artista Bar & Restaurant in Tropicana City Mall yesterday. 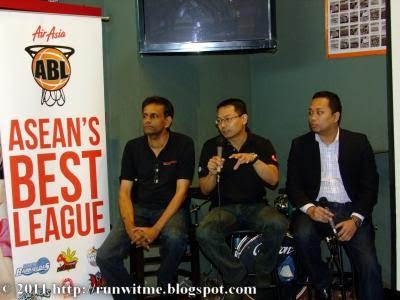 2crank.com is web based portal for independent and new musical talents which was established about 1 year ago. It boasts over 5,000 new members and over 800 original compositions. 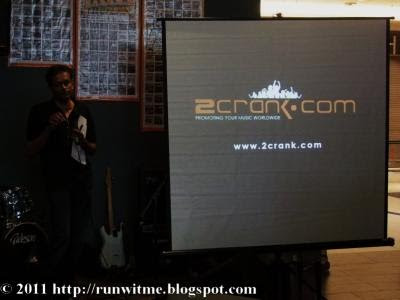 With the collaboration, ABL will be providing a platform to promose and expose the young and upcoming talents from 2carnk.com across te region via its official website, social media network and weekly highlights in the TV programs via ESPN as well as local terrestrial TV stations in Malaysia, Indonesia and the Philippines. 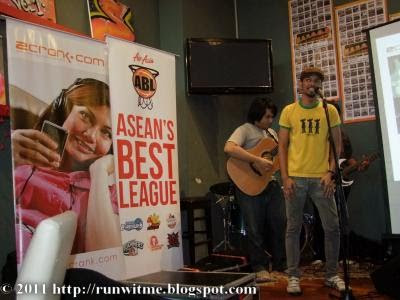 During the press con, two new acts of 2crank.com got the chance to showcase their talent to the media.

This is Angie Lym. 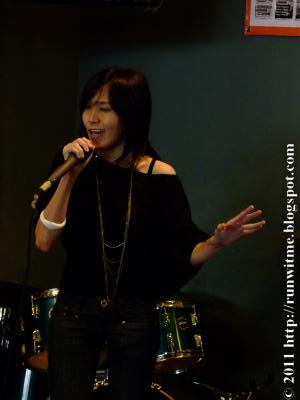 We were completely blown away by this young man - Azfar Allias. He belted out two original compositions - Hanya padaNya and Mimpi Siang Hari in an acoustic set.

It was soulful, heartfelt and uplifting! We love it! 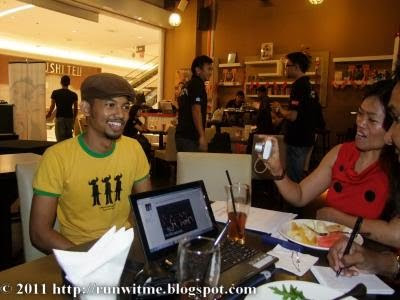 We had the chance to have a little chat with Azfar Allias after the performance.

Citing Jamiroquai (we noticed the Tee. LOL!), John Legend and James Brown as his musical influence, he writes and sings his own compositions. He used to sport an afro but he had to chop it off because of his studies. :(

Watch out for this upcoming new talent! 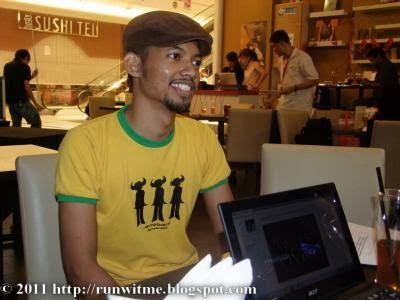 Of course, we asked Azfar Allias to give us his best running pose. What do you think? 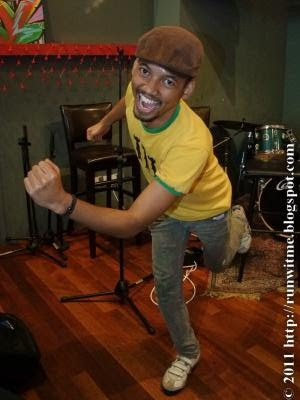 Check out a soulful rendition of Negaraku by Nadia Aqilah at the ABL last November below: