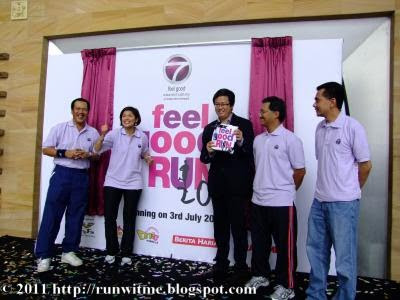 Petaling Jaya, 27th January – Get active, have fun and feel good at ntv7’s Feel Good Run 2011 this coming July! The Home of Feel Good celebrates the station’s 13th anniversary this year by sharing the joy of being with friends and family, having fun while getting healthy, with the Feel Good Run 2011, to be kicked off on Sunday, 3rd July, at Sri Pentas, Bandar Utama in Petaling Jaya.

“Being healthy is key to feeling good – as the Home of Feel Good, it’s our pleasure to celebrate our thirteenth year with the public by hosting the Feel Good Run 2011, which is a charity run event packed with plenty of fun and healthy activities for the whole family,” says Airin Zainul, ntv7 General Manager.

“The fun run’s focus on togetherness, health and charity additionally makes it the ideal event for corporate bodies to participate in,” she adds.

The Feel Good Run 2011 comprises a charity run with four categories, a mini carnival, and stage events. Proceeds from the fun runs will be channeled to Yayasan Jantung Malaysia, National Cancer Society, and The National Autism Society of Malaysia, and Malaysian Aids Foundation. The event will also be enlivened with the participation of numerous celebrities, enabling the public to get up-close and personal with some of the nation’s well-known personalities.

With fees of RM25 for participants aged 13 and above and RM10 for those aged 12 years and below, the four categories of the charity run are as follows:

Participation from corporations is also welcomed. Registration is open from 19th March and closes on 3rd June and can be done online at www.ntv7.com.my/feelgoodrun. Manual registrations can be done at the following:

Interested participants can also email their enquiries to feelgoodrun@ntv7.com.my or call 03-5637382 for more information.

Those who sign up for the run will each be given a race pack comprising exclusive ntv7 merchandise and fantastic goodies from various sponsors. Race packs can be collected on 1st and 2nd July at Federal Territory Amateur Athletic Association (FTAAA), Level 2C, Multipurpose Hall, Wisma OCM, Jalan Hang Jebat 50150, Kuala Lumpur, between 10 a.m. to 6 p.m. Those who wish to get their race packs delivered to them instead only need to pay an additional RM10. A certificate and memento will be presented to those who successfully complete the fun runs.

With various games and stage activities lined up, the Feel Good Run 2011 is set to be an entertaining day out for all. Joining forces to make the event a success are media partners Fly FM, Hot FM, One FM, Berita Harian and New Straits Times. 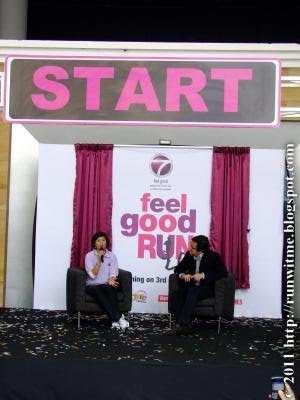 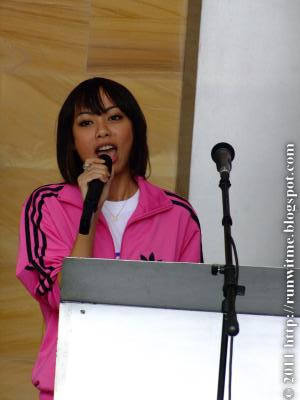 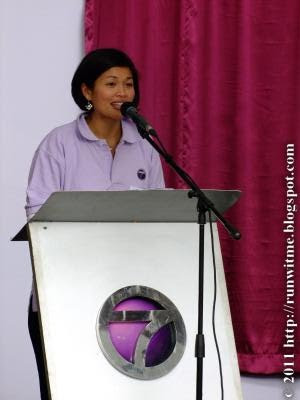 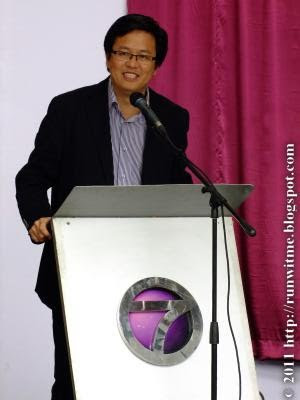 Cheerleading performance by The Pirates. 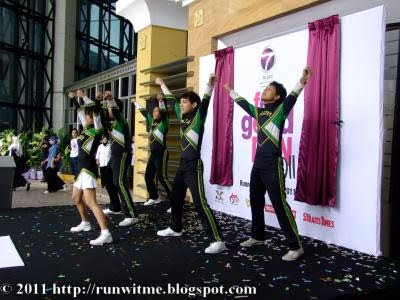 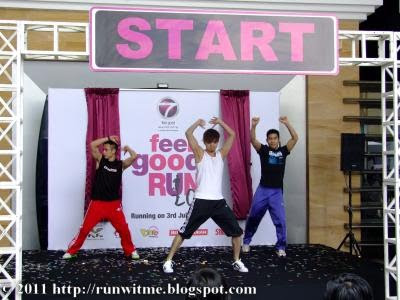 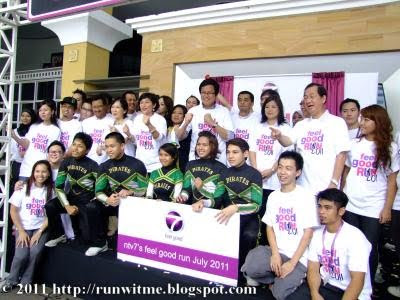 Heheh! Can't resist to ask General Manager of nt7 to do the running pose. :) 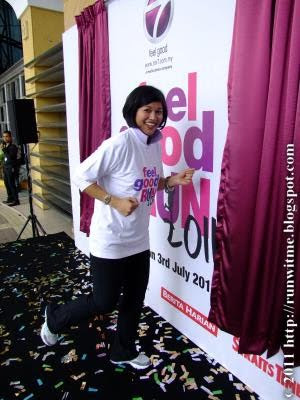 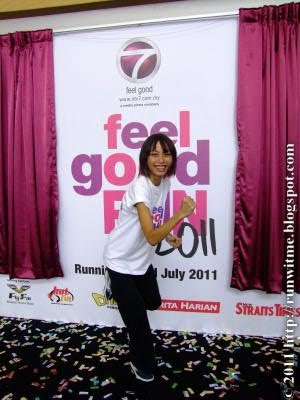 Catch the unveiling of the ntv7 Feel Good Run 2011 logo and the opening gambit in the video below.

Runwitme says: We asked Ms. Airin during the Q&A - who are the celebrities who had confirmed their participation in the run. She said it will be announced in the second press conference.

So, guys, you have about 4 months to whip yourselves into shape for this run! Lace up and go for a run!