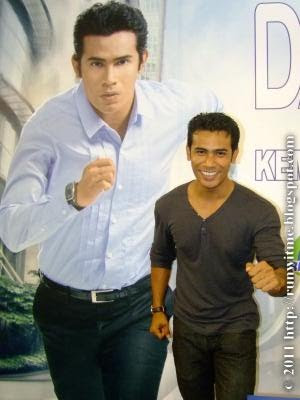 This is the second time we are featuring popular actor, Remy Ishak as Celebrunner. The first time was HERE. He couldn't "run" properly clad in sarong and wearing chapal. LOL!

We managed to get him to pose with his larger than life backdrop for Dashing for Men during a roadshow at Sogo Kuala Lumpur yesterday. 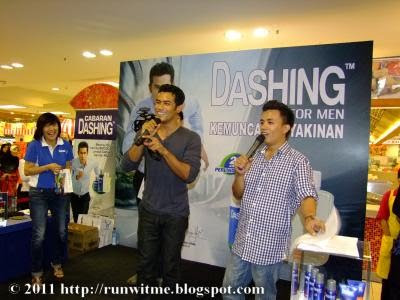 Remy Ishak has recently been appointed the brand ambassador for Dashing for Men - with improved formula and new look for its range of deodorant, talc and eau de toilette in four scents — Active, Style, Cool and Speed. 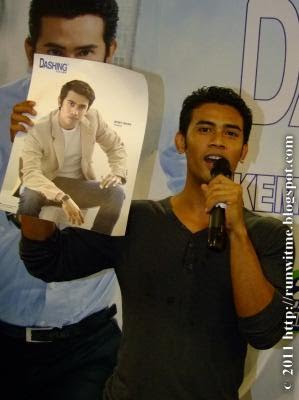 Remy Ishak is emerging as the heartthrob in the Malay entertainment world. He is even dubbed the new "Hero Malaya" because of his tall, dark and handsome look. 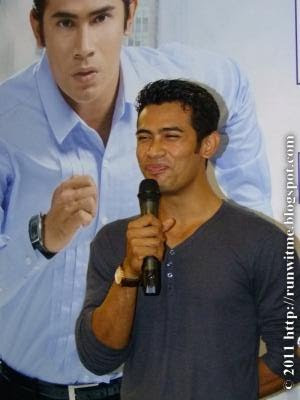 He has lost some weight though, for his new movie Bara Jiwa. 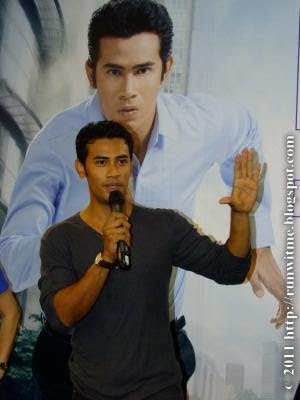 The first roadshow for Dashing for Men at Sogo featured a host of activities and challenges that put both brawns and brains to the test. 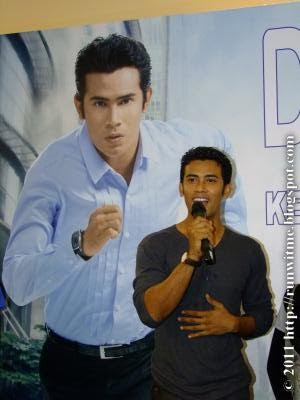 Remy Ishak testing the knowledge of his fans... 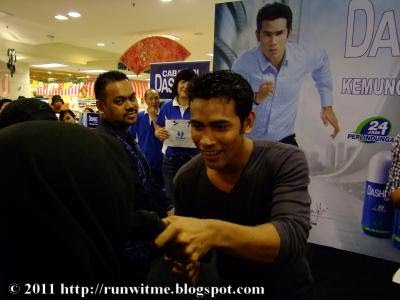 Five fans got the chance to challenge Remy Ishak in a game of Wii. 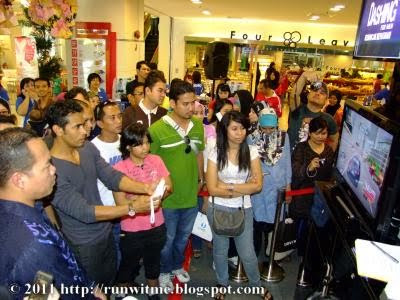 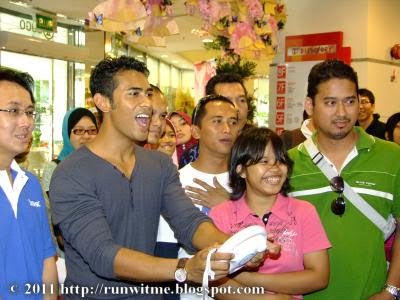 Autograph signing session. But you gotta buy the Dashing products worth RM35 and above. :) 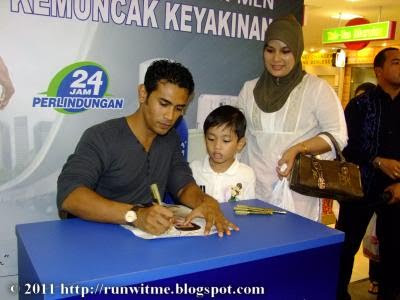 Check out the Dashing TV commercial below, featuring who else but Remy Ishak. He does a lot of dashing in the ads for sure. ;)

Thanks to Dashing For Men, those who pre-registered for the event walked home with a special autographed bottle of Dashing perfume. I will be dashing around town smelling like Remy Ishak from now on. LOL! 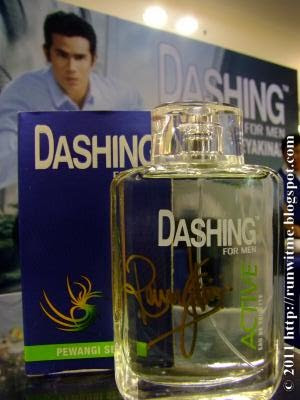 Note: Remy Ishak is going to make an appearance in the next Dashing roadshow on 29hb January (12pm-3pm) at Mydin Kubang Kerian, Kelantan! We heard Remy Ishak going to get all adventurous and do some wall climbing there! Wow!

juz want to know... is dashing eau de toillette halal? i mean can it be worn during solah performance?

juz want to know whether eau de toilette dashing is hala or can be worn during salah performance?