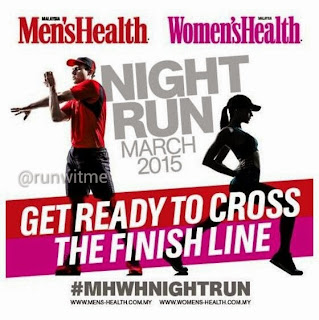 The much anticipated Men’s Health Night Run is returning—with a twist. Kicking off on 21 March 2015 (Saturday) at Presint 3, Dataran Putrajaya, we’ll be celebrating the launch issue of our sister magazine Women’s Health Malaysia on the same night. Limited to 7,000 entries registration begins online on www.hooha.asia on 1 December 2014 and closes on 21 February 2015 at midnight.

The very first Men’s Health & Women’s Health Night Run lets you work up a sweat while taking in the fantastic lights and sights of Putrajaya amidst friendly camaraderie. Here’s also your chance to take part in fun activities and walk away with awesome prizes.

An exciting goodie bag including a Karrimor high-performance running tee await each participant and fantastic prizes will be awarded to the top three category finishers in the Men’s and Women’s Competitive Categories. All participants will receive a runner’s kit and a certificate will be given to every race finisher upon completion of the run.

The event is proudly organised by Mongoose Publishing and co-organised by Twenty First Century Sports.

UPDATE: Registration is officially open! Quick, visit http://www.mens-health.com.my/nightrun2015/ to find out how to sign up now before it's too late!

Thirsty Runner 2015 - Run for Every Drop 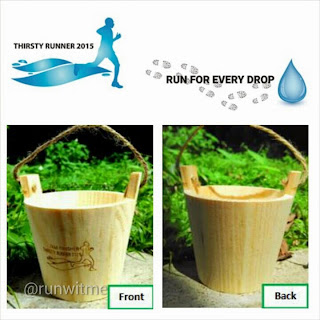 Why? The event is an effort to increase awareness and also to educate the general public to realize the importance of water sustainability. This effort is backed by its aim to ensure the sustainable development of our country and realization of all human rights through the access to water in conjunction with the World Water Day 2015. 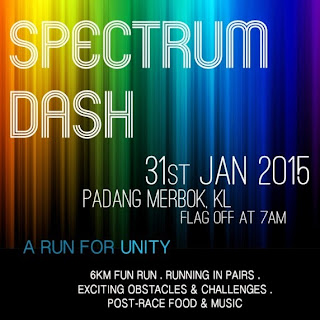 Why? All proceeds will go towards the feeding and educating programmes set up by the beneficiary- Living Hope.

How far? 6km lined with obstacles

10km Category Sold Out At The Standard Chartered Marathon Singapore 2014 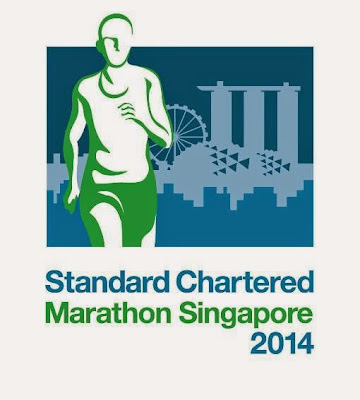 SINGAPORE, 13 NOVEMBER 2014 — More than 20,000 participants will line up on the 10km start line at the Standard Chartered Marathon Singapore (SCMS) 2014, with the final few entries snapped up this week. Runners who are keen to participate are still able to register for the Marathon and Half Marathon categories.

2. The runners in the 10km category will compete alongside Haile Gebrselassie, widely regarded as one of the greatest ever long distance runners of all time who will be running his very first race in the Lion City. The two-time Olympic Gold Medallist will also be flagging off the Marathon at Orchard Rd with Mr Lawrence Wong, Minister for Culture, Community and Youth.

3. Participants in all categories will also look forward to a smoother and more enjoyable run this year following an earlier announcement outlining route revisions designed to reduce congestion.

4. Registrations remain open for late entries in the Marathon and Half Marathon categories. Participants will have to pay a $20 late fee and will not receive a personalised race bib. For all SCMS 2014 registration details please visit www.marathonsingapore.com. 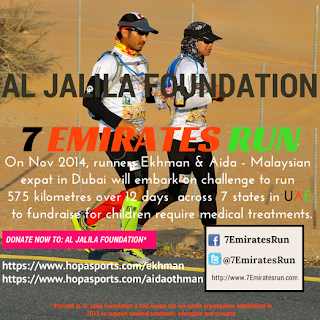 We received a little note from Aida from the UAE about her charity run. On 21st Nov 2014, she will be back on road for her second run across the 7 Emirates of the UAE. She will run for 12 days covering 575km through varied terrains; across cities, coastlines, deserts, and some hilly parts.

You can support Aida by:

(1) Donate Now
Help her raise fund for Al Jalila Foundation to bring children on their feet and to support more patients in the UAE who cannot afford medical treatment: https://www.hopasports.com/aidaothman 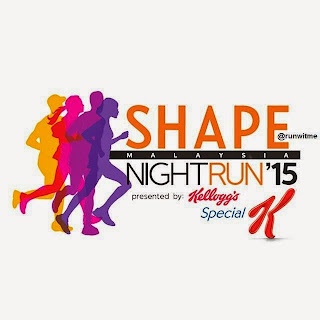 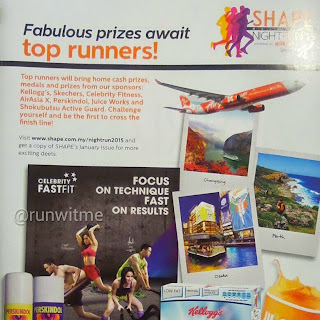 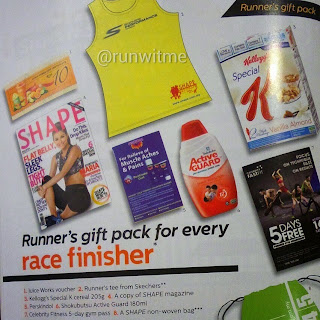 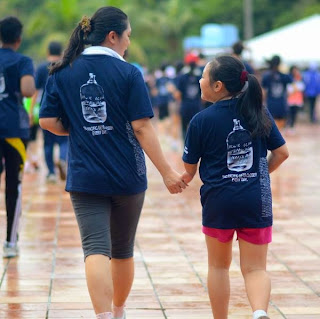 KUALA LUMPUR, 4 November 2014 – Over 6,000 Malaysians from all walks of life came together at the Terry Fox Run 2014 in Taman Tasik Titiwangsa recently to show their commitment and support for cancer research.

This year’s run was flagged off at 8am by HE Judith St. George, High Commissioner for Canada, with individuals walking, running, cycling and skating around the scenic 2 km Family and 4 km Standard routes. 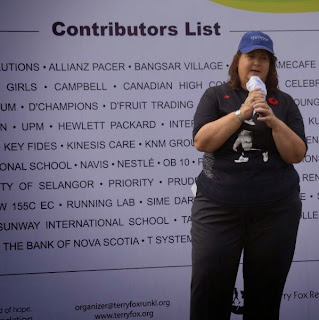 “We would like to express our utmost gratitude to the Malaysian public for the continuous support to the Terry Fox Run and their generous donations this year. It is really heartening to see the whole community come together to fight for the same cause that Terry believed in,” said Jo Tan, Chairman of the Terry Fox Run KL 2014 organising committee.

The Terry Fox Run is the largest single day fundraiser for cancer research in the world and is celebrated in honour of Terry Fox, a young Canadian and cancer patient who began the ‘Marathon of Hope’ – his inspiring journey to run across Canada to raise money for cancer research. With one leg amputated, Terry Fox became a national hero running for 143 days, completing 5,373 km before he passed away in 1981. 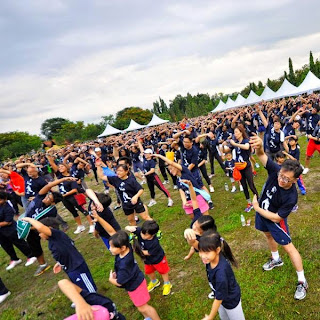 To date, the Terry Fox Run has raised more than RM 1 million for cancer research in Malaysia since its first run in 2001. Last year, the event attracted more than 6,000 participants and raised RM 260,921. This year, more than 12,000 exclusive Terry Fox Run 2014 T-shirts were sold before the run, and the proceeds of the T-shirts sales will be channeled to CARIF, the beneficiary of this year’s run.

The Terry Fox Foundation has also embraced the role cancer survivors play in the annual Terry Fox Run. Known as Terry’s Team Members, they continue to be symbols of hope for others who are stricken with cancer and undergoing the hardships of cancer treatment. Most importantly, they serve as a reminder of the legacy Terry Fox left behind, to be the voice for cancer research for the world over. 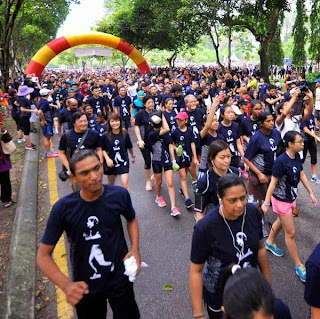 “We, at CARIF, are once again delighted to be working with Terry Fox Run in support of cancer research in Malaysia. On behalf of CARIF, I would like to thank the Terry Fox Run 2014 organising committee participants, volunteers and donors for their dedication to carry Terry Fox’s legacy to seek a cure for cancer. We are touched by the support that we have received and are motivated to go even further with cancer research in Malaysia,” said Prof. Dr Teo Soo-Hwang, Chief Executive, CARIF. 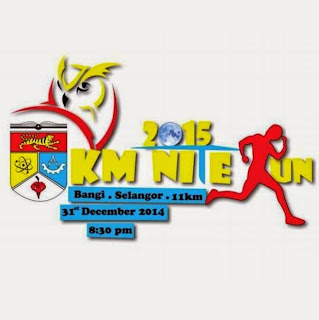 Who? Organised by "Runner Pacer Enterprise in collaboration with Pusat Sukan UKM"

Runwitme Says: Yay! A run to end the year 2014 with. Limited edition fridge magnets (see pic below) await the first 1000 runners who have successfully submitted their registrations. Finishers medal for all runners who have completed the race. 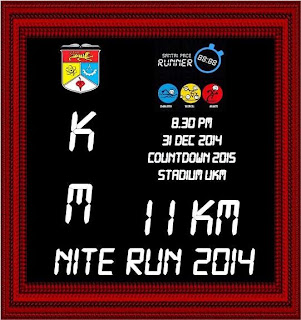 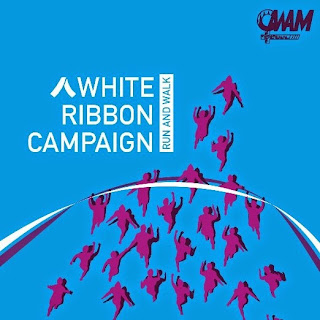 Where? Padang Merbok (off Jalan Parlimen, next to Tugu Negara)

Who? Organised by All Women's Action Society (AWAM)