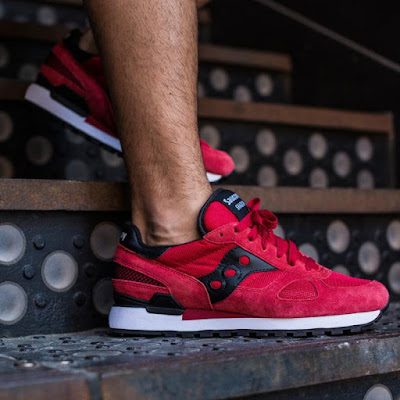 If the ‘90s are where your heart lies, the Shadow line will transport your look back to the decade of Grunge, Full House and VHS tapes. No matter which style suits you best, keep your look classic with Saucony Originals. Originally made just for running, Saucony Originals is one of a handful of brands with true running heritage. At the time, stability was a priority for runners, so we made the Shadow Original with a more supportive heel cup. Constructed with XT-600 triangular lugs rubber and “Marshmallowy’ EVA shock- absorbing midsole cushion, with fresh colorways, Shadow Original was build with performance in mind. The fit, comfort, durability, be impressed when you step into a pair of Shadow Original. 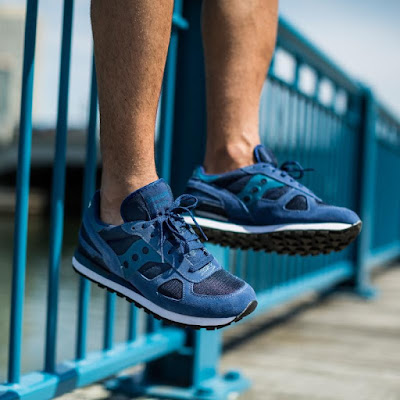 We have been bringing back some of Saucony’s finest originals to celebrate the past with quality models that not only promises comfort and function, but with great aesthetics as well. What you see on our shelves are iconic styles from a culture that spans over a century. So when you need retro kicks to match your unique style, you’ll find them in our old school collection. And when you’re buying a pair of Saucony, you’re taking home a piece of running history. 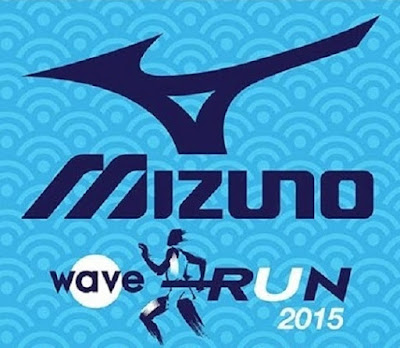 This run has been postponed because of haze. And now, it is back!

All other event details remain the same. Please take note:

RUNNERS ARE REQUIRED TO BRING ALONG YOUR RACE BIBS TO BE ELIGIBLE TO RUN.

ONLY RUNNERS WHO COMPLETED THE RACE ON 13TH DECEMBER WITH YOUR RUNNING BIBS WILL BE ENTITLED TO THE FINISHERS MEDAL.

NO REFUND will be entertained.

For any further inquiries, please message the organisers through the World Of Sports Facebook. 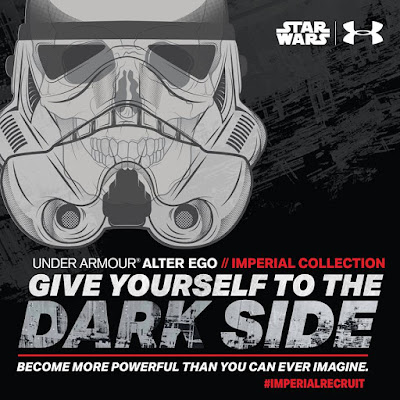 What a sight to behold! If you are Star Wars fans like us, you would probably cream your pants already. Heheh! Check out the latest Under Armour Star Wars - The Imperial Collection.

This collection, in collaboration with Star Wars: The Force Awakens, features current designs of iconic characters’ armour on the Compression baselayers, which offer an ultra-tight, second-skin fit, delivering a locked-in feel to keep muscles fresh and recovery time quick. Graphic T-shirts are also available for those who prefer a fit that is less snug.

The full armour of one of film history’s most emblematic villains, Darth Vader, is imprinted in one such design, and another features a play on the instantly recognisable phrase, “the dark side”. In the Darth Vader baselayer, the sleek black armour is replicated in the Compression shirt, representing the character’s relentless resilience, in line with Under Armour’s I WILLTM mantra to never give up. Other designs feature the signature pristine white armour of the Storm Trooper character, elite soldiers of the Galactic Empire. 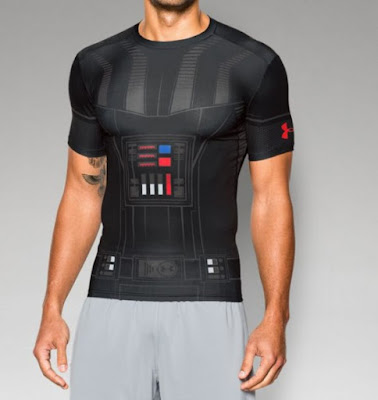 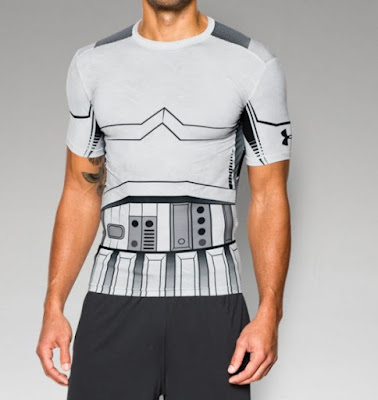 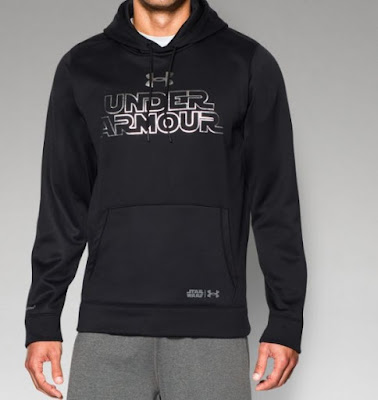 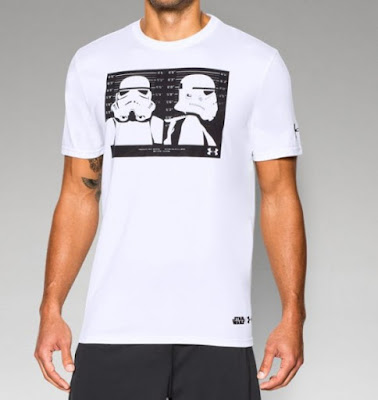 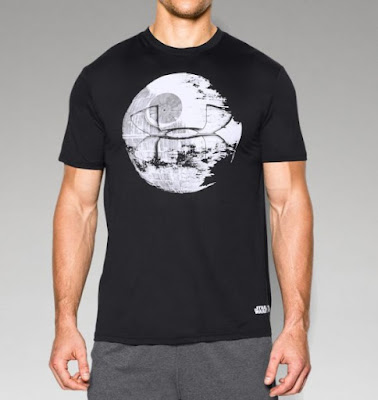 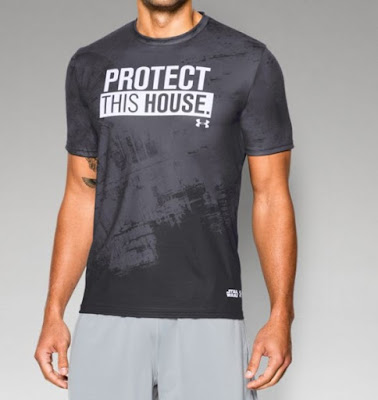 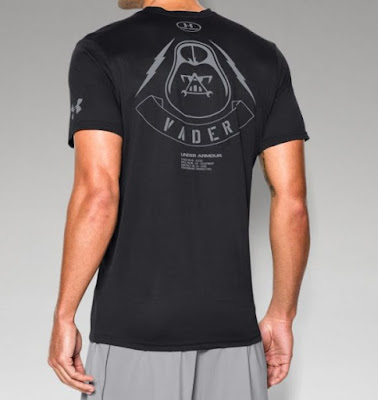 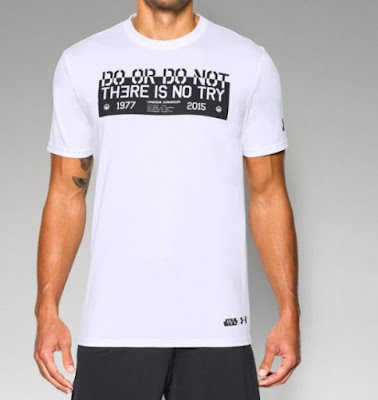 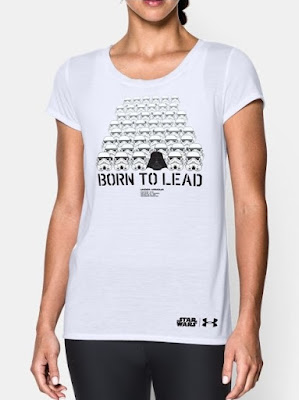 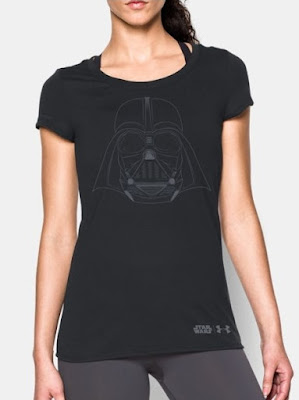 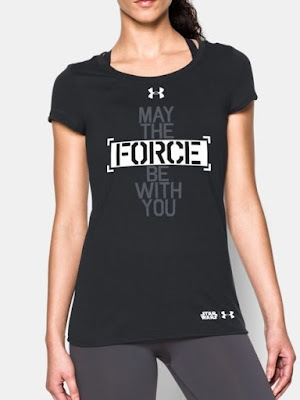 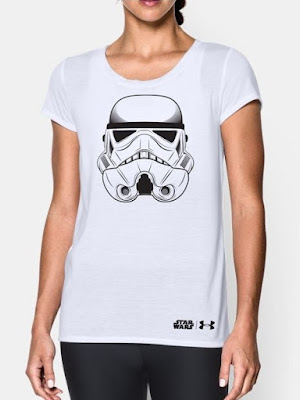 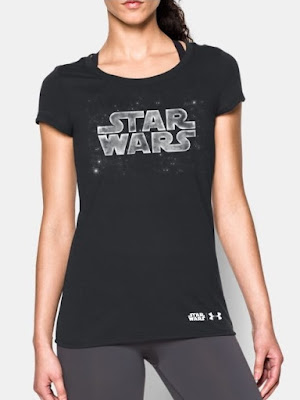 The collection is already launched in Singapore. We do not know when the Force will arrive in Malaysia. We were told that you can sign up here to get update on the collection.-> HERE. 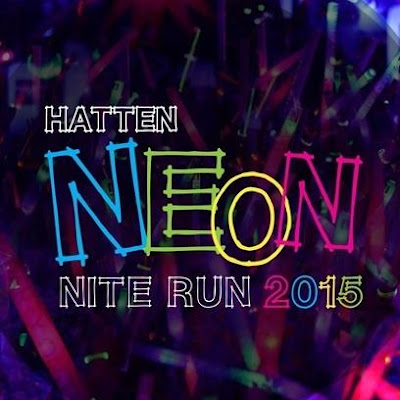 Melaka, November 2015 – After an adrenaline-packed kick off in 2014, the Hatten Neon Nite Run is back due to popular demand; this year it’s going to be bigger, bolder and brighter!

Hatten Group is bringing back Melaka’s most exciting year-end event to usher in 2016. Flagging off from Padang Pahlawan, Melaka on 31st December 2015, the route runs through the heart of the city, passing through historical landmarks and circling back to finish at the Padang. Three categories are making a debut this year, the Men’s and Women’s 7km Open and the free and easy 3km Family category which everyone, both young and old, can enjoy. 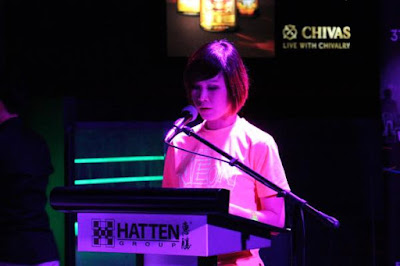 The main highlight of the event is the vibrant Neon theme. Participants will be given Neon ‘glow-in-the-dark’ race kits which consist of high quality dri-fit neon jerseys, bibs, wristbands and glow-sticks. Several pit stops will be stationed along the route so participants can enjoy Neon activities such as the illuminated tunnel, UV graffiti, 3D photo ops, splash and dance-off.

Hatten Group takes it a step further by teaming up with charity beneficiary, UNICEF. In addition to the fun activities and health benefits, Neon Runners will also be running for a cause as Hatten Group is donating RM5 for each participant. Hatten will also double the sum when participant numbers reach more than 5,000 pax - all proceeds to be directed to children in need across the world via the trusted channels of UNICEF. “We are proud to be the charity beneficiary of Hatten Neon Nite Run 2015. The event brings people together in a fun-filled atmosphere while spreading awareness of the suffering of children in developing and war-torn countries. Each runner is making a difference in the lives of those in need,” said Mr. Richard Beighton, Chief of Private Sector, Fundraising and Partnerships, UNICEF.

The number of participants topped over 3,000 pax last year. This year is expected to record over 5,000 pax with the nationwide coverage and multi-platform publicity surrounding the event. The objective of this Neon Run is to encourage a healthy, active lifestyle among the local community. It will also draw attention to Melaka’s rich culture and architectural heritage with an aim to boost tourism in the state as Hatten Group collaborates with the authorities at Majlis Bandaraya Melaka Bersejarah (MBMB) and Tourism Promotion Division, Melaka to make this event a success. Adding to the excitement is a deeper and more meaningful element – the tie up with UNICEF. 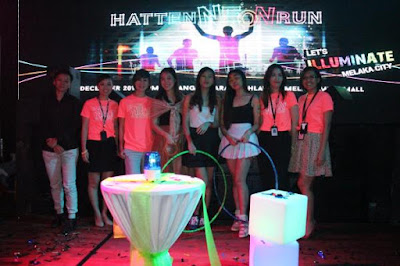 Ms. Penny Ong, Director of Group Corporate Communications, Hatten Group adds “We had such an overwhelming response last year that we are making it bigger this year! We upgraded the Neon race kit, extended the route, added more pit stop activities, introduced the family category and more importantly, we injected a deeper layer of meaning to the event with the charity component. Hatten Neon Run 2015 will give our community a chance to share fun and memorable moments with loved ones as well as give hope and spread joy to children in need – what better way to usher in year 2016.” 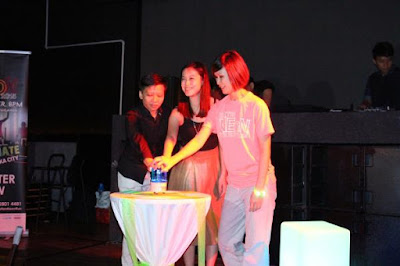 Registration for the Hatten Neon Nite Run is now open! Entry fees are RM55 nett per pax for Individual Men’s and Women’s Open, RM45 nett for Students (photocopy of Student ID is required) and RM105 nett for the Family Category (max. 5 members). 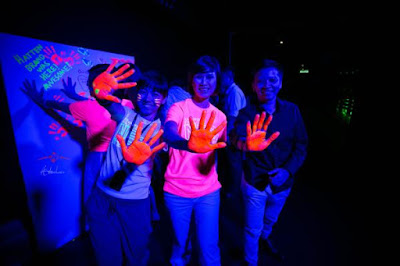 Register online at www.hattenneonrun.com or via manual registration at LG, Dataran Pahlawan Melaka Megamall Information Counter. For more information, please contact the appointed event organiser – Concepteleven at 010 2260227 – May Teh. 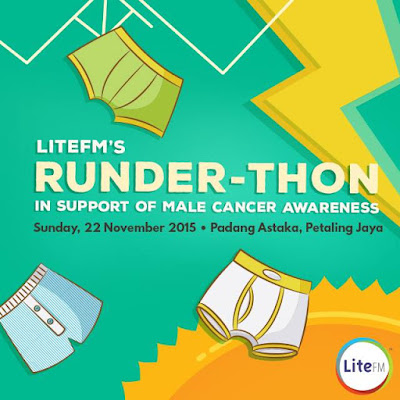 Take part in LiteFM’s Runderthon on Sunday, 22 November 2015, 8am at Padang Astaka Petaling Jaya to help us raise awareness on male cancer.

Show up wearing your craziest and most colourful pair of boxers and get ready to run 1.5km for a good cause! It's FREE!

**All runners are to wear their boxers over their black cycling shorts. 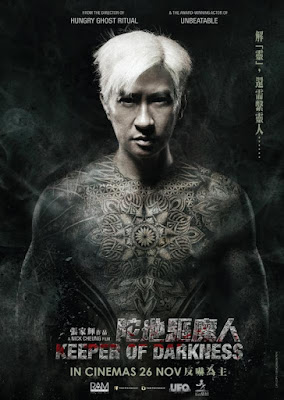 Nick Cheung Ka Fai’s once again take the seat as director and cast after his 2014 Hungry Ghost Ritual release.

This new horror movie tells the story of an exorcist, who becomes famous when his exorcisms are recorded and go viral on the internet, but then it attract unwanted attention from the media and the underworld.

The generous people at RAM Entertainment is giving 10 lucky readers of this blog two tickets each to watch "KEEPER OF DARKNESS" Special Preview Screening.

Here's how you can win. Answer this simple question

Who is the director of KEEPER OF DARKNESS?

The 10 readers will win a pair of tickets each. Send your entry via email to runwitme@gmail.com with the subject "KEEPER OF DARKNESS" not later than this 20 NOVEMBER (Friday). Winner will be contacted via email. Do include your FULL NAME, IC Number and Phone number.
Posted by RunWitMe at 11/09/2015 01:12:00 pm No comments:

Media Release: Mountain Dew U We Glow Fun Run 2015 - Glow As One Nation 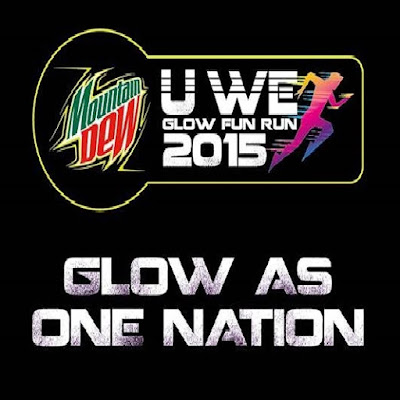 Petaling Jaya, 28 October 2015 - In an effort to bring an extraordinary experience to the running community closer together, Lab Anchor have put together a unique night glow run – which is set to be Malaysia’s first 5km UV paint glow run. With collaboration with Mountain Dew Malaysia as the title sponsor for Mountain Dew U We Glow Fun Run 2015. 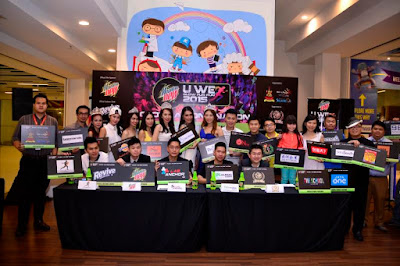 The main objective of this night fun run is to promote a healthy lifestyle among Malaysian of all walks of life. Besides promoting running for a healthier living, part of the ticket sales collection will be donated to charity organization to ease up their daily expenses needs. The CSR campaign will be supported and carried out together with a reputable award association, namely Asia Golden Dragon Award along with their charity team.

"This fun run is in line with Mountain Dew’s positioning as an edgy lifestyle brand which encourages things out of the norm,” said Permanis Sdn Bhd Vice President of Marketing and Business Development Hemalatha Ragavan. “Neon is currently the ‘in thing’ in our society and since we started the momentum and buzz with the launch of our neon Mountain Dew packaging, we aim to be part of any neon or glow activation in the country.”

There will be 4 UV stations along the 5km route where participant will be splashed with UV paints and run through a UV tunnel at each station. Participant gets to enjoy music and most important is to take lots of photos. As safety is the main priority, the UV paints are imported from US and it is non-toxic.

“We are very excited on this glow night run. Glowers (participant) will be colored with UV paints and run through the UV tunnels. Prepare yourself to be splashed along the stations along the route,” said Derek, co-organizer of Mountain Dew U We Glow Fun Run 2015 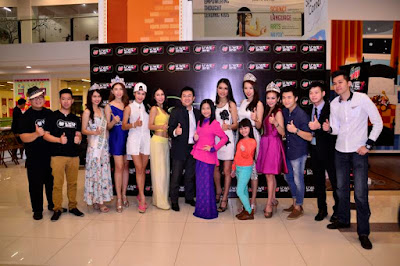 “We are glad to get support from the local celebrities for a good cause,” said Brian, official Mountain Dew U We Glow Fun Run 2015 social media partner

Lastly all the participants get to stand a chance to win a lucky draw. There are more than RM10, 000 worth of prizes to be won. Come and register yourself at http://www.themarathonshop.com.my/uwe2015