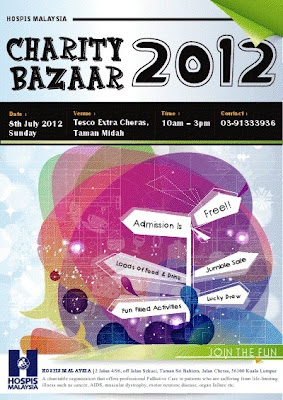 Hospis Malaysia will be organizing their Annual Charity Bazaar to raise fund and awareness on their works and services in palliative care. The details are:

It’s open for everyone. As usual, there will be stalls selling clothes, crafts, accessories, books and of course, food. It will be a FUN day! There are many ways you can support them:

- take up a booth and sell whatever you want to sell

- sponsor items for them to sell

- be a VOLUNTEER on the event day 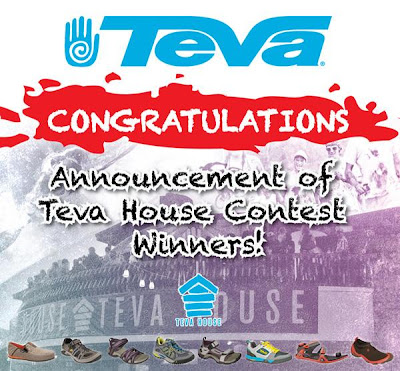 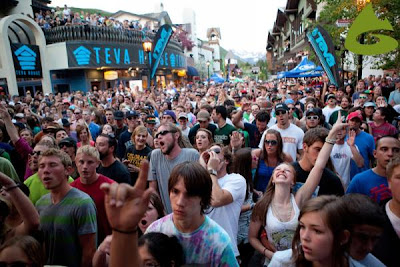 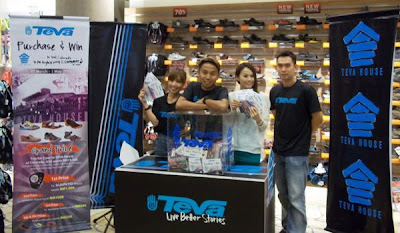 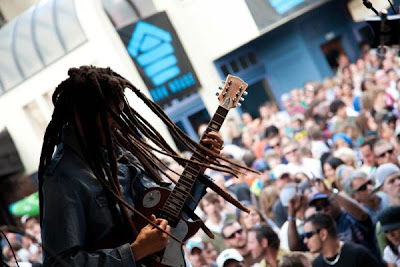 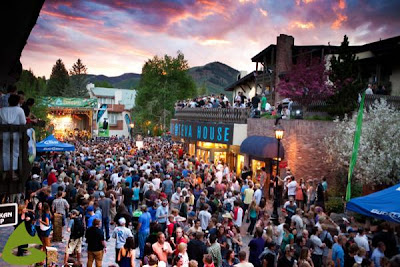 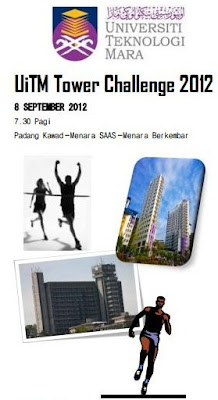 
Who? Organized by Pusat Sukan UiTM and Runners Club UiTM 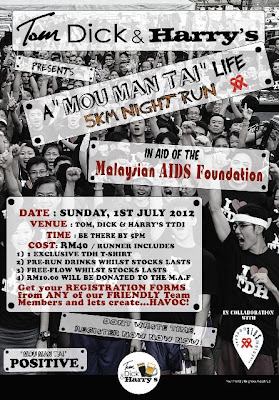 
Why? RM10 of the RM40 registration fee will go to Malaysian AIDS Council.


How? Get your entry form at the outlet and like their FB page HERE. 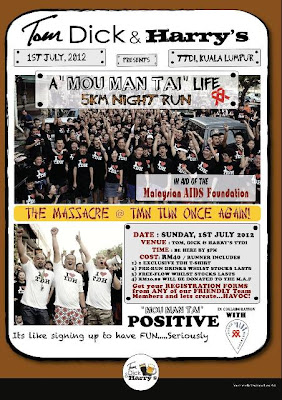 And if you have 7 minutes to spare, check out the video below! 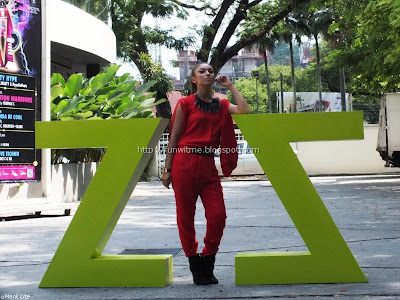 The wait is over! Mizz Nina arrives with her second solo album aptly titled Take Over! She wanna take over the charts and the dance floors with her two-disc album. 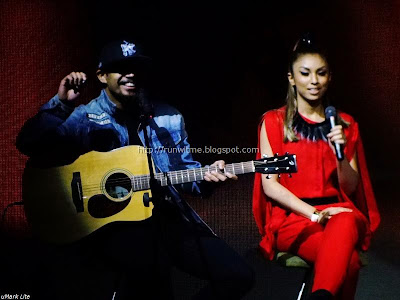 The launch was held at Zouk Club last Saturday afternoon. Same place where she launched her first album in 2010.
She also had Noh Hujan to play with her on stage just like the last time. The only difference is now they are happily married. :) 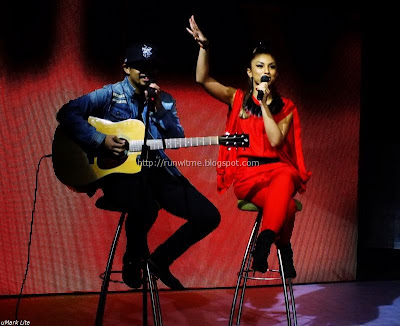 Disc 1 of Take Over has 7 original new songs including her hit single, Take Over featuring Flo Rida. Disc 2 contains remixes of her songs by local DJ like Goldfish, Blink and DJ Fuzz. 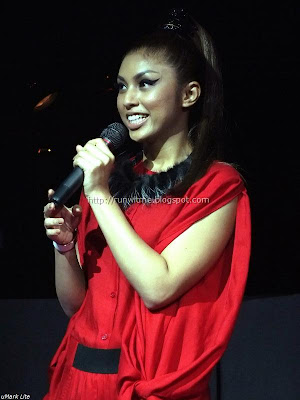 She also premièred her two music videos at the launch - Rentak Yang Sama and With You. We like the latter. It has got more colours and vibrancy. 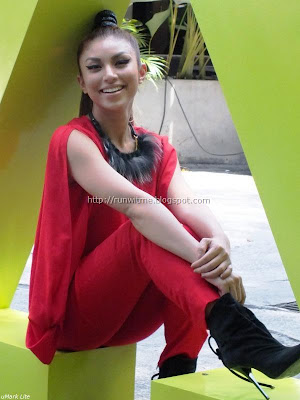 We believe Take Over has what it takes to take over the charts and the dance floors. We have it on repeat mode since we got our hands on it. Wait for the review soon. :) 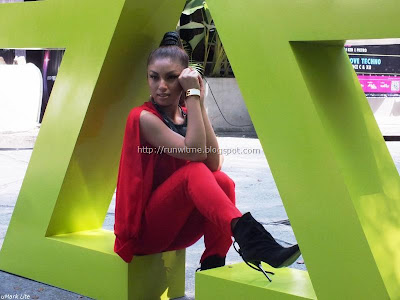 There were cupcakes for the guests! Yummeh! 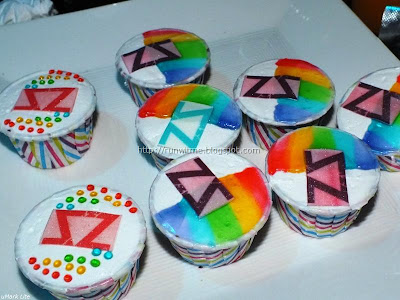 Mizz Nina performed the acoustic version of Take Over accompanied by her sayang, Noh. It is the sweetest video we have ever seen in a long time! Check it out! 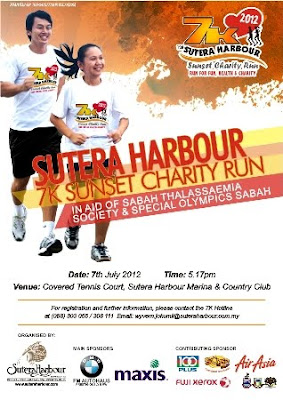 Started in 2000, the 7K Run is a part of the Sutera Harbour Resort’s Corporate Social Responsibility (CSR) initiative which its main objective is to raise funds for the 7K beneficiaries namely the Sabah Thalassaemia Society and Special Olympics Sabah. It is also aim to gather the community of Kota Kinabalu in the spirit of giving, friendship and at the same time encourage and promotes a healthier lifestyle in a fun environment. The 7K Run is also a litter free event in line with the City’s go green efforts.

Participants would need to register to run a 7km route which begins and ends at the Covered Tennis Court, Sutera Harbour Marina & Country Club. Registration fees are RM28.00 per adult and RM18.00 per child/student inclusive of a fun event t-shirt. 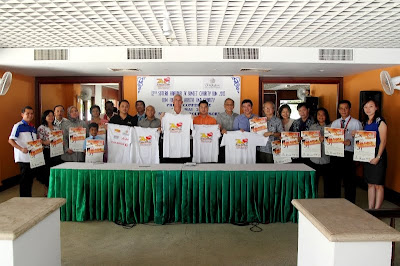 Runners who completed the 7km route within 77 minutes are entitled to win lucky draw prizes drawn at the much anticipated 7K Post Run concert. In addition to live entertainment, there will be food and games stalls with nett proceeds from the stall sales going to the 7K Charity Run beneficiaries. Emceeing the 7K Run this year are DJ Velvet from SuriaFM KK and DJ Myra of SuriaFM KL.

Among those set to entertain the crowd at the 7K Post Run is Aliff Aziz, a Singaporean artist who recently launched his new album, Jangan Ganggu Pacarku.

The 7K Run will be flagged off by YB Datuk Peter Pang, Minister of Youth & Sports Sabah while YBhg Datuk Abidin Madingkir, Mayor of Kota Kinabalu City will flag off the second run for the VIPs and patients of Sabah Thalassaemia Society and the Special Olympics Sabah. .

The official drink is F&N/100 Plus and the event is supported by the Ministry of Youth & Sports Sabah, Kota Kinabalu City Hall and the Federal Youth & Sports Department in Sabah.
The 7K official radio station this year is Suria.FM through Suria Pagi Kinabalu segment at 105.9fm from Monday to Friday.

The main sponsors for the 12th Sutera Harbour 7K Sunset Charity Run are the BMW FM Autohaus and Maxis. Other sponsors include Air Asia, Fuji Xerox and Milo.
The 7K Collection Cards for the school were also distributed to the schools in the district of Kota Kinabalu through the Headmasters’ Council of Kota Kinabalu where a certain percentage of the gross amount collected will be divided between the schools for their educational funds and the 7K beneficiaries.

Registration is now open and the entry forms are available at the Member Relations Counter at Sutera Harbour Marina, Golf & Country Club. For registration and more information, please contact Clara Lim at the 7K Hotline (088) 303341. 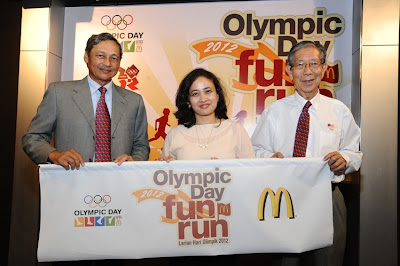 Kuala Lumpur, 23 April 2012 – McDonald’s and the Olympic Council of Malaysia (OCM) today announced the return of the much anticipated Olympic Day Run, which this year will be one of the main warm up activities in the run up to the London 2012 Olympic Games.

With the growing popularity of the event, some 12,000 participants are expected by the organizers for this year’s run; which will take place from 7.00 a.m. onwards at Dataran Merdeka on Sunday, 8 July 2012.

“The annual Olympic Day Run keeps us connected to the spirit of the Olympics but this year’s run is particularly special as it is also one of the main events leading up to the Summer Games and it would be wonderful to see as many Malaysians as possible participating this year as a show of support for the national team,” said OCM Honorary Secretary Dato’ Sieh Kok Chi.

McDonald's, as the Official Restaurant of the Olympic Games, works with National Olympic Councils around the world for this event and in Malaysia has been working with OCM since 2004 for the annual global event that encourages the practice of sport by all.

"Through this alliance with OCM, we are really excited to bring the Olympic Day Run to Malaysians again this year as it is an event which brings people from all walks of life and of varying skill levels, and allows them to be part of the Olympic Movement,” said Corporate Communications Director of McDonald’s Malaysia, Najat Fuad.

“So we strongly urge everyone to sign up for this great opportunity to be part of the Olympic spirit and use it as an opportunity to kick start a healthy, active lifestyle which includes balancing what we eat and how that energy is used,” added Najat.


The distance for the Olympic Day Run will range from 3 km to 7 km, depending on the category.

Entry forms are available at all McDonald’s restaurants nationwide and the Federal Territory Amateur Athletic Association’s (FTAAA) headquarters. Deadline for participation is on 24th June 2012 or when participants reached 12,000 participants which ever is earlier.

About the Olympic Day Run
The Olympic Day Run began in 1987 to commemorate the foundation of the IOC on June 23, 1894 by Baron Pierre de Coubertin. The event continues to grow in popularity internationally, from 45 participating National Olympic Committees in its first year to more than 100 at present. More than ten million people, including those with disabilities, have participated in the Olympic Day Run around the world.

About McDonald’s and the Olympic Games
McDonald’s commitment to the Olympic Movement began in 1968, when the company airlifted hamburgers to U.S. athletes in Grenoble, France, after they reported being homesick for American food. McDonald’s has served its menu of choice and variety to millions of athletes, their coaches, families and fans. London 2012 marks the ninth consecutive Games that McDonald’s will feed the athletes as the Official Restaurant of the Olympic Games 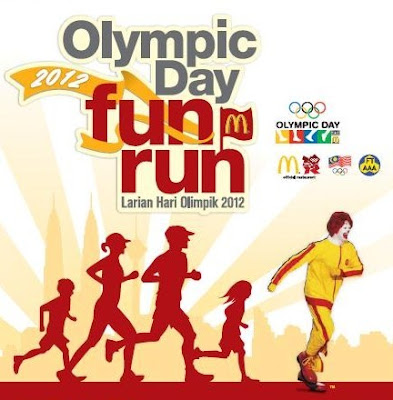 Why? To celebrate the spirit of Olympic! 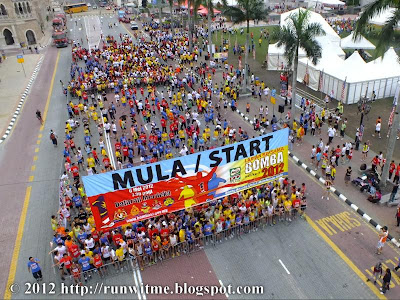 Thanks to the ever helpful guys from the Bomba Department, I get to go up the aerial platform on the fire truck this morning! The run is held in conjunction with the International Firefighters' Day.

Check out the video below!


Photos of winners and more coming soon! Come back for updates! 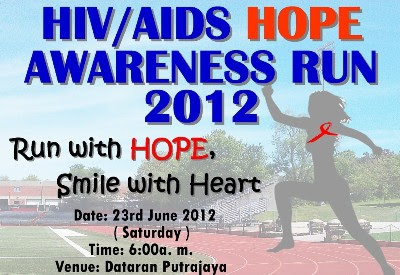 Who? Organized by AIESEC Malaysia

Why? A part of the profit will be donated to the shelter home. 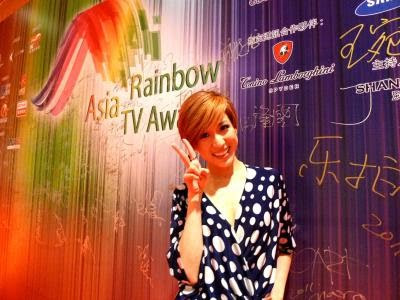