Save Our Rainforest Race (SORR) will be held in Taman Botanikal Melaka, Ayeh Keroh, Melaka This Year Kuala Lumpur, 29 January 2019- Pertubuhan Pelindung Khazanah Alam (PEKA) Malaysia is proud to announce the launch of the Save Our Rainforest Race (SORR) 2019. This year's SORR will see participants hiking through the beautiful forests of Taman Botanikal Melaka, Ayeh Keroh, Melaka on 30th March 2019. 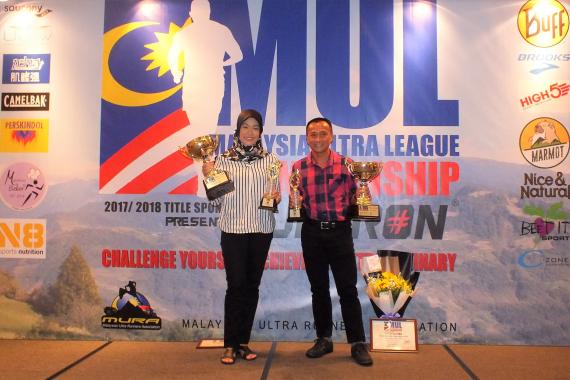 The MUL 2017/18 season’s Top 20 Men & Women ultrarunners took centre-stage for the award ceremony that were attended by runners, race organisers, sponsors, special invited guests and media. Malaysians Lau Say Niong & Maulina Bueng were crowned the men’s and women’s champions respectively. In addition, awards will also be presented to the most impressive ultrarunners of the Trail, Road and Fixed Time formats.

MURA past President Ng Seow Kong said, “The MUL Gala Dinner & Award Ceremony is very important for MURA because it closes the ultrarunning season in a significant and meaningful way by applauding the finest of all the ultrarunners within the league. This event highlights the strength of the MUL Championship and it is a great credit to all those involved in the journey.”

This season, which was sponsored by Ultron, concluded with 34 ultramarathon races, in contrast to 23 races in the inaugural prior season. “There will be about 45 races in the current 2019 MUL season, further reinforcing Malaysia as the premier destination for ultrarunning in the neighbouring region,” added Ng Seow Kong.

A total of 4,297 individual runners, 3,396 men and 901 women, 79% and 21% respectively participated in the MUL. The total number of race entries in the league was 7,640, considering each runner’s race starts individually. This is an increase of 27.8% in total race entries and 13.9% in unique individuals’ participation as compared to the previous MUL season. 47 nationalities comprising 84.4% Malaysians and 15.6% international runners made up the MUL participants. 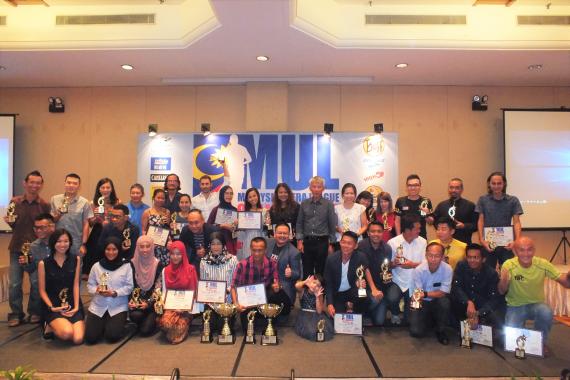 As for the 2019 MUL Championship, it has been announced that a revised points system will be implemented. It will reward more points to the top 10 finishers of each race and more bonus points for faster finish times. These changes are expected to incentivise improvement in ultrarunning performance.

For ultramarathon race organisers, it aims to provide an avenue to promote races that are on par with international quality. 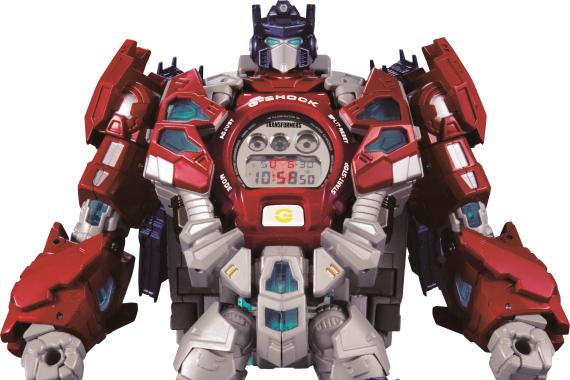 Celebrating the 35th Anniversaries of Both G-SHOCK and TRANSFORMERS; Figure Converts from a Robot to a Pedestal for the Watch

Casio Computer Co., Ltd. has released a new collaboration model bringing together the G-SHOCK brand of shock-resistant watches and the globally popular TRANSFORMERS franchise. The new DW-6900TF-SET includes a G-SHOCK watch and a TRANSFORMERS figure that converts from a robot to a pedestal for the watch, and back again.
Read more »
Posted by RunWitMe at 1/24/2019 11:12:00 pm No comments: 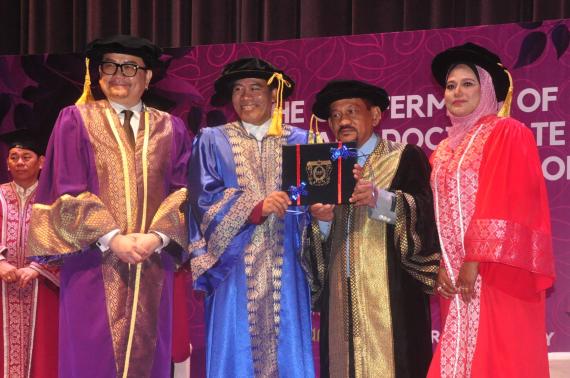 Petaling Jaya, 22 January 2019 - Dr. Helmi Harun (also a well-known artist that goes by his stage name, Helmi Gimmick) has been actively involved in the Network Marketing industry for the last 20 years. He has successfully made several products which are now popular in the market and helped more people to achieve a healthier lifestyle. His achievement and contribution to the society have earned him the Honorary Doctorate in Business Administration by SABI University. France.
Read more »
Posted by RunWitMe at 1/23/2019 12:45:00 pm No comments:

EXCLUSIVE: Did You Manage to Spot This Heavily-camouflaged Runner in the Twincity Marathon?

Is that a hairy ghost? Is that the Swamp Thing? Is that a tree bark?

Many runners and spectators were perplexed by the choice of running gear of this runner in the Twincity Marathon, last weekend. Well, folks, this guy was actually running in a ghillie suit - a type of camouflage clothing designed to resemble the background environment such as foliage. Anyone familiar with PUBG would know. Heheh!
Read more »
Posted by RunWitMe at 1/21/2019 10:31:00 pm No comments: 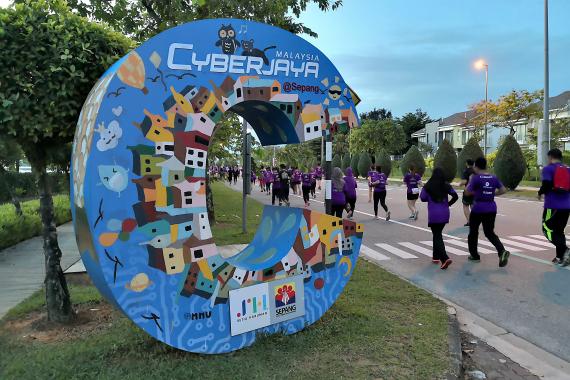 Twincity Marathon - the go-to marathon event should you want to start the year with a 42,195km run. Me? I'm sticking to 12km. Running 42km for a bowl of cendol is just too much work! Yes, this is the one and only marathon event that serves ice cold cendol, among other food along its route in Cyberjaya.
Read more »
Posted by RunWitMe at 1/20/2019 09:47:00 pm No comments: 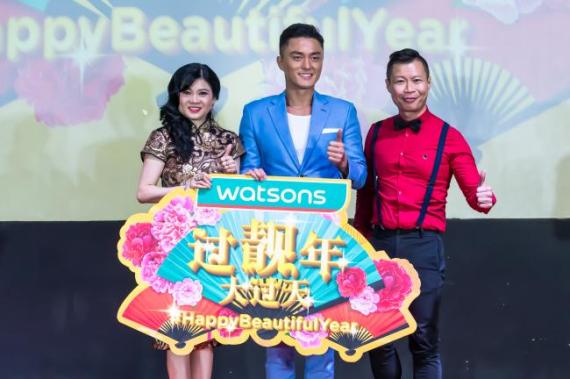 It is tradition of #HappyBeautifulYear at Watsons. The largest health and beauty retailer in Malaysia and Asia ushers into Chinese New Year with a star-studded campaign video set in an opulent style of 1940s Malaysian Chinese and “East Meet West” culture infusion featuring local celebrities, popular social media influencers, and an original musical score. Of course, the storyline of this video comes with a twist – Watsons style.
Read more »
Posted by RunWitMe at 1/18/2019 11:34:00 pm No comments: 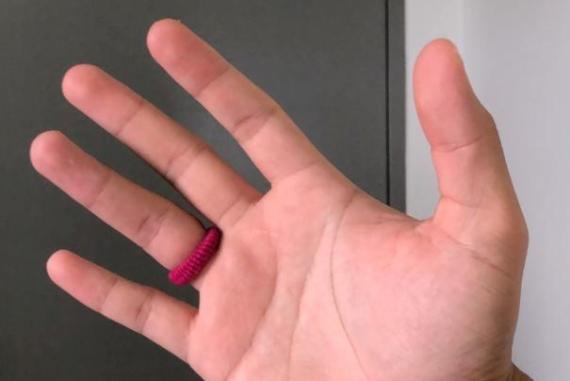 First of all, we would like to thank all the participants that joined the January Shah Alam Car Free Day this morning. We have received a lot of questions in regard to the distribution of medals. Some of the participants who got the “ring”(colourful hair band) didn’t get to receive their medals after the event due to an unfortunate incident.

Some of the runners who completed the route early think they deserve to get the medal even though they do not have the “ring”. We refused to compromise as the medal should only be given to participants with the “ring”. One woman participant entered our tent, grabbed a pack of medals and threw it out to the participants who were outside the tent. Then, everyone in front of our booth flipped our tables and invaded our tent to snatch the medals. Due to the chaotic and violent situation, I have instructed all of our crew members to leave the tent for safety purposes. Therefore, some of the participants (participants who finished the route after the incident) with the “ring” did not get their medal.

We hereby apologize on behalf of the unacceptable behaviour of a small proportion of the participants. We will discuss with the organizer(MBSA) to see what we could do and what we could improve in Shah Alam Car Free Day.

JomRun has decided to volunteer and sponsor MBSA’s CFD because we see it as a meaningful event not only to residents in Shah Alam, but also people who are staying outside Shah Alam. We will continue to support MBSA in their community building events and help them to build a healthier and more active community. 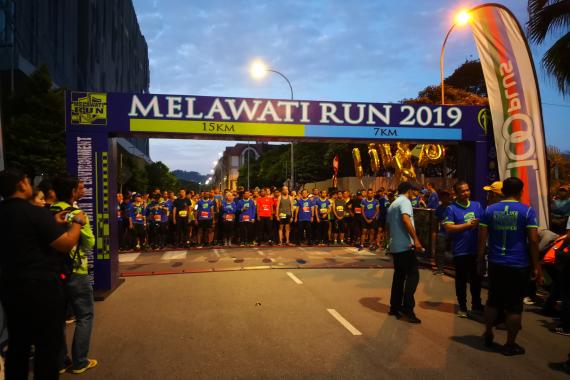 This running event has improved over the year! In 2009, I had sworn not to participate in the event ever again after having a bad experience. There was not a drop of water provided in the route for the runners for the 10K runners and the traffic control was seriously lacking. But fast forward, 10 years later, I must give Kelab Rekreasi Taman Melawati (KRTM) a pat on the back for the many improvements done on the run.
Read more »
Posted by RunWitMe at 1/12/2019 05:40:00 pm No comments: 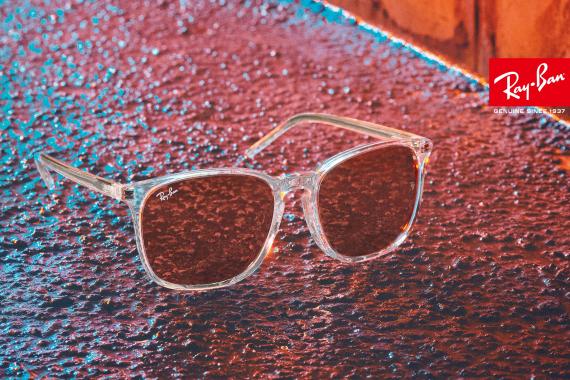 It's that time of the year again where family and friends reunions take place day in, day out. Most get ready by hitting the malls on a hunt for new, bright coloured and fancy outfits to wear on house visitations and reuniting with family and friends.

Due to New Branding Strategy, Paragon Vest Had To Replace Brooks Apparel with PRIME? 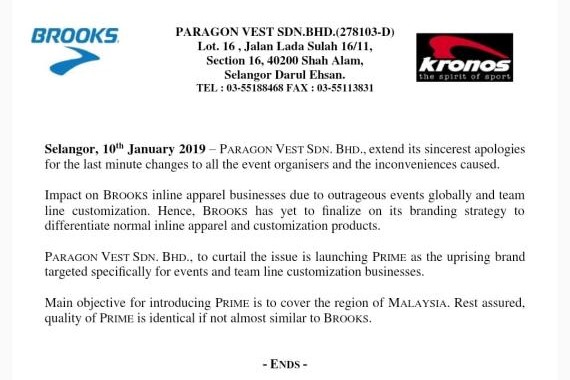 Selangor, 10 January 2019 — PARAGON VEST SDN. BHD., extend its sincerest apologies for the last minute changes to all the event organisers and the inconveniences caused.

Main objective for introducing PRIME is to cover the region of MALAYSIA. Rest assured, quality of PRIME is identical if not almost similar to BROOKS.

I'm not sure what they mean by outrageous events globally, but we are certainly outraged by this sudden change. It is definitely a setback for Paragon Vest by replacing Brooks which is much loved by the running community, by an unknown brand, PRIME.

Despite given the assurance that the quality of PRIME is being identical if not almost similar to Brooks, we doubt runners are going to run happy (no pun intended) with the new apparel 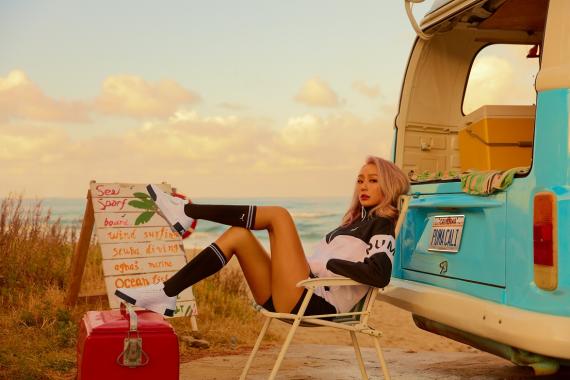 PUMA Southeast Asia rolls out its anchor campaign of the year - the PUMA #CaliTravelog - featuring PUMA Cali sneakers and K-Pop star Hyolyn in the campaign. Set to be one of the biggest regional campaigns that spreads across in-store, out-of-home as well as online platforms in Singapore, Malaysia and Indonesia, the PUMA #CaliTravelog campaign will be held over 6 months from January 2019.
Read more »
Posted by RunWitMe at 1/07/2019 12:01:00 am No comments: 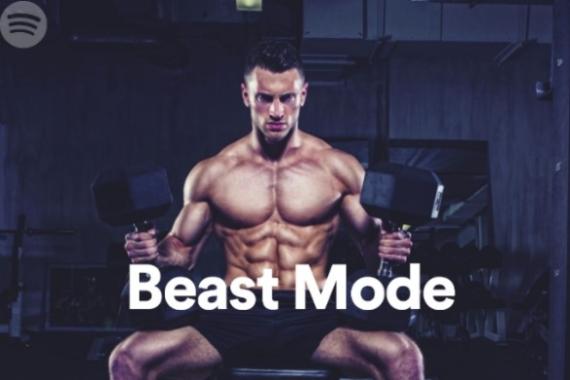 It’s that time of the year again, and resetting your fitness regime – or finally starting one – might be on your mind more than ever. So, whether you play hardcore dance beats or punk rock while lifting weights or running on the treadmill, be sure that good music goes hand in hand with your new year’s resolution.
Read more »
Posted by RunWitMe at 1/04/2019 02:56:00 am No comments: 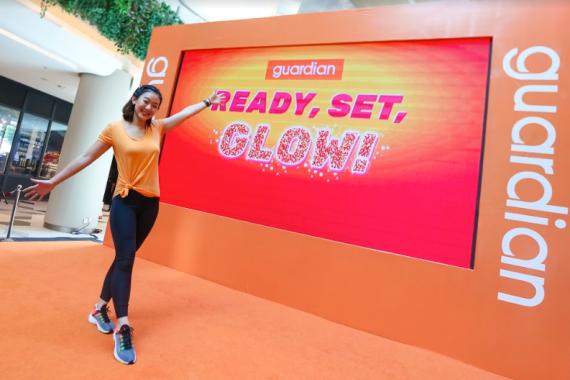 Inspired by the idea of a New Year resolution to keep Malaysians healthy and to be better, GUARDIAN MALAYSIA today ushered in 2019 with a Healthy Beauty initiative called “READY SET GLOW”.
Read more »
Posted by RunWitMe at 1/03/2019 11:44:00 pm No comments: 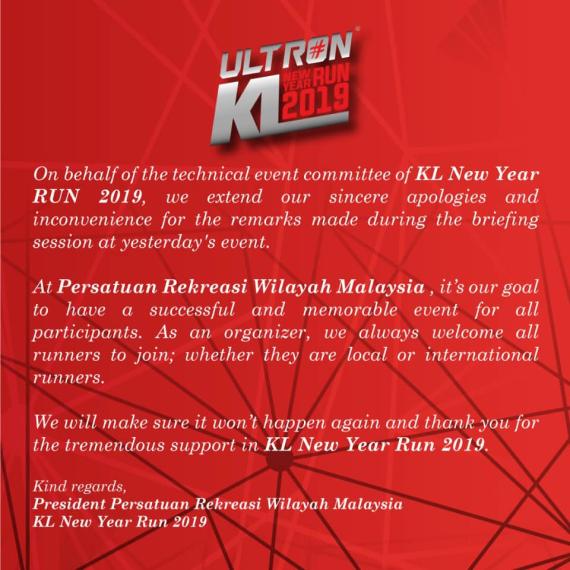 On behalf of the technical event committee of KL New Year RUN 2019, we extend our sincere apologies and inconvenience for the remarks made during the briefing session at yesterday's event.

At Persatuan Rekreasi Wilayah Malaysia, it’s our goal to have a successful and memorable event for all participants. As an organizer, we always welcome all runners to join; whether they are local or international runners.

We will make sure it won’t happen again and thank you for the tremendous support in KL New Year Run 2019.

Che Ros Jeans Runner is no stranger to the local running community. It is quite easy to spot him since he is the only runner in Malaysia who runs his races in denim jeans!

On 1 January 2019, instead of his usual jeans, he donned his complete prison officer uniform for his 5km run in the Ultron New Year Run at Dataran Merdeka.