How Long? About 3km 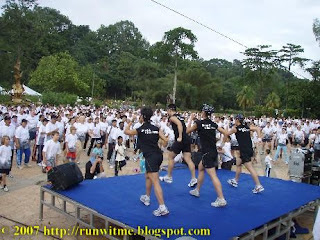 I am a loyal supporter of The Terry Fox Run. Been participating in the run since year 2001. So, this year, I also made it a point to go for it even though I had to forego Brooks Fun Run in FRIM.

There were two warm up sessions. First one was the aerobic by Fitness First. 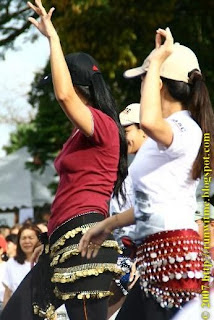 And then, followed by a belly-dancing warm up session. I wonder which part of the body they want us to warm up for the run. That was my first time seeing belly dancing as a pre-run warm up exercise. LOL! 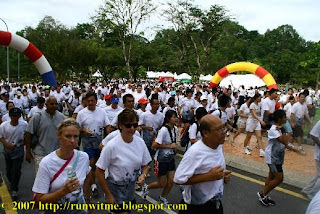 Flag off at 9:00am. I saw more expats here in one day than the number I see in the whole year. Heheh! 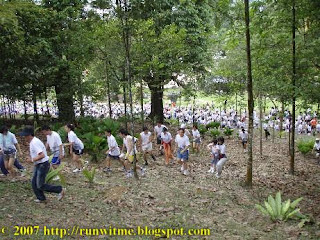 I am surprised of the numbers of runners who turned up with last's year T-shirt. I am sure last's years T-shirt is nice but why didn't they wear the 2007 T-shirt? Were they bandits? (Someone who run without registering to the run). Bandits are scumbags who leeched on the amenity provided to registered runners. Come on guys..This is a charity event. Buy the T-shirt as donation and wear it proudly during the run.

Apart from being cheap, I also saw some brainless runners who cheated (see picture above). They risked their lives (as well as their children's) by taking a shortcut on the slope. Can't they follow the designated route? (Insert head-shaking here!) 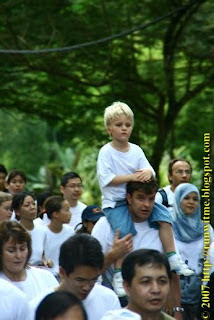 Daddy's little boy gets the best ride in town. 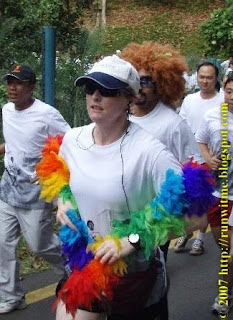 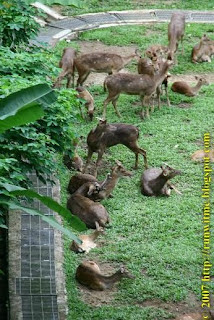 We ran passed a deer farm in Lake Garden. 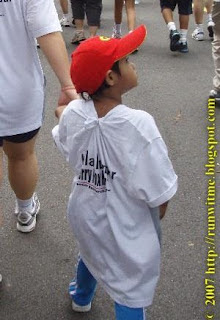 T-shirt is too big? Just tie a rubber band at the back of the collar! Problem solved. LOL! 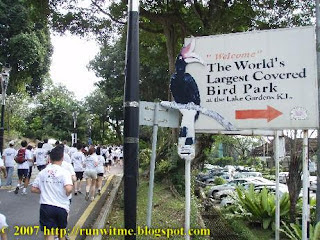 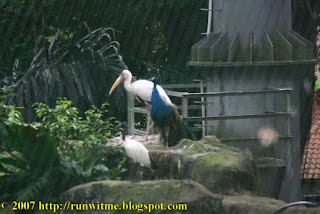 Yes! Get get to see some storks and a peacock from the route. 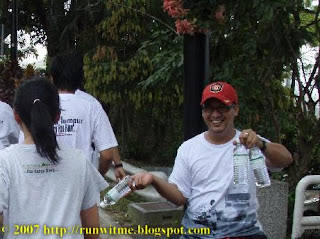 Water! Water! A volunteer with a smile! 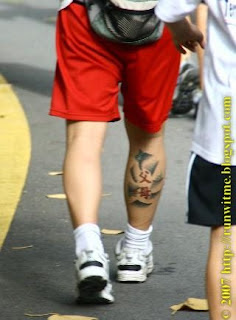 This guy must be very filial. He had "Father and Mother" tattooed on his calf! 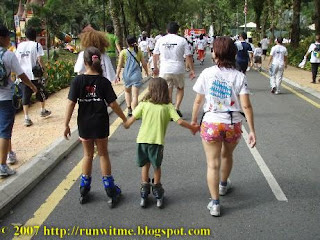 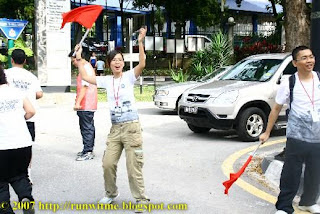 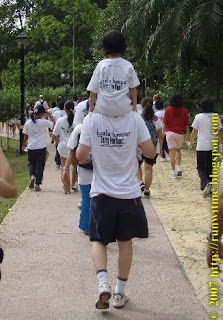 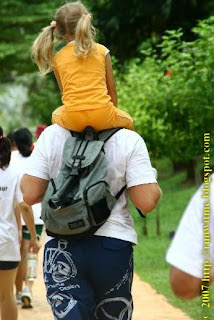 I'm sure a lot of daddies would have sore shoulders that Sunday! Heheh! 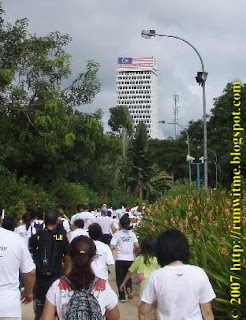 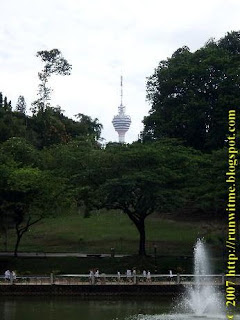 KL Tower as seen from the beautiful Lake Garden. 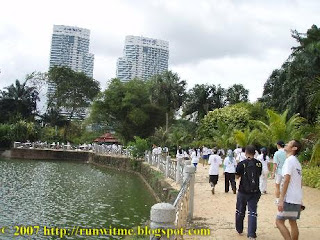 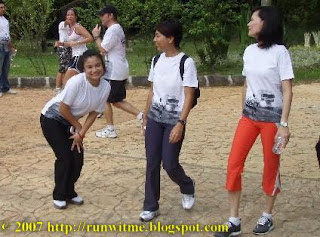 The girls from 3R TV Show. 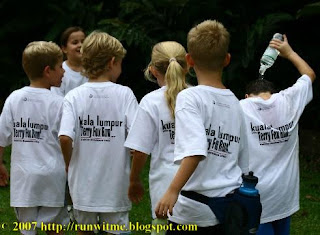 Guess who will be the future marathon runner? LOL. 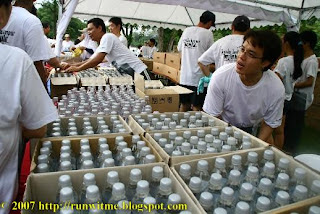 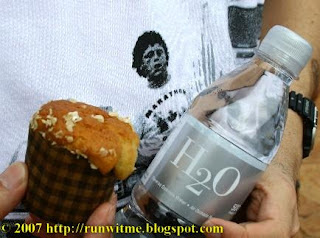 I love the yummy-licious muffin. Thanks to KL Hilton for sponsoring them. 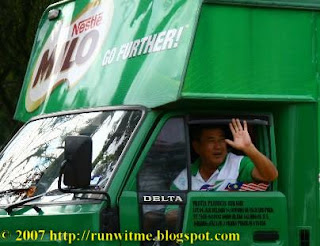 Bye Bye! See you next year!

It was a fun and enjoyable run (even though I walked all the way) on a beautiful Sunday morning. Great fun for a great cause. :)

Acknowledgment. Thank you to Hamdi for contributing some of his beautiful pictures for this blog.