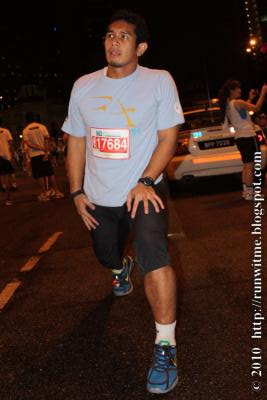 No interview here. I'm not an entertainment reporter. LOL! Anyway, I bumped into Fahrin Ahmad, a popular actor near the Garnier Truck. FYI, Fahrin Ahmad is the brand ambassador for Garnier Men skincares.

While chatting with him, I also taught him how to put on the d-Tag on his shoe.... 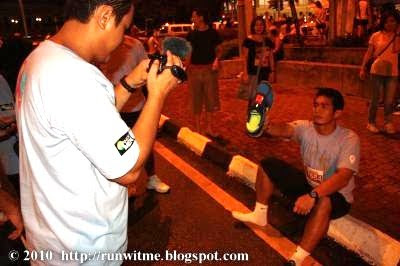 Erm...This stretching is good for rugby, but running? Heheh! 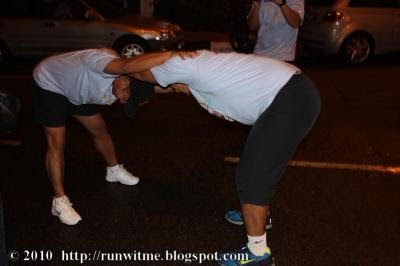 Fahrin has lent a hand, erm rather two legs...heheh for Run For A Cause, a charity program for SCKLM 2010. 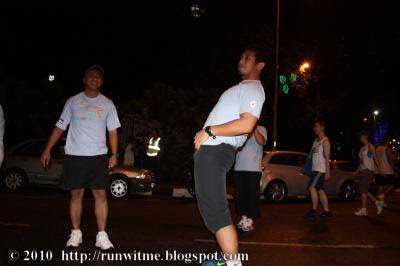 The donation pledged for Run For A Cause goes towards helping Malaysians infected and affected by HIV. 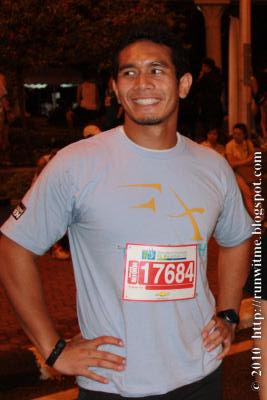 Check out the limited edition T-shirt for the supporters of the cause. Nice eh? 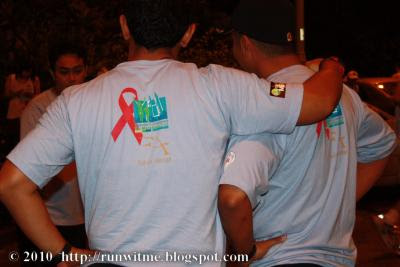 I left the Garnier Truck and went looking for my fellow runners in Run For A Wish. I didn't see Fahrin again until I spotted him with Sazzy Falak's hubby, Nazril Idrus near a bridge in Brickfields. 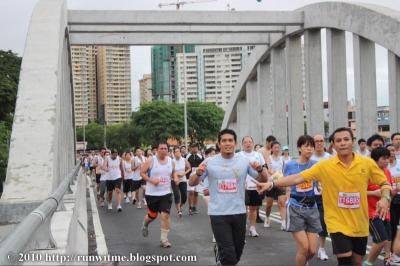 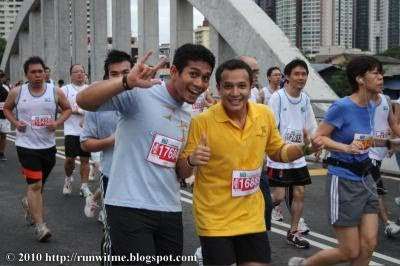 These are more like paparazzi shots....at 4km water station. 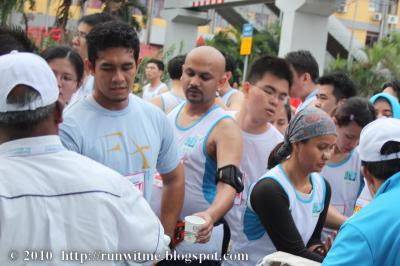 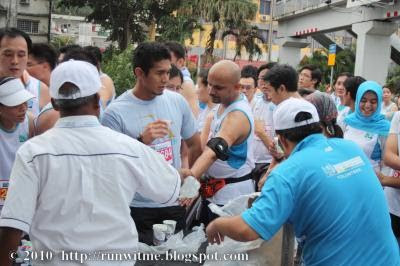 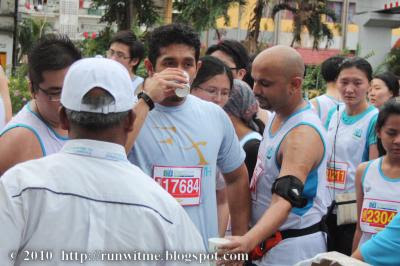 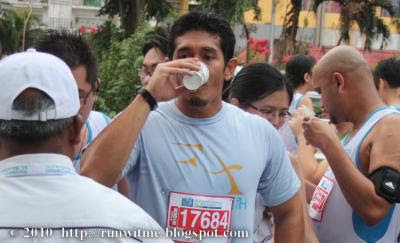 Fahrin finishes his 10km in 1:29:51. Not bad for a non runner. :) We hope to see more local celebrities taking up running as a healthy sport.

Check out the video below. Also congratulations to Malaysian AIDS Foundation Cheering Team who won the top prize in the cheering competition.

lol, I thought Fahrin would have special treatment at the water stations, ie the rest of the runners will automatically move away and give him room and volunteers handling him 10 cups at a time!