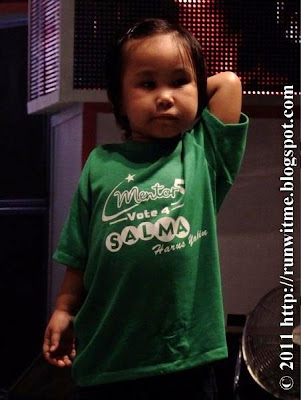 Cute or not? That little baby girl was on the stage when momsy, Salma was announced as the winner of TV3 reality show, Mentor 5 last Sunday at Stadium Malawati. However the three year old toddler was kept out of the TV cameras. 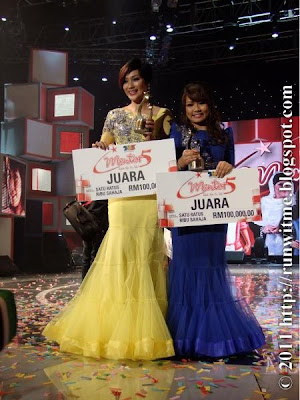 Salma (21) revealed in a press conference held after the show that she has a daughter called Puteri Nurul Huda. She got married when she was 17 and got divorced a year later.

She added that she was reluctant to talk about her personal life before because she would like to focus on the show. Salma also rejected those nasty accusations that her victory was due to sympathy votes. We don't think that is a fair accusation too. Salma has the voice of a champion! 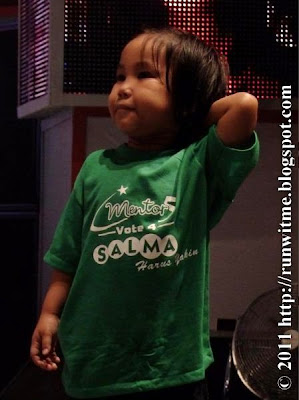 Anyway, we would like to congratulate Salma for her victory. With the win, we hope Salma will continue to strive to improve her performance for the sake of her daughter. We will always support you, Salma! Heheh! 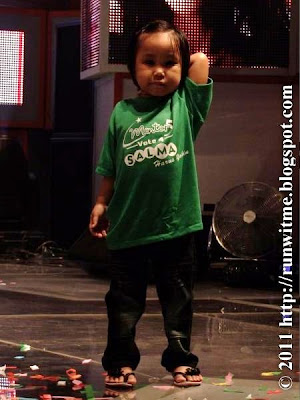