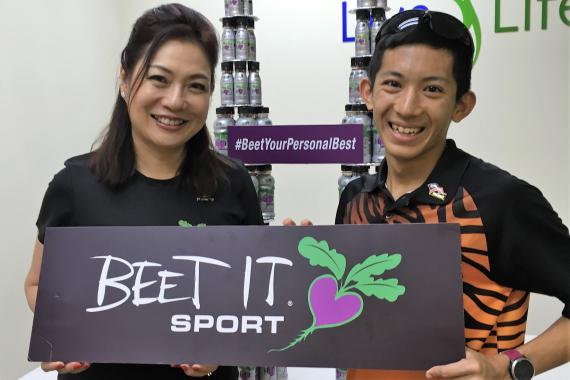 Kuala Lumpur, 14 February 2019 - LiveLife Sdn Bhd, the official distributor of Beet It Sport in Malaysia is pleased to announce another year of sponsorship for rising tower runner, Soh Wai Ching. Soh, 25 has been a regular user of Beet It Sport since it first arrived on Malaysian shores in late 2017.

Soh has ran in many tower runs all over the world such as France, Taiwan, China, Slovakia, Czech Republic and Russia, almost always achieving the Top 10 spots. Classed as an Elite Athlete, he will be competing in another 25 tower runs in 2019.

“We are extremely proud to have been a part of Soh Wai Ching’s success in tower running. He is a driven and determined athlete and we believe in his talent. We believe he will go very far. We support his dream of becoming the world’s number one tower runner and believe he will make Malaysia proud” says Aileen Chan, CEO of LiveLife Malaysia.

Soh has specialized in tower running and excelled in this category. “When we first offered Soh sponsorship of Beet It Sport in December 2017, his world ranking was at 62nd. In such a short span of time, he is now world ranked at 5th. We’re extremely delighted that Beet It Sport played a major part in improving his sports performance in the past one year” added Chan. 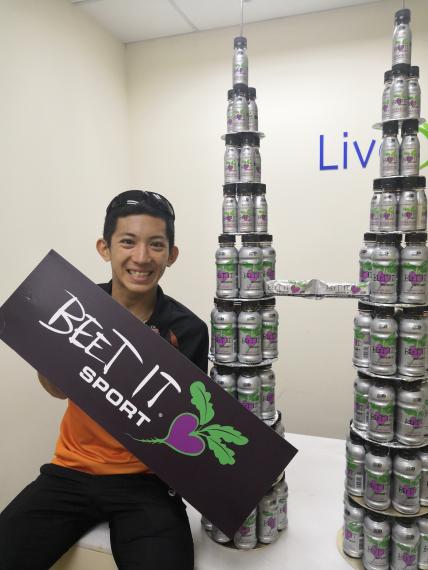 Used by world champions such as marathon record holder Eliud Kipchoge, Lincoln Grand Prix 2018 champion Alex Richardson and many EPL teams in the UK, Beet It Sport is the only range of beetroot juice products that come with guaranteed nitrates. Over 200 clinical studies worldwide used Beet It Sport’s standardized nitrates for their research into sports performance and medical research to verify the benefits of natural nitrate supplementation.

Research has identified that Beet It Sport’s naturally high dietary nitrate content (400mg per shot) interacts with enzymes in saliva to generate nitric oxide (NO) in the blood system. NO is a vasodilator that increases the flow of blood and oxygen to the muscles, thereby boosting strength and endurance and improving recovery.