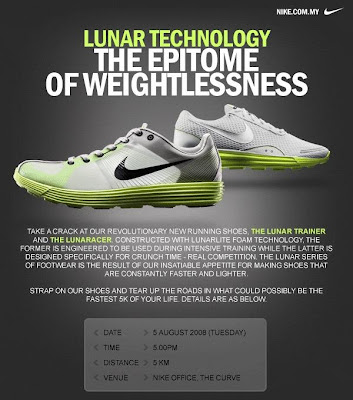 The preview event was attended by runners and the media, totalling to about 30 runners, with some familiar faces like national triathlete Kimberly Yap, national long distance runner Shaharuddin Hashim and Rudy from Hitz FM. The prototype....:) We have to start somewhere right?

Lunar Trainer has the Nike’s revolutionary new cushioning system, Lunarlite foam. Nike’s lightest weight and most responsive cushioning material to date. Developed by the aerospace industry, Lunarlite foam was adapted by Nike for running. The process took more than four years, but you could easily say the LunarTrainer was more than 30 years in the making.

Lunarlite foam got its start when Nike designer Kevin Hoffer wanted to create a cushioning system as revolutionary as Bill Bowerman’s original Waffle sole. Geoff Hollister, one of Bowerman’s runners as well as one of Nike’s first employees, first tried a Waffle prototype in 1971 and likened it to “running on pillows.” 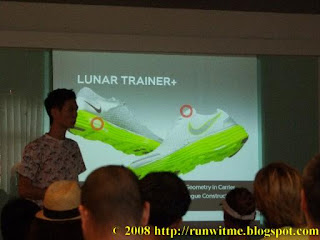 Wear-testers of even the earliest prototypes came back with rave reviews. They said in the LunarTrainer they felt less beat up after long runs. They reported they wanted to run longer and after long training runs their legs didn’t feel as beat up. Now in keeping with its original inspiration, the LunarTrainer has a rubber Waffle outsole for increased durability, and at just over 9 ounces, the shoe is nearly 4 ounces lighter than most training footwear. 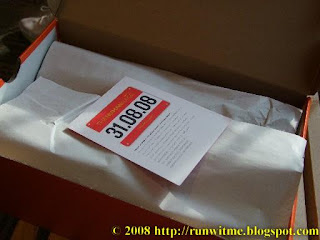 Each of us was given an orange box. Guess what is inside? 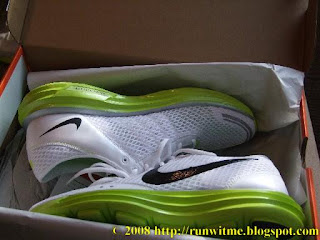 They were immediately put on. They felt light and cushy...Like walking on marshmallow..... :) 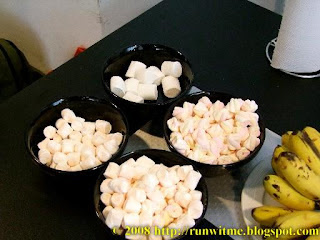 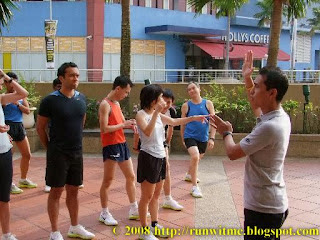 After the intro and video presentation session, we were led to the area in front of Fitness First where the start of the run was. A short briefing was conducted before the run. One drinking station and road marshall were stationed along the route. 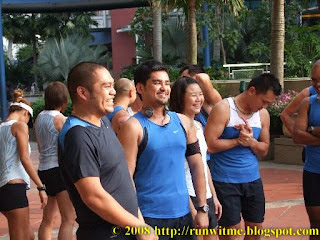 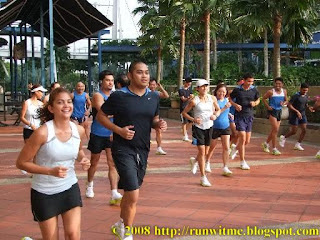 Off they went....Can you spot Rudy? Hitz FM DJ? This is my second time seeing him run. I ran with him in the KL International Marathon last March. Read about it here. 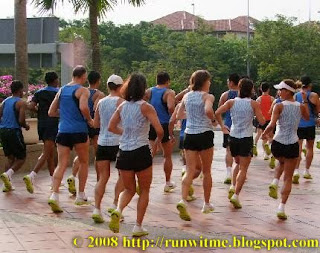 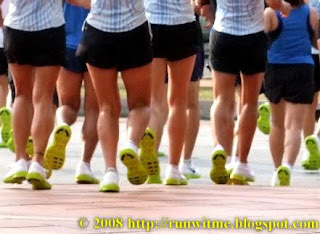 The soles beam like the moon as they go. Pretty awesome. 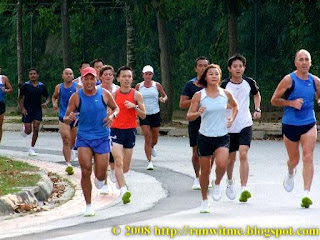 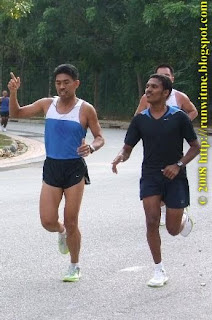 Shaharuddin on an easy run. 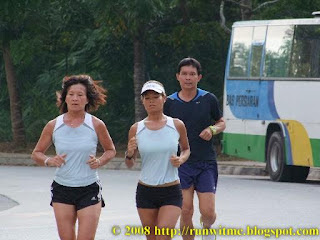 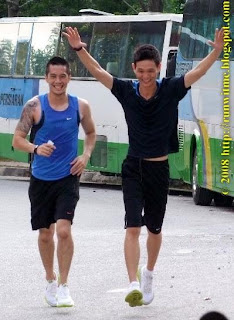 The happy guys from NIKE. :) 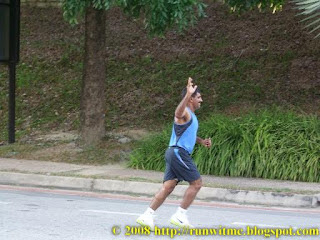 Coach....See ya at the finish line. 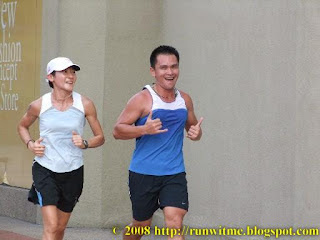 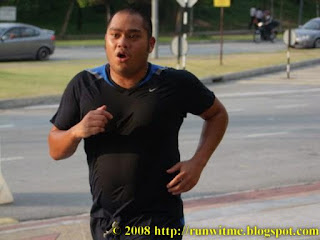 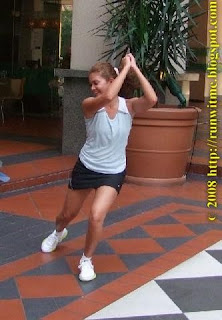 If you were the last one to arrive, make sure you arrive in style. :) You go, girl! 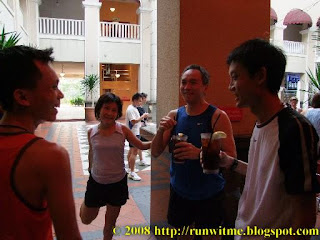 Ice lemon tea for everyone from TGIF after the run. 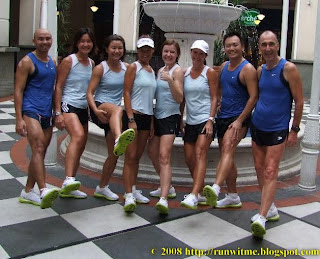 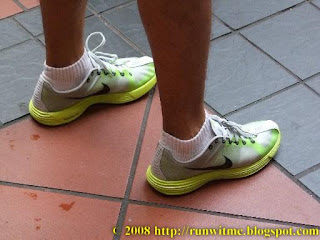 The only runner who wear The Lunar Racer for the run. Who else but Shahruddin? 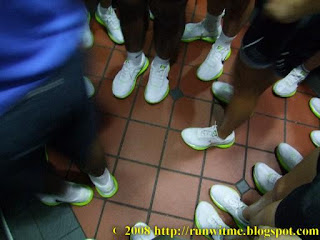 In the lift back to Nike office. I could've sworn that these shoes glow in the dark. 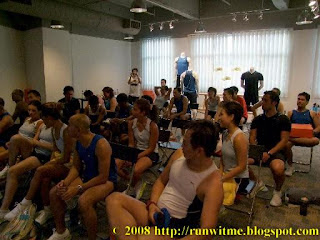 Feedback sessions......Mostly raving reviews...I'm definitely going to wear these shoes for the Human Race in Singapore end of the month...and be the subject of envious eyes. LOL! 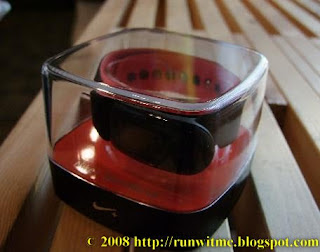 On top of the shoes, we were presented with Nike Sport Band each. Cool gadget. Will blog about it in the future after I test it, OK?

To the readers out there, you have to wait a few more months before these awesome Nike Lunar trainers are available in stores across Malaysia.

Check out some write out about Nike Lunar here and here.

Acknowledgment: A zillion thanks to NIKE Malaysia.