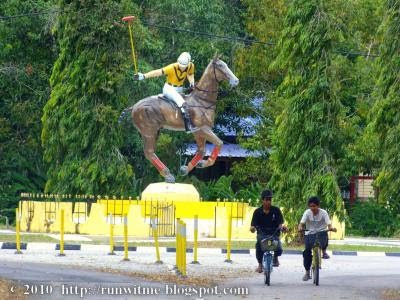 I was surprised to see Pekan is going to be promoted as one of the 10 tourism icons as the Royal CITY of Pahang. Pekan, my hometown. A tourism icon. A CITY? Wow! I must be sleeping all this year! I have no idea when Pekan was declared a CITY? Did it suddenly get the CITY status after Dato Najib became our Prime Minister? FYI, Najib is also Pekan's current Member of Parliament.

Anyway, I was back to Pekan for Chinese New Year holiday. I was surprised to see the amount of cars back there. The numbers of car must have been triple or quadrupled over the year! Suddenly after Najib has been declared as PM, there is sudden influx of people from God knows where to Pekan. A quiet town suddenly buzzing with people! Gold diggers? Hmmm....

I escaped the city for these? LOL! 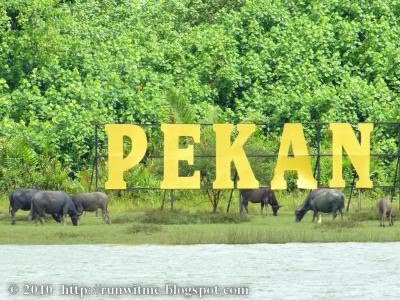 There are several attractions that I can think of - Istana Abu Bakar, Museum Abu Bakar, Tun Razak birth place and Sungai Pahang. But honestly speaking, there is much to be done if Pekan were to be promoted as a tourism icon.

Sungai Pahang is also an untapped tourist area. River cruises? Canoeing? Fishing trips? Water festivals? There are many things that can be done to the longest river in Peninsular Malaysia. I remember when I was small, there were some sort of water festival where they released some ducks into the river and whoever caught one got a prize. Erm.... Maybe that’s not a good idea - may have problems with animal cruelty prevention people. LOL! 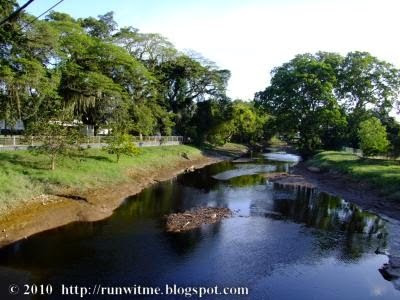 The Tun Razak birth place (Najib’s father) and the silk weaving place are quite run down. FYI, I don’t find watching some sad looking women weaving silk appealing at all. I have been to silk weaving factory in Chiangmai, Thailand. They are really impressive and educational too. From how they get the silk and traced to the beautiful finished product. Maybe we should allocate a few millions to send our officials for study tour to see how is it done to Thailand? (Insert snigger here) 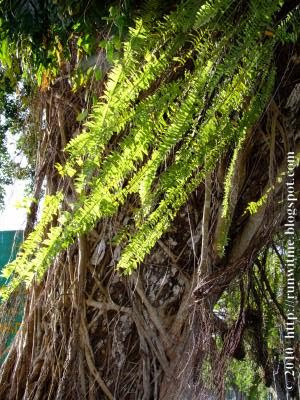 Istana Abu Bakar - Well, it is not open to public. You can only admire from a distance the golden roof of the palace from outside the gate. Maybe should be open some part of the palace like Buckingham Palace? 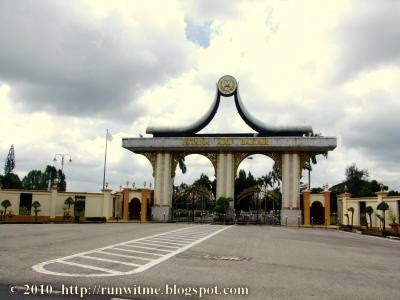 The Sultan Abu Bakar Museum is still under renovation. It was closed last year when I returned to Pekan for CNY holiday. It got me wondering why it takes so long to complete! One whole year is not enough? I used to come here and looked at the stuff animal on the first floor when I was small. I think they were quite cool then. I can’t wait for it to be reopened to see how the “improved’ the museum. 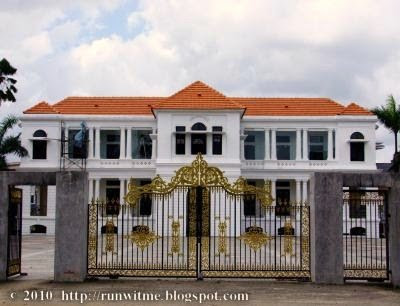 The water craft gallery at Pulau Beram , opposite the museum was once a fantastic display of the water craft that once part of the major transport mode in Pekan. Well, Pekan is a town by the river. Like any other old town/ city in Malaysia, it thrived because of the strategic location by the river/ sea. I was quite impressed with it when it was newly open. The vibrant coloured and beautiful crafted water vehicles made great photos. But now they are just dull and sad. Some simple paint jobs and polishing should bring life back to the exhibits.

Oh yes...The clock at Dataran Pekan is not functioning! Plants are seen growing out of it! Will someone please fix it? It is in the “heart” of the town. If it is not ticking, it means the town is dead! 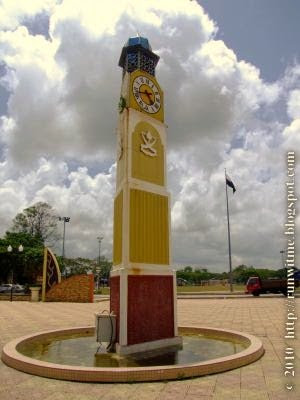 The main problem in many of our tourist sites in Malaysia is poor maintenance. Lots of money is used to build something but little goes to the upkeep and upgrade works.

Another fine example is the Taman Tasik Sultan Abu Bakar side. Rainbow ivory tower condition now is deplorable. Full of graffiti and vandalised.

The designer must lazy or lack creativity. Who in the right mind would use destructive weapons like spears or Lembing as decoration at the public place? Yup...you actually get spears poking into the sky. How about some subtleness? How about weaved it artistically into the design. I also hated the ugly sunflower shaped lamps at the Padang. Simply gawdy! (Insert thumbs down here)

I guess they were from the same people who put tree-stump shaped flower pots all over town some years back. It became the joke of the year!

It also was indirectly referring to the rampant logging in Pahang forest. The flower pots were quickly removed and we have never seen them again! Too bad I don’t have picture to show it.

The public bus service to Pekan is appalling! Buses broke down and not on time all the time! Just that day, the bus I was travelling to in broke down at Kampung Ubai. It was due to a flat tire but the driver was adamant to drive it all the way to Kuantan.

The bus ticket cost had skyrocketed over the year! Now you have to fork out RM5.30 for a trip to Kuantan in the same old bone-rattling and filthy Bee Huat bus.

Cleanliness of the town can be improved ALOT! People still throw rubbish around inconsiderately. People still have problem with the concept that rubbish no matter how tiny and small belong to the rubbish bin and not on the ground!

No smoking signs in public places are a joke! No one gives a sh*t!

“Gotong royong” activities should be revived. I remember during my school days, we actually have “gotong royong” day where everyone including politicians literally got their “hands dirty” to clean up public places and not through money politics.

I guess I am posting more questions than answer here. Well, I am speaking out of love for my beloved hometown, Pekan – Indah dan Makmur (Beautiful and prosperous). I was born and bred here. Hate to see it kotor and tak terjaga (filthy and unkempt).

I hope the authorities will put priority right like ensuring cleanliness and maintenance of the public places before dumping multimillion Ringgit into the tourism campaign. Well, if you get the basic things right, tourist be flocking to Pekan automatically. 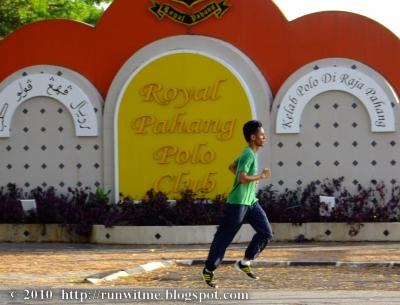 As a runner, May I also suggest the tourism body of Pahang to consider a Larian here in Pekan. It is indeed a nice place to run. You can actually see the town in one hour run. I usually run my house in Pekan Lama, passing the masjid, museum, into the Pekan Baru, turning at the market and then the old hospital and straight to green and regal Padang Polo where I make a loop or two. :)

Here’s a slide show I put together during the CNY holiday. I went around town taking pictures of important landmarks in Pekan. I also visited my old kindergarten and schools where I learned my ABC and 123. A walk down the memory lane, so to say.

I believe Pekan has much to offer to the tourists - its quaint charms and its rich history – from the Pahang Sultanate to Tun Razak etc. But I hope the authorities do not “over” declaring it as a city (bandaraya). Pekan should be called a town! Well “Pekan” means small town in Malay anyway.

Lim, thanks for the heads-up! I've seen the video, it's so touched and the song make me sad.
gosh...for so long I've never updated my blog...keep up the good work!!!

Nice! Goes to show there are lots of nice things to discover in your hometown if you really look. And yeah, I understand that, I wouldn't want Rembau or Tampin to be declared a bandaraya either. They're lovely just as that, small town where almost everybody knows everybody. No toll, and not that many traffic lights.

Funny, I was also thinking there should be a run in my rural area. And if they have a run in Pekan, I'll go.

=>Ira, Thanks for the kinds word. You are now based in Germany kan?

=>Haza, If there were a run in Rembau I'd go to. Medal design must have tanduk minangkabau! LOL!