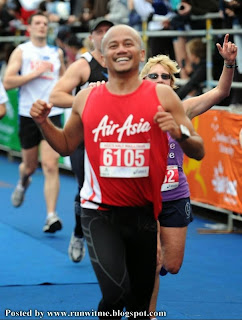 Briefly tell us about the Kuala Lumpur -> Gold Coast Route by AirAsia X.
The Kuala Lumpur-Gold Coast route has a very special significance for AirAsia X. It was our very first route that we launched on 2 November 2007. The first long-haul, LCC flight. At that time when we first started, we faced many challenges – either we were not given Government approvals to fly to many of the cities we wanted to fly (which we have subsequently overcome), or the airports in those cities were not interested in AirAsia X because at that time, long-haul LCCs were an unknown, unproven model.

We met Gold Coast who were very similar to us. They are a small airport that had big growth ambitions. They wanted to find an airline that would be the first connection for them to Asia (before us, their only international flights were to New Zealand). They believed in the simple, low-cost business model. And, they were hungry and ready to invest.

Today, that mutual partnership has blossomed. We have carried over 1 million passengers on this route alone, and we’ve put Gold Coast on the ‘must-see’ map for many Asian tourists, as well as open up Malaysia and Asia to Australians residing in Southeast Queensland.

You have run a few times in Gold Coast Airport Marathon. Tell us a little bit about this marathon.
The Gold Coast Marathon is one of the premier marathons in Australia. Its known as a ‘fast’ ‘personal-best’ course because of the ideal running conditions: flat course, cool temperatures, nice ocean breeze, and very cheerful atmosphere with many spectators along the course and music/entertainment. Many Asian runners have used the race to try to qualify for the Olympics. AirAsia have sponsored Cambodia’s national marathoner, Hem Bunting and Singapore’s Mok Yin Ren as they both try to get under the 2:18 time to qualify for the Olympics.

What are the memorable (funny, proud) moments in running the Gold Coast marathon?
Can’t beat the feeling of crossing that 42km finish line for the very first time. You always remember your very first completed marathon!

What are the differences between running in Malaysia and Gold Coast?
Gold Coast’s temperate climate and Ocean breeze in July makes for a much more pleasant running experience compared to Malaysia. I would estimate the difference in timing for an average 4-5 hour runner can be as much as 20-30 minutes. 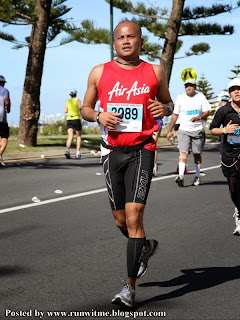 What are the top three reasons a runner should run the GCAM?
1. Personal-Best quality running course
2. Great family destination with many tourist activities
3. Easy and convenient access with direct AirAsia X flights!

What are the tips for first time runner in GCAM?
1. Bring gloves as hands can get cold early in the morning
2. I also use an old long-sleeve t-shirt at the start of the race to stay warm, and discard it after a few kms running once the body heat picks up.
3. No real need to carry water or food because I find there’s enough along the race course. Stop for a quick break (or at least a walk break) at every stop
4. Find a hotel that provides shuttles to the race start venue

How do you reward yourself after GCAM?
Soaking tired legs in the cold salty ocean water – purportedly helps recovery!

What are the must see places and must do things when you are in GC?
Depends on personal preferences. If you bring family, most people like to go to the theme parks or just hang out at the beautiful beaches. My personal favourite is to see the Glow Worm caves at Tamborine Mountain. A very unique natural spectacle.
One year, the AirAsia running team went whale watching after the run, because July is whale season. Pretty fun catching a glimpse of the magnificent beasts out in the open ocean.

Are you going to run GCAM this year?
I’m afraid not this year as it falls during fasting month. 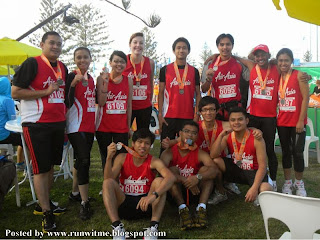 Find out more about Gold Coast Airport Marathon at http://www.facebook.com/GCMarathon and http://www.goldcoastmarathon.com.au

For those keen to run #GCAM14, there is a special 5/7DAYS RUN GOLD COAST tour package fr RM2,358 which includes: