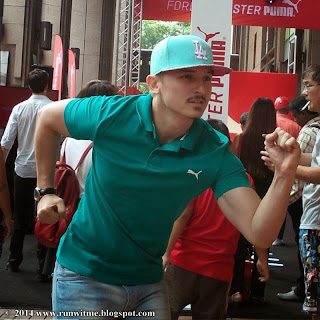 The Celebrunner exclusive blog post is back. This time we got Zain Saidin to do a running pose (and the famous "Usain Bolt" pose) for us. Zain is a Malaysian actor, well known as Henry Middleton in Oh My English! on Astro TVIQ channel. He is also married to actress Rozita Che Wan, who is expecting a baby which is due in two month’s time. Congratulations Zain!

We caught up with Zain at the launching of PUMA new global brand platform, Forever Faster in Berjaya Times Square yesterday.

Forever Faster embraces the thrill of being first, the swagger of being the best, and the fun of being able to adapt; but it is also an ethos that goes beyond the boundaries of a marketing campaign. 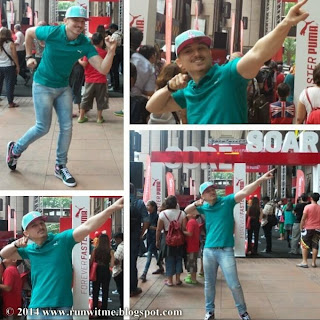 PUMA Southeast Asia General Manager, Miguel Andrade, said: “We believe every Malaysian has Forever Faster in them, being ambitious, bold and charismatic in nature. It is not about making Malaysians Forever Faster, but rather bringing the Forever Faster out of them.” 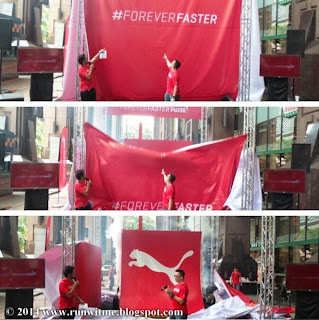 “This is an exciting project that we have been looking forward to for some time now, and cannot wait to commence future consumer interactions,” added Andrade, who also invited members of the public and media to challenge the ‘The Red Wall’, a three-metre high vertical wall that is so imposing. 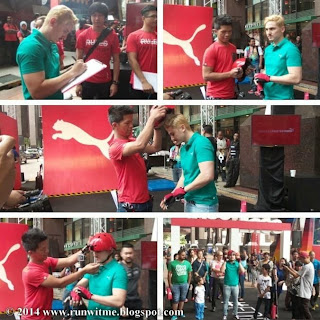 The Red Wall is open to public to challenge themselves and to embrace the values that make up Forever Faster, which envelopes around bravery, determination, joy and most of all confidence.

You can win yourselves some PUMA voucher by just trying The Red Wall (RM50 if you managed to get on top) and RM10 if you suck @ss at it. LOL!

So, head over to Berjaya Times Square (main entrance) from7 – 10 August (10am-10pm) to experience The Red Wall! 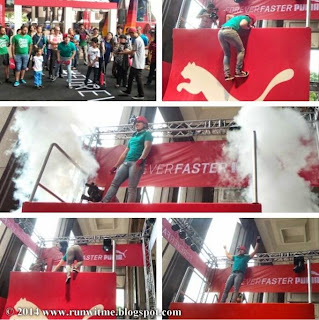 With the mission to become the Fastest Sport Brand in the World, Forever Faster is targeted to a selective group called, ‘Game Changers’ who are active progressive athletes aged 16-24. The platform will be driven through a comprehensive global multi-media marketing campaign that includes a TVC spot, featuring some of the World’s finest sporting personalities. 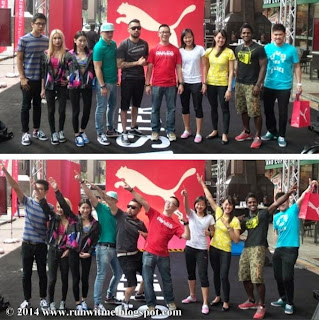 Forever Faster embodies athletes who stand out as individuals through both performance and personality. Jamaican Usain Bolt, widely regarded as the fastest man on Earth as he holds both the 100 metres and 200 metres world records since fully automatic time measurements became mandatory in 1977, features in the Forever Faster TVC with football icons Mario Balotelli, Sergio Agüero, Marta Vieira da Silva; golfers Rickie Fowler and Lexi Thompson; and the Scuderia Ferrari Formula One team.

The spot also sees these sportsmen and women challenging the conventional - taking risks through determination, bravery, confidence and joy.

Check out the Forever Faster TVC below!

In the coming months, the public can expect various activities as well as products themed around Forever Faster, with Mobium Elite Speed and Night Cat training mini-pods confirmed to be introduced in Malaysia late August. Also on the cards will be the PUMA Night Run, which will take place on 25 October 2014, with registrations opening on 8 August, 2014.