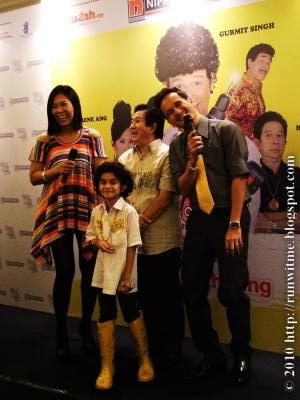 PCK himself, Gurmit Singh together with his on-screen wife Rosie, Irene Ang and his new nemesis Lim Lau Pek, played by Singapore veteran actor Mr. Henry Thia together with director Mr. Boris Boo is in Kuala Lumpur from 19 to 21 August to promote "Phua Chu Kang The Movie", due out nationwide 26 August 2010. 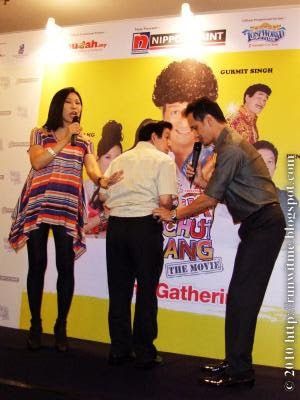 However, PCK was not in costume yesterday. FYI, Gurmit Singh was hospitalised last week due to dengue fever. But being a real pro, he still come Malaysia. Due to his unstable condition, he did not appear in character during the promo tour.

That's OK. I think Gurmit Singh in person is more handsome than PCK in any gievn day lah! LOL! 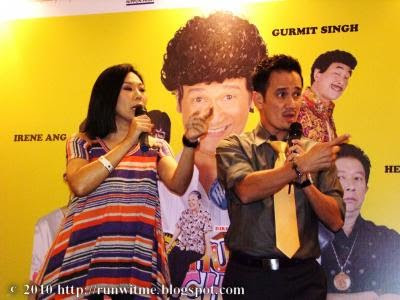 Two teams were formed for a short competition. They were supposed to act out a scene from the movie. In this team we get a black Lim Lau Pek, a kid-sized PCK and an uncle as Rosie. What a combo in Team A, eh? 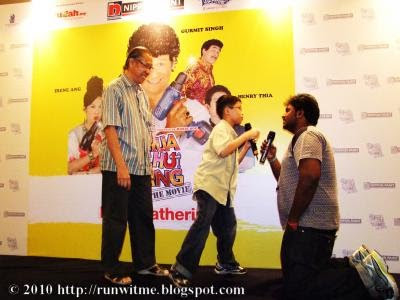 Team B: Leggy "Rosie" and her two men. 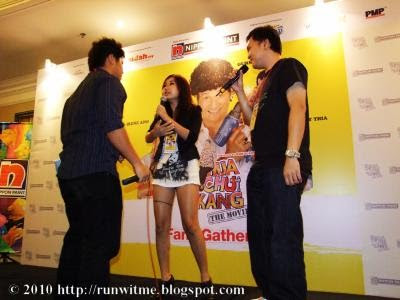 Judges busy picking the winner for the competition. 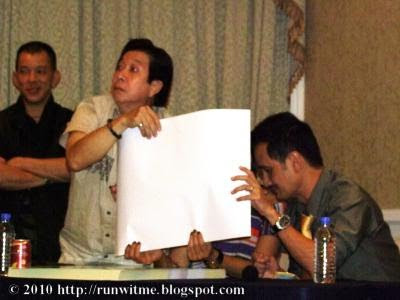 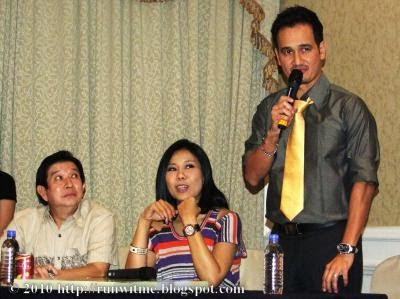 The winner gets a bottle of half-consumed mineral water??? LOL! 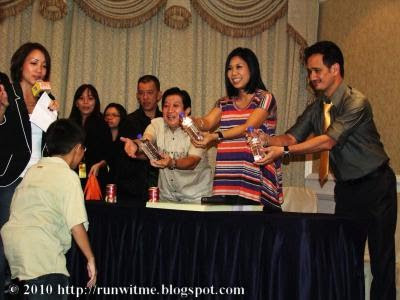 Thumbs up for the winners. BTW, Team A won the competition. 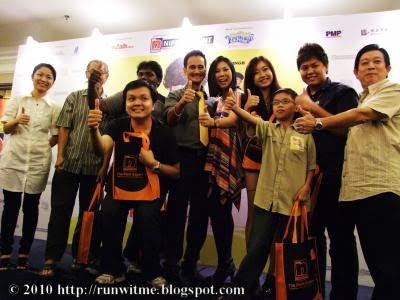 One for the camera. 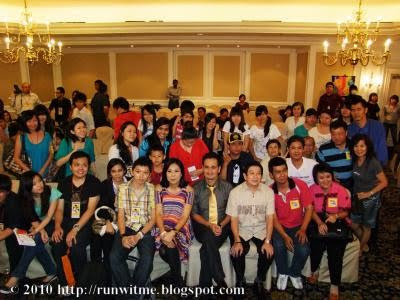 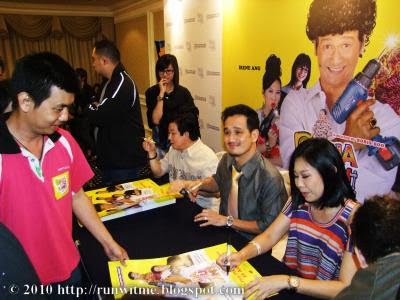 The stars and the director, Boris Boo made a brief appearance on the red carpet for the Gala Premiere at GSC Pavilion. They have changed to a more glamourous wear for the evening. 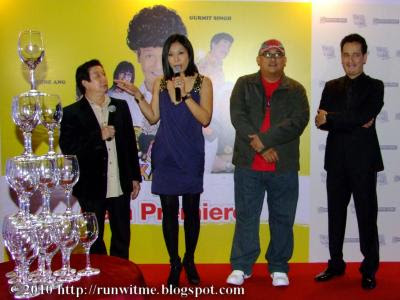 Bubbly....Irene Ang who played PCK's wife, Rosie in the movie. 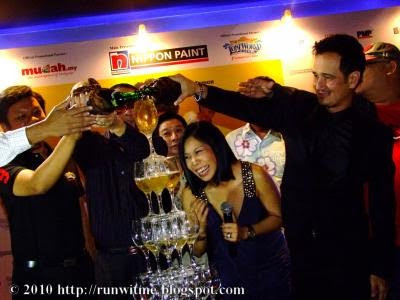 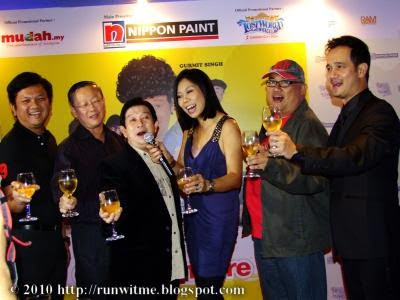 Here's a video footage of both the fans gathering and gala premiere. Watch out for the kiddy impersonation of Phua Chu Kang. It's hilarious!