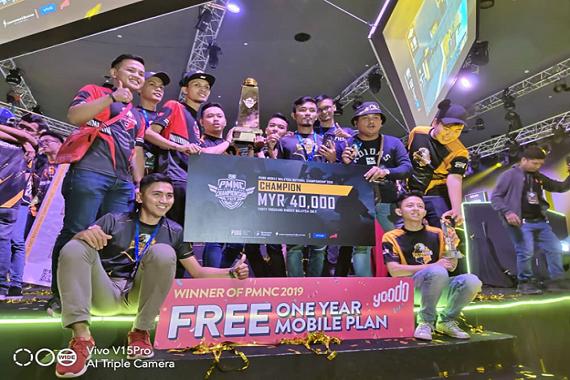 Even though the PlayerUnknown’s Battlegrounds (PUBG) Mobile Malaysia National Championship (PMNC) 2019 has just come to a close last weekend, PUBG Mobile fans can keep the excitement going with the free 20GB data add-on exclusively from Yoodo. New and concurrent Yoodo subscribers will be able to make use of the add-on until December 2019.


Yoodo has been sponsoring the  PMNC as the Official Digital Telco since last year. Organised by gaming giant, Tencent Games, this year the tournament boasts a prize pool RM114,000 and a participation of 16 teams in the grand final which was held at Quill Convention Centre, Quill City Mall, Kuala Lumpur last weekend.

At the grand finals, ViP Squad – Victorious in Play emerged as the champions of PMNC 2019. The team walked away with a cool cash prize of RM40,000 as well as free mobile plans for a year from Yoodo.


“Now gamers can continue playing PUBG MOBILE at ease on Malaysia’s widest 4G LTE network without worrying about data charges. Mobile gamers look for telcos with fast, reliable and competitively priced broadband. We want gamers to know that we speak their language when it comes to mobile gaming. We’re ready to take their gaming experience to the next level.,” said Yoodo head Chow Tuck Mun.