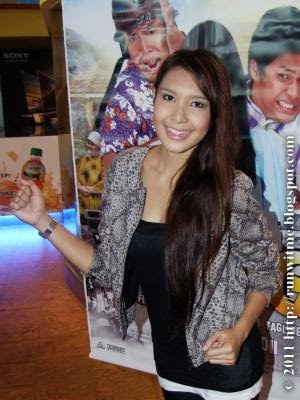 Isn't she pretty? With flawless fair skin,angelic face and flowing tresses like that, I bet this sweet actress could send admirers in droves to the cinema for her latest movie called Kembar Siang. 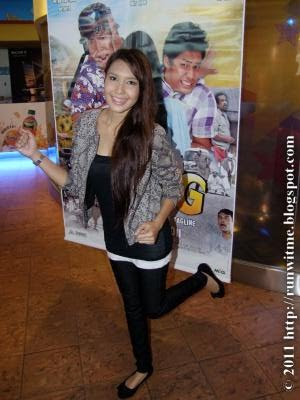 Intan Ladyana has starred a few box-office movies like Jangan Pandang Belakang, Adnan Sempit and V3 Samseng Jalanan. She is equally popular in the small screen with comedy series Puteri. 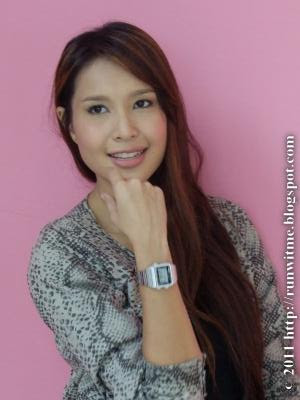 In Kembar Siang, She plays a pair of twins (Rohana/ Rohani) opposite the hero - Kamal Adli who was not present at the screening for media at Cathay Cineplex this morning. Kamal Adli was held up in Penang for the shooting of a new MiG movie called Pe3. 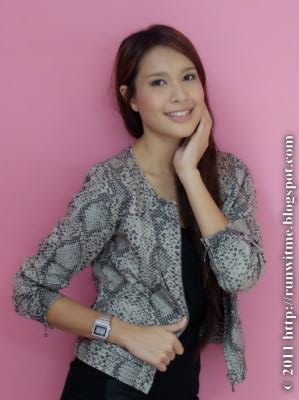 The movie tells the story of Awal and Awi, a pair of identical twins. Awi, the younger one is retarted but gifted with a powerful memory and excellent mental arithmatics. Funny things begin to happen when Awal tries to find a suitor for his retarted brother. 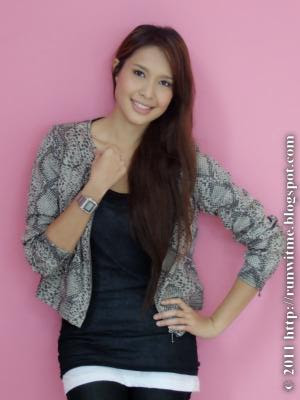 The movie is directed by Hatta Azad Khan and supported by local comedians like Sabri Yunus, Sathiya, Zaibo, Mat Over, Syanie and Lan Pet Pet. There is even a cameo appearance by Rozita Che Wan who was seen making a quick dash out of the cinema foyer after the group photo. 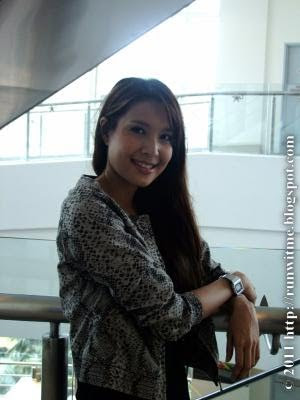 Personally, I am not a fan of this kind of slapstick comedy that tries to induce laughter by poking fun at people with disabilities. The twin theme is quite jaded and paper-thin plot is not enough to hold my attention. But I am sure there are people out there who like this type of movies but I am not one of them. :) 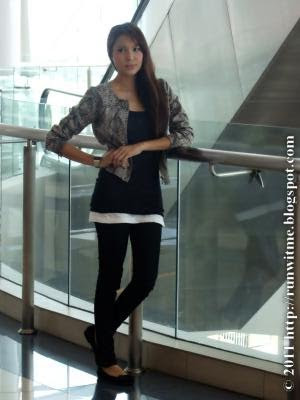 I had to take my hats off the the veteran comedians like Sathiya and Hamid Gurkha for bringing a few LOL moments out of this otherwise a very bland movie. They are absolutely a hoot! :) 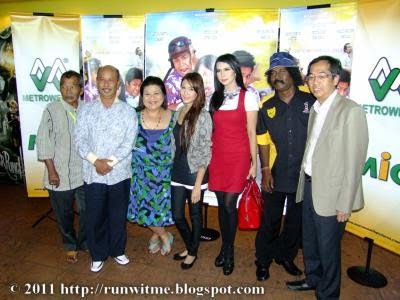 Check out the trailer of Kembar Siang. If you find the trailer funny, then this movie is for you! :)

Kembar Siang will be showing in local cinemas starting 24 February.