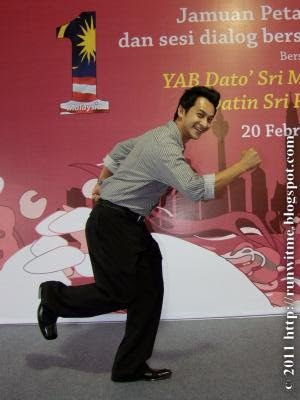 Yay! We got Naz Rahman of ntv7 Breakfast Show Host to give us a running pose today. Actually, we wanted to get our PM YAB Dato' Sri Najib Razak to pose for us but the mob of people at the tea party made it impossible to get close to him.

So, we grabbed the emcee for the tea party, Naz Rahman instead. Same initial N. R too. Can do-lah! LOL!

Thanks Naz for being so sporting! 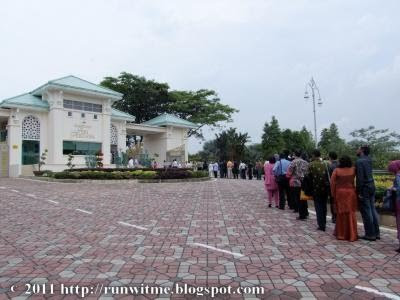 Yours truly is one of the "lucky" 500 people ranging from 16 -72 year-old who got picked for the tea party with the Prime Minister at his official residence in Putrajaya.

When we arrived at Seri Perdana around 3:30pm, there was a queue snaking up to the gate of Seri Perdana. After got our name and IC checked we wee ushered into the garden of Seri Perdana where a huge tent was set up for the event. 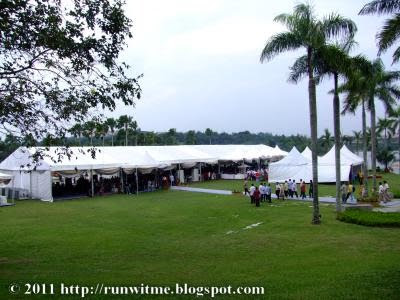 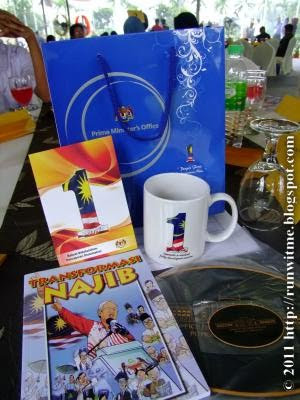 The man arrived in his buggy around 4:30pm. Wifey supposed to join him but he told us she was held up in an interview in her home. But she didn't turned up anyway when the event ended. 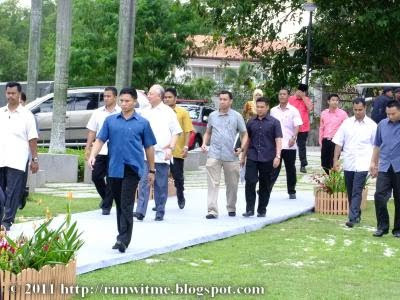 The event was quite casual. It started with a welcome speech by the PM followed by a Q&A session. And of course there were food! Good glorious Malaysian favourites like satay, char koay teow, roti canai, rojak, roast lamb etc. 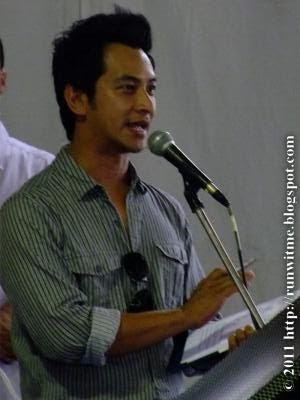 8 lucky persons get to sit with him in the same table. 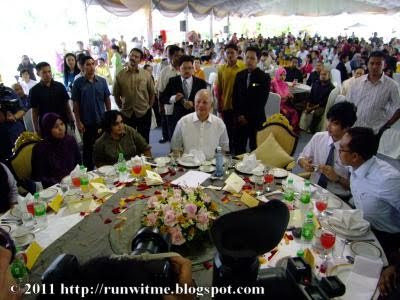 The PM addressed us as his friends, on line friends. He tweets. He facebooks. He blogs too. He wants to get close to us, his online friends. 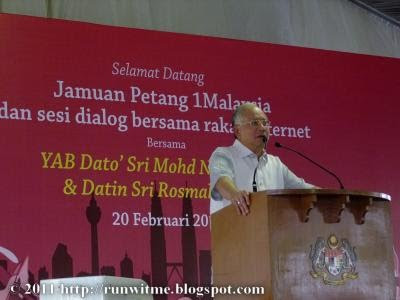 For those non-believers, he assured that he is the man behind his tweets. Not his P.A. He added that he usually find time to tweet during his commute from putrajaya to KL and back. He also tweets at night before he sleeps. 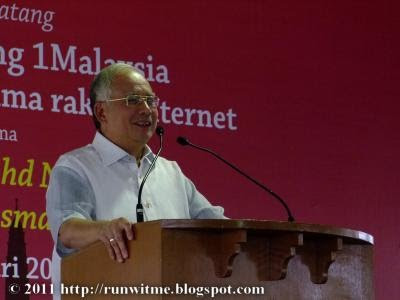 Naz cheekily joked about how smooth and fair Najib skin is. But we also notice that his lips are quite rosy too. In fact the colour matches the red backdrop behind him. LOL! 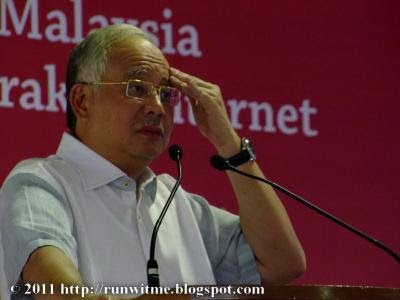 Najib answered four questions from the floor. (The questions were pre-submitted when we rsvp-ed the invite). Nothing very heavy...you'd probably read them in the papers tomorrow so I won't elaborate here. 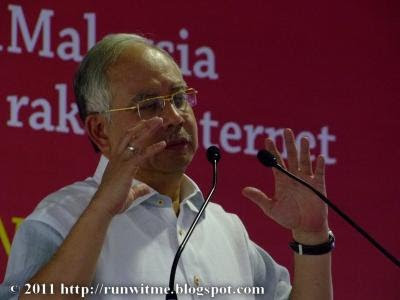 There was a quick group photo with the man himself before he was ushered back to his residence by a few bodyguards. He was supposed to go to meet us table by table but he got mob to sign autograph of his book. So, that didn't happen.

I took solace on the food-lah! Stuffing myself silly with all the yummies while the rest crowd around him like bees to their queen. In fact I actually prefer his Open House, at least everyone get to shake his hand. Oh well! 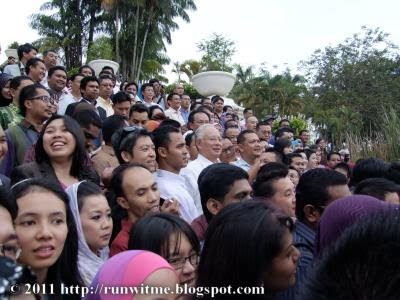 Can you spot the PM? 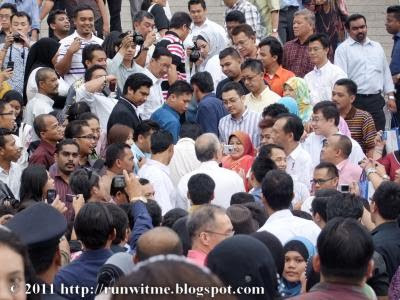