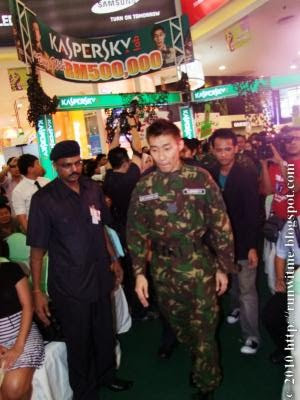 OK. OK. He didn't actually did a running pose...but walking is close enough. LOL! I was very close of getting him to pose as if he was running. In fact I did asked him to pose for me but he was whisked away by to do an interview with some TV station before he could do that. :(

Actually, I didn't plan to go for this launch. I didn't even know that it was going to be a launch at Plaza Low Yat. I was there to buy an adaptor my laptop. The old one "exploded" on me when I connected it to a power point at Wendy's. Grrr....

I saw a bunch of screaming young people at the entrance of Low Yat Plaza. So my paparazzi instinct told me to take out my camera to get ready for the action.

Initially I thought there must be some HK superstar making an appearance at the mall. But I was shocked to see badminton player, Lee Chong Wei (LCW) face plastered on the placards.

Do you see a guy holding a placard that says "LCW - I "heart" you"? I think that's abit over the top! LOL! 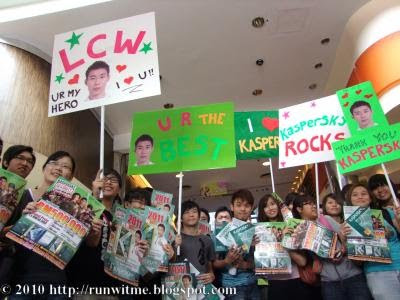 For those uninitiated, Datuk Lee Chong Wei is the World's No. 1 Badminton Player. Lee Chong Wei played one of his best matches this season and beat his long time nemesis, Lin Dan of China to lift the Japan Open title in Tokyo recently. 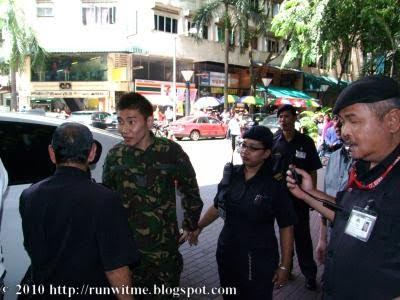 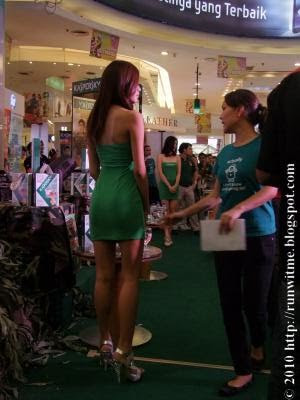 Is LCW checking out the Kaspersky girl on the right? ;) 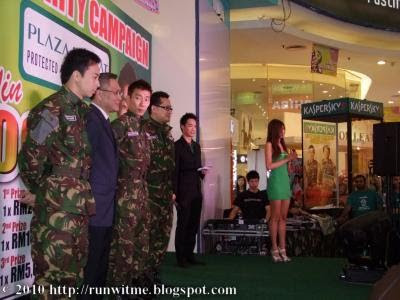 The launch gambit was military themed. The dancers and the VIPs, including LCW were dressed in army uniform. I guess this is in line with the protection and security that Kaspersky is offering in their antivirus and internet security products. 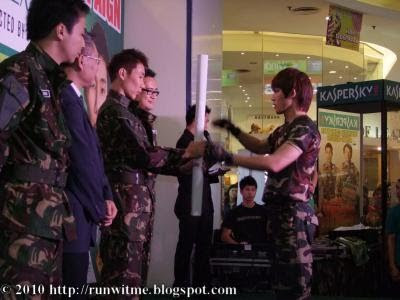 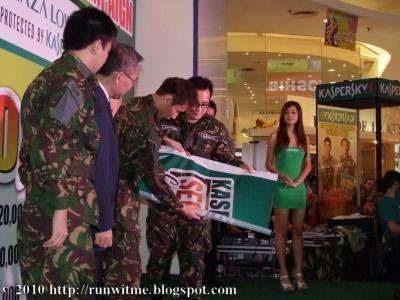 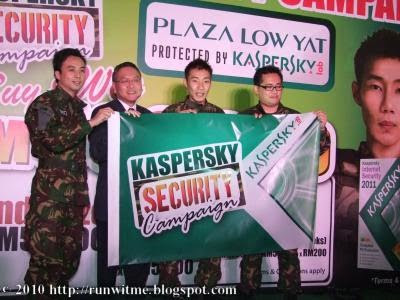 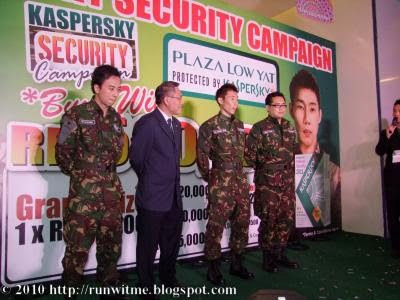 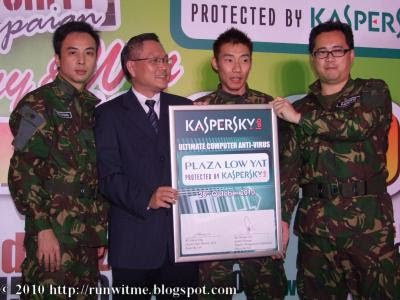 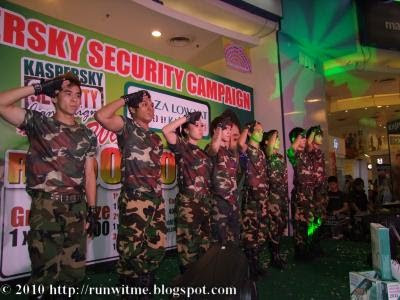 Q & A session with media. 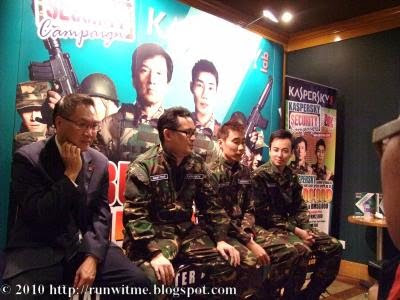 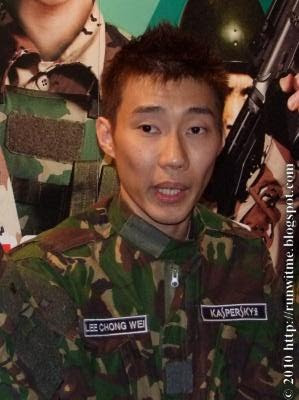 There was an autograph signing session for those who had purchased the Kaspersky products. I didn't stay on because I had to rush to Shangri-la to meet jazz singer/ guitarist, George Benson at 4:00pm.

What do you think LCW in an army uniform?