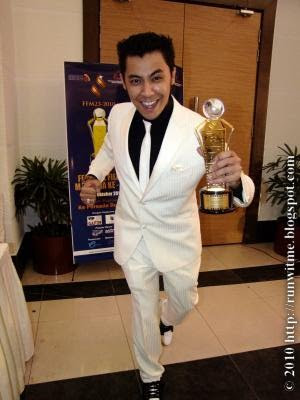 OK. You probably seen tonnes of his pictures walking down the red carpet, posing with his awards and doing the interviews after his win; you know the boring type. LOL! I bet you have not seen him in these running poses.

So, we asked to pose as if the award is a baton in a race. Heheh! 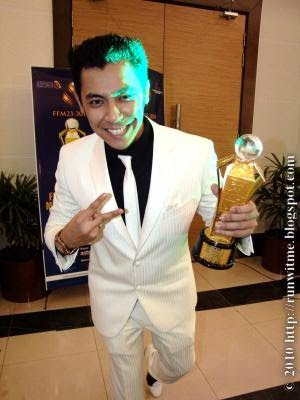 Thank you Syamsul for being such a sport. 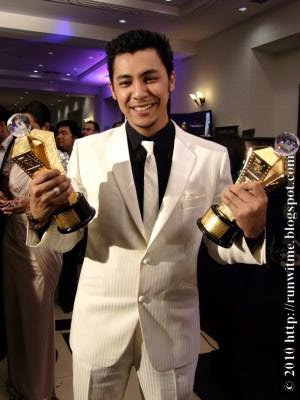 He was obviously overcame by emotions during his acceptance speech for winning the Best Director award. 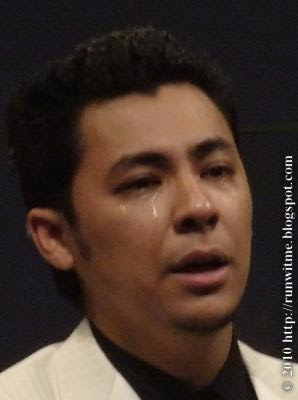 The girls should dig this...LOL! The last time we saw a grown man cry in public was during one Fahrin Ahmad press conference. That Bung Mokthar's crocodile tears doesn't count. Heheh! 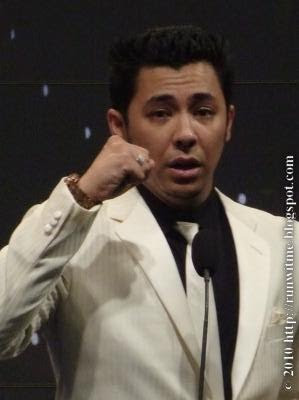 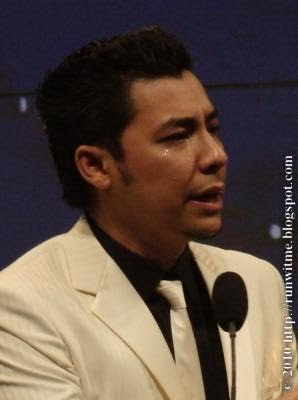 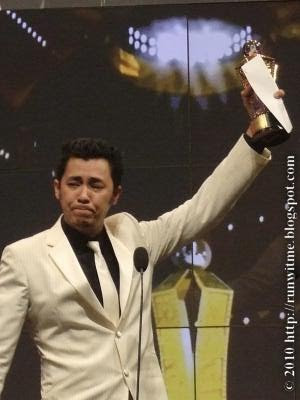 A talented young man indeed. Apart from starring and directing in his own movies, he also sings/ raps. 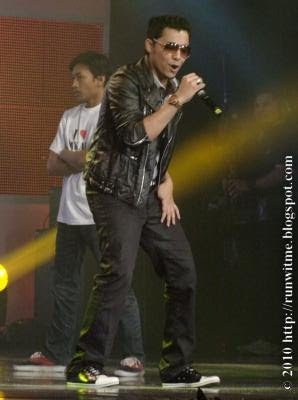 He performed as the song, "Evolusi KL Drift" as member of BurnSoul feat. Ayu and Radi OAG at the award show. 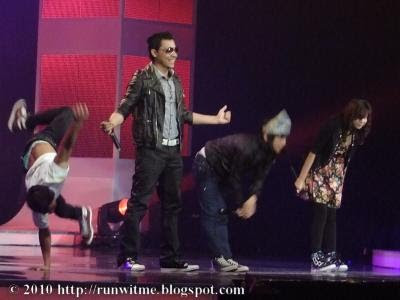 At the red carpet - the future is so bright, he gotta wear shades. 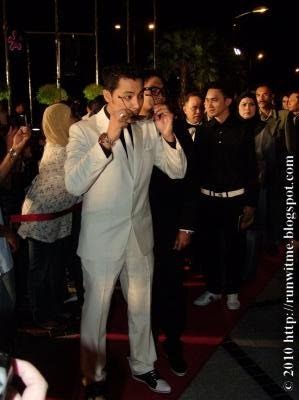 His suit was sponsored by Lord's Tailor. 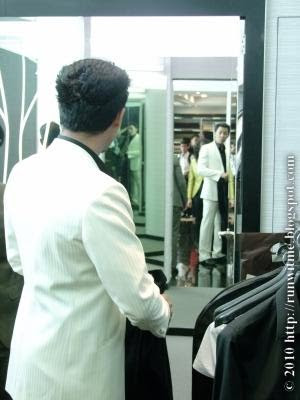 The first time I saw him was during the press con for the FFM 23 at Lord's Tailor, Bangsar. 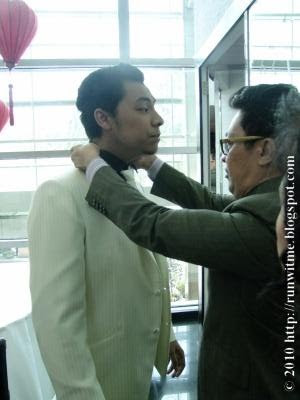 With other Malaysian actors, all dressed for the press. 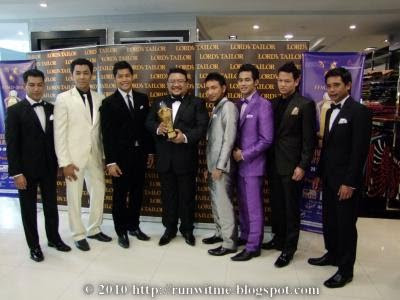 Check out the video of Lord's Tailor fitting HERE.

Next, we have FFM-23 best actress, Lisa Surihani doing the running for us.

Really? You have to comeback to find out. :)