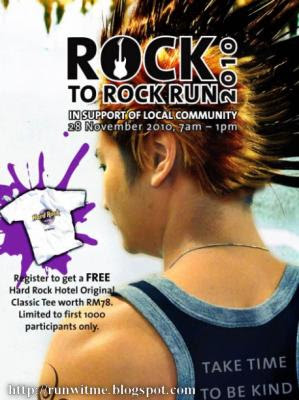 On 28th November 2010, Hard Rock Hotel Penang will be organizing its first run for charity, aiming to raise RM30,000 for Rumah Kebajikan Seri Cahaya in Penang. The 5km fun-run which is officially named “Rock to Rock Run 2010” is co-organized with the Penang Amateur Athletic Association (PAAA) and Lions Club Penang (Gold Coast) in conjunction of the Penang Beach Carnival 2010, a project initiated by the Penang State Government. AMD is the sole Diamond Sponsor for “Rock to Rock Run 2010”. 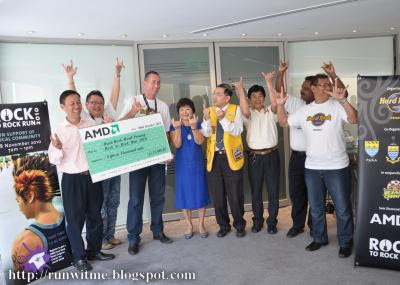 “Over the last year, Hard Rock Hotel Penang has been committed to various charitable causes. One of our philanthropic commitments has been towards providing a better home for Rumah Seri Cahaya. To date, we have contributed over RM8500 in cash and kind through many activities organized by Hard Rock Hotel Penang with them. Through ‘Rock to Rock Run’, we hope to raise RM30,000 for this home to start up a kitchen in their new shelter,” said John Primmer, General Manager of Hard Rock Hotel Penang.

Rumah Seri Cahaya, a non-profit organization was founded by Kaliamah Tandathabani and Linda Gregory to provide aid to more than 80 children and 10 senior citizens in terms of food, accommodation, medical and even education fees.

Rock to Rock Run is now open for registration till 10 November 2010. Registration forms by postage must be received by 20 October 2010. The run is limited to the first 1000 participants. Registration fee is RM35 per person (inclusive of a Hard Rock Hotel Original Classic Tee worth RM78).

More details about this run and registration form are available at penang.hardrockhotels.net