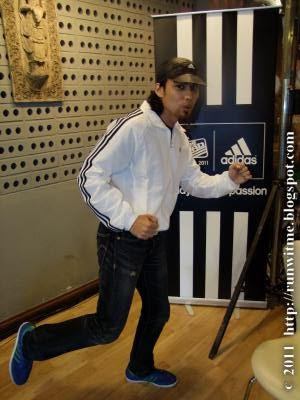 Check out who we caught up with at the adidas King of the Road Malaysia launch, held in Thai Thai Restaurant in Sunway Pyramid just now?

He is actor/ model, Jehan Miskin - whom we saw last at the CUN! movie premiere not long ago.

Today, he wear the emcee hat for the launch.

Are you ready to be KING OF THE ROAD? 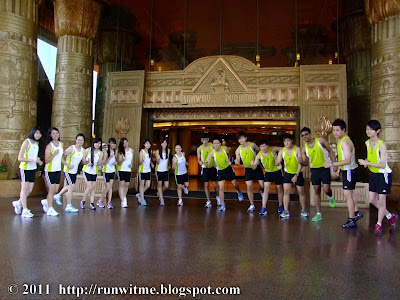 Today, on 20 April adidas Malaysia has officially launched the King Of The Road (KOTR) 2011 Malaysia series which is scheduled to flag off on 2 October 2011 at Sunway Pyramid. The race will take runners along the New Pantai Expressway (NPE) over a 16.8km and 10km stretch. 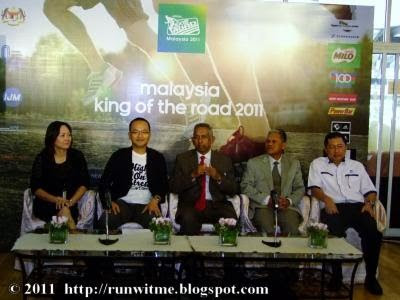 adidas King of the Road 2011 is a running championship held across 5 countries - Thailand, Singapore, Indonesia, Malaysia and Philippines.

Each country is a qualifying leg towards the finals, which is held in the Philippines on 23 October 2011. The winner and runner-up of each country's 16.8km category will win an all-expenses paid trip to the Philippines to compete with the best of the best in Southeast Asia. 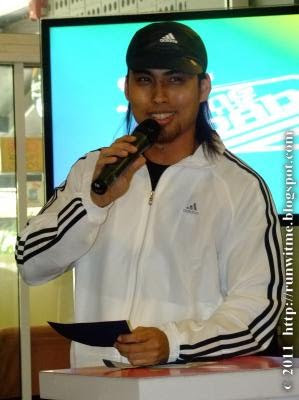 In Malaysia, the event is open to participants across two categories - the "closed" category (Men/ Women) is open to local runners (Malaysians & Permanent Residents) and the "open" category for international participants. 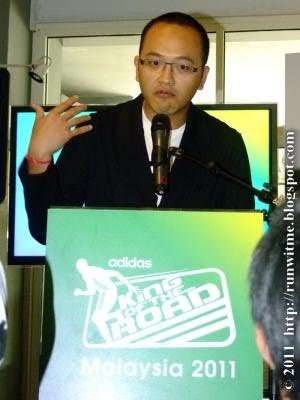 The theme for this year's race is "Colours" and is set to be the most colourful run of the year. With the iam to "colour your run' the theme will be represented through variety of different coloured adidas T-shirts which will be donned by the runners. 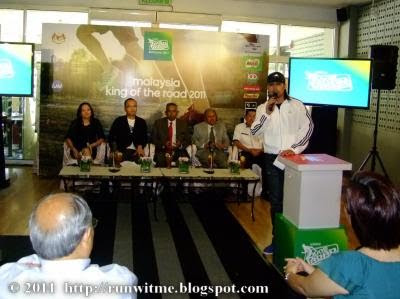 The participation fee is at RM50 per runner (16.8km) and RM35 per runner (10km) and is open now until the closing date 30 July 2011. All participants will receive a special adidas KOTR 2011 tote bag with running vest abd timing chip. All finishers will also receive a medal! 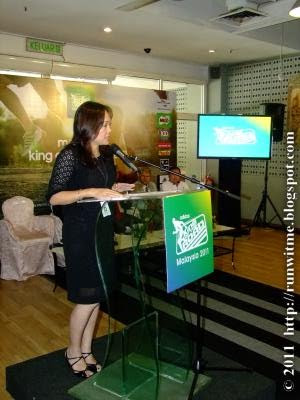 With great prizes to be won, over RM35,000 worth of cash and vouchers from adidas Malaysia, great value discounts for participants on selected air flights by official airline sponsor - Tiger Airways for fares booked from 1 - 22 August and exclusive Sennheiser Headphones merchandie up for grabs, the KOTR 2011 is an event for runners not to be missed. 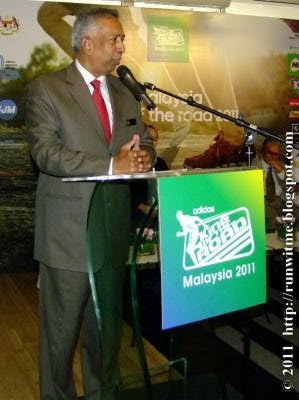 We got some video footages of the launch. There are runners running in the mall again. Heheh!

I can't wait for 2 October! Heheh! Sign up at http://www.adidaskingoftheroad.com/

tell me the event singlet is pink/blue (for women/men respectively) and not the white/green on these "model" runners, pleaseeeeeeee