We would love to see her run on the beach ala Pamela Anderson on Baywatch. Heheh! But we have to make do with this running pose because the nearest beach is like 30km away. LOL!

Meet Lana Nordin, the actress known as the Malaysia's Pamela Anderson. :D She will be seen in action in the latest hor-medy (horror comedy) by Afdlin Sauki called Ponti vs Omi (Pontianak vs Orang Minyak). 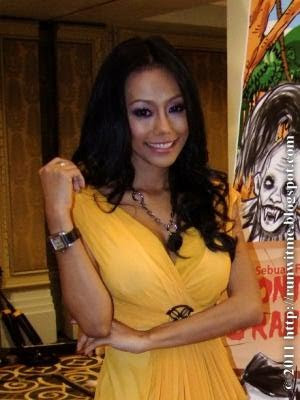 Lana Nordin plays Ruminah in the movie. We are not quite sure what she does in the movie but we think it's gonna be HAWT!

Ponti vs Omi tells a story of two newbies ghosts who has just set out to do their spooking career in the ghost community. Ponti (played by Nabil Raja Lawak) is a male Pontianak who is hated by his kind because Pontianak is supposed to be a female ghost.

Then there is Omi, the Orang Minyak (played by Johan Raja Lawak). Omi is also resented by his community because of his effeminate behaviour. According to folklores, Orang Minyak is supposedly a virile male ghost who rapes unsuspecting virgins at night but Omi is not ahem...born that way.....Heheh! 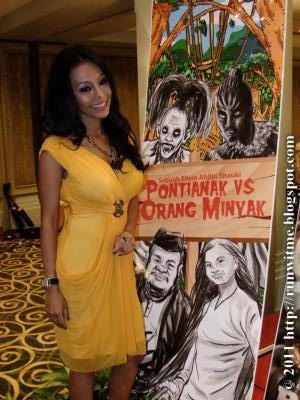 The ghosts in their respective communities try very hard to teach Ponti and Omi to be the real ghosts. In the final attempt, Ponti and Omi were sent to a village called Kampung Puaka to find their victims as a test.

Unfortunately, none of the Kampung Puaka villagers are scared of ghosts. They are witch doctors, exorcists and repented ghosts. Repented ghost? That's right! Hahah! 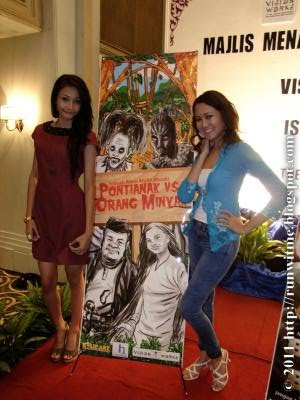 Ponti and Omi decide to attack the two girls but they fall in love with the girls instead! This is gonna be funny! LOL!

Meanwhile, there is a power struggle between the village head Pak Rejab 9afdlin Sauki) and his brother in law, Sudiro (Khir Rahman). But since Pak Rejab is more powerful, Sudiro has to kowtow to him. This leads him to make a deal with the head of Orang Minyak and the Queen of Pontianak to help him to defeat Pak Rejab.

So, what will happen to the villagers of Kampung Puaka? Is Sudiro going to succeed with his evil pack? More importantly, will Ponti and Omi become real ghosts like they wanted to be? We can't wait to find out! Do you think this Ponti vs Omi is going to be a hit? The boss of Ismail Holdings sure think so. Ismail Holdings have signed an MOU with Afdlin Sauki's Vision Works Sdn Bhd. to produce a total of 15 films (5 this year and 10 more the following year)....

These movies - Berani Punya Budak, Along Bukit Beruntung, Berhantu and Papadom 2 are in the pipeline. 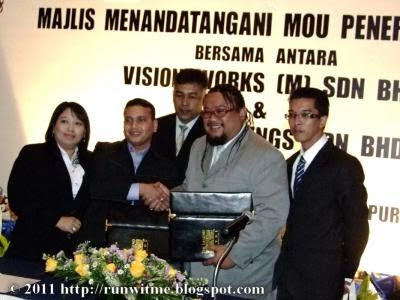 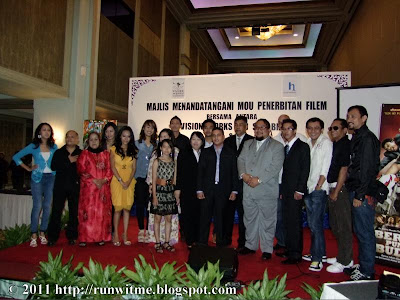 To commemorate this special occasion, a special cake cutting ceremony was held. 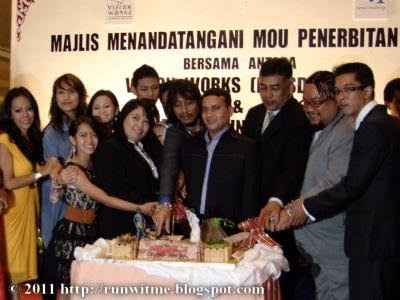 The cake is kinda special. It is ghoulishly delicious. LOL! Check out Ponti vs Omi cake! 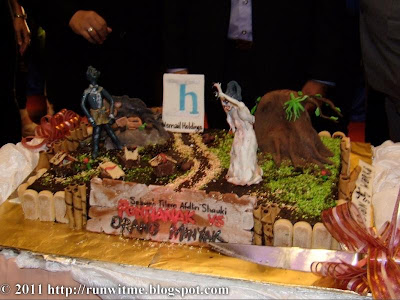 Told ya the cake is good! :P 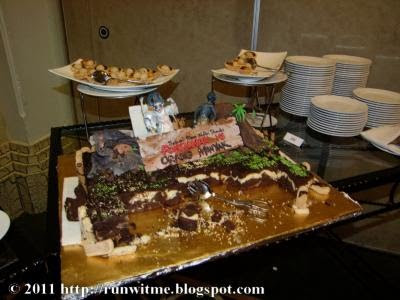 Check out the cake cutting ceremony below.

Ponti vs Omi has yet to receive a release date yet. They have just finished shooting not long ago. But from the trailer screened to the press that day, we think it is gonna be a hoot, not unlike those P. Ramlee hor-medy films.

Two thumbs up for Afdlin Sauki and congrats once again!