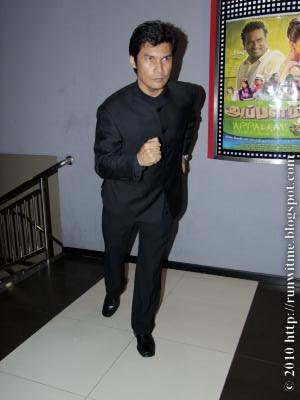 It's Rashidi Ishak. Looking extremely dashing. If there was a remake of Matrix in Malay, he'd be perfect for Neo! :)

We actually waited for him at the foyer after the gala premiere of Appalam at Lotus 5 Star PJ State Cineplex yesterday evening. He was kind enough to pose for us while his wife, actress Vanidah Imran looked on. Vanidah tweeted a pic of them two calling him her hero, Shah Rashidi Khan.

Note: Neither Vanidah nor Rashidi is featured in the movie Appalam.

Pssst...we also have some Vanidah "running" photo just waiting to for the right moment to be posted. :)

He got it right after the third snap. The other two tak boleh pakai because the facial expression was kinda scary... 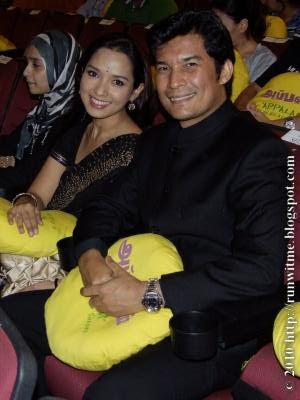 What is Jaclyn Victor doing back there? 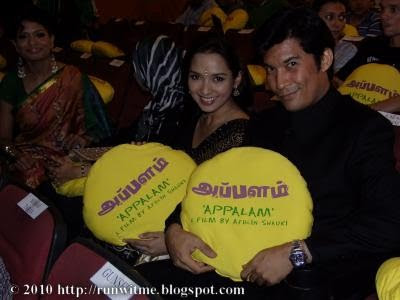 Of course Jac has to be there. She is the main character. She plays a ghost that keep appearing at crucial moments in the movie. Heheh! 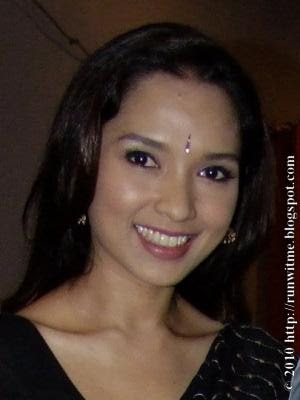 Doesn't she look so elegant in that saree? Vanidah plays Professor Balqis in the original Malay movie, Papadom - where Appalam is based on. 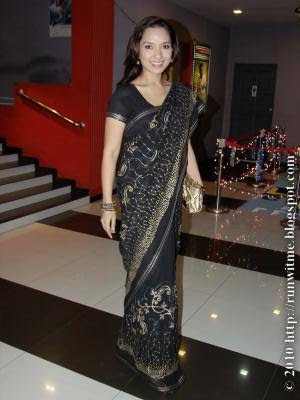 Before the movie, guests were treated to a yummilicious banana leaf rice..complete with Appalam, of course.

FYI, Appalam or papadum is a thin, crispy Indian preparation sometimes described as a cracker or flatbread. It is typically served as an accompaniment to a Indian meal. 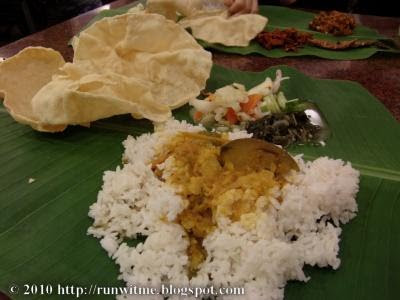 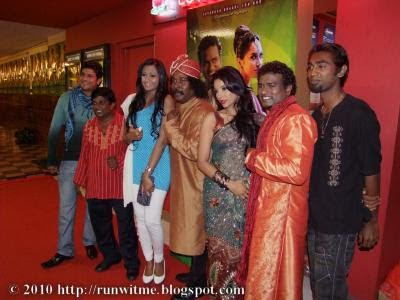 Gana and Raja Ilya who play a father-daughter combo in Appalam. 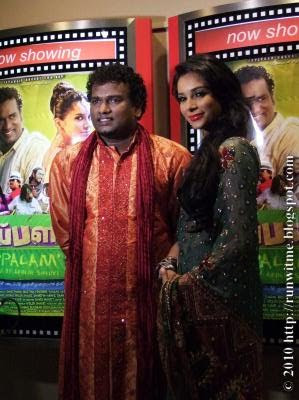 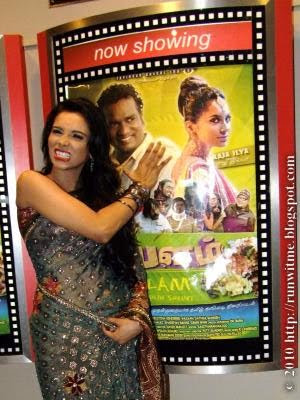 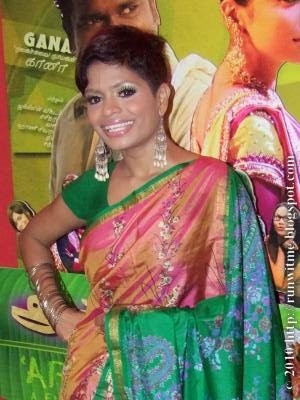 Appalam tells a story of an overprotective father who goes under disguise as a garderner at her daugther's college to look after her. Hilarious moments entails when the daughter falls for a pop star and he himself gets the attention from her daughter's lecturer. 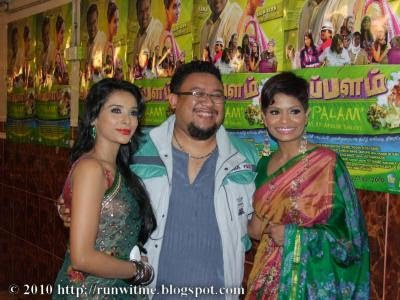 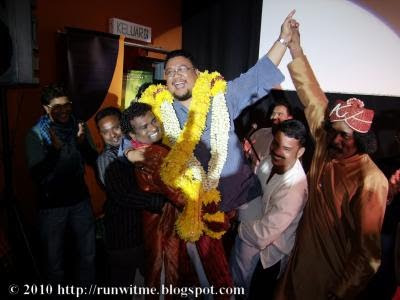 Appalam is the first local Tamil movie after two decades. We hopes this do well so that many more local productions can be made in the future. Boleh-wood! 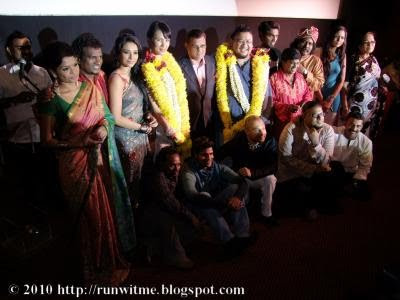 Check out Appalam trailer below. It will be released nationwide on 25 November 2010 by Tayangan Unggul.