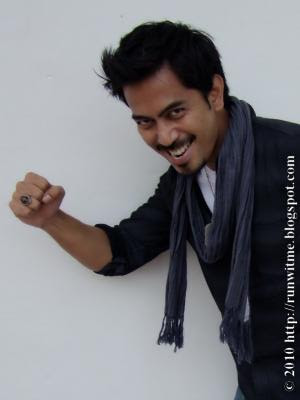 This is Wan Raja. ...Dalam Botol is the big screen debut for this TV actor. We got him to pose like a runner at the special screening for bloggers at Dolby Mixstage, FINAS on 10 Nov 2010. Thank you Wan Raja.

If he looks like a baddie running in the pic above, well it's because he plays a baddie in the movie. :) 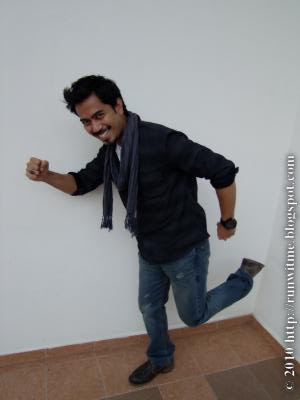 Wan Raja plays Ghous a bisexual lover to the lead, Ruby/ Rubidin, a man who had his sex change operation to "surprise" his lover. 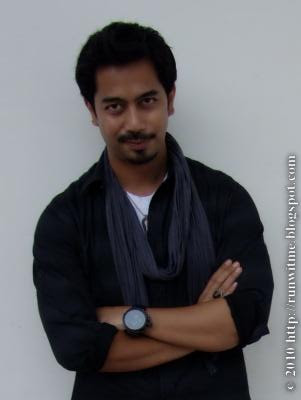 The title of the movie was originally Anu Dalam Botol (literally means "Dick in A Bottle") but the word ANU is reduced to three little dots due to censorship.

Oh well, if they can't handle even the word anu, do you think they can handle anus? Hmmmm..... 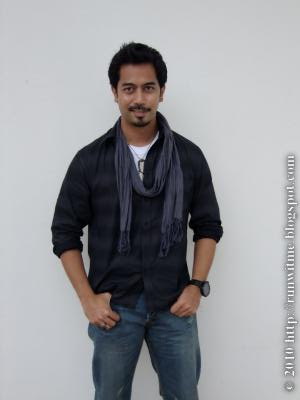 A bit of spoiler here, you can't even see the bottle in the movie, let alone the anu. The bottle is supposedly placed in a shopping bag. ;)

Nonetheless, it's a BIG step for the conservative Malaysian movies for featuring homosexually central characters. 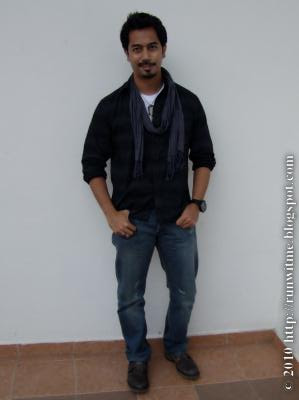 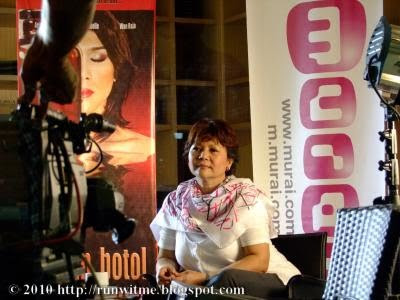 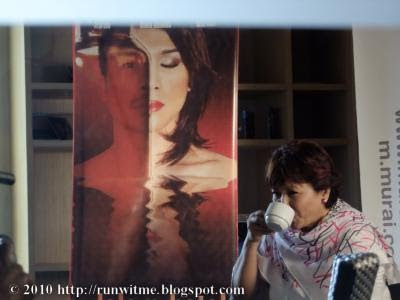 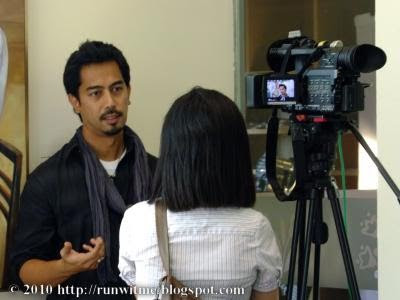 We were part of the approximately 50 bloggers invited for the exclusive movie screening at Dolby Mixstage, FINAS. It was quite unusual. I think its the first movie in Malaysia to invite bloggers for its preview screening even before the mass media. We'd like to thank Raja Azmi and Amy Ikram for the invitation. 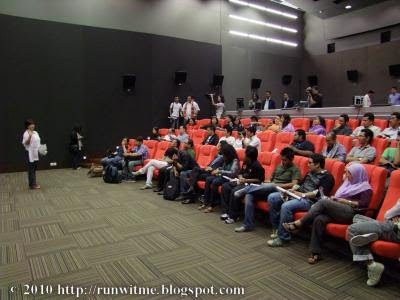 Meet veteran actor, Normah Damanhuri. She plays Rubidin/ Ruby's mother. I must applaude her acting. My heart almost can feel her pain as she confronted her son who returned home as a woman. 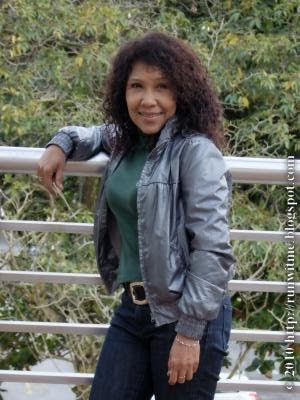 What I like about the movie? Good great supporting casts - Normah Damanhuri shines in her role. Ogy Ahmad Daud too and Diane Danielle is suprisingly believable for a girl to fall for a gay man.

If there is a girl who could turn a gay man straight, I think Diana Danielle would be that girl. Heheh!

What I don't like? Some glaring mistakes in the subtitles, choppy editing, boring cinematography and weird selection of songs for the soundtrack.

What's with the Buka Pintu by Anekke Gronloh song for closing credit? No doubt, it's catchy as hell. But what does it got to do with the movie? That song got stuck to my brain for hours after the show ended and unfortunately it was the only thing that stuck from the movie.Hahah! Luckily I made some notes during the show. I guess a sad song or sweeping ballad (say Dayang Nurfaizah's Hilang) is more suitable to suit the mood of the ending.

Anyway, praise Raja Azmi for coming up with such bold scrpit and movie. Great job by the casts.

Will there be sequels? I have lots of fun thinking the names for the sequels. LOL!

Check out the trailer below....It more or less sums up what the movie is all about (like any other local movie trailers).

...Dalam Botol will be released to cinemas nationwide on 10 February 2011. It's not your typical movie for your Valentine's Day weekend but heck...try something different next year!

the end credit song is supposed to bring out the point that this is a "subversive" moment for a malaysian film.. thats why it goes "woof woof"

i'm sure goona watch this movie!