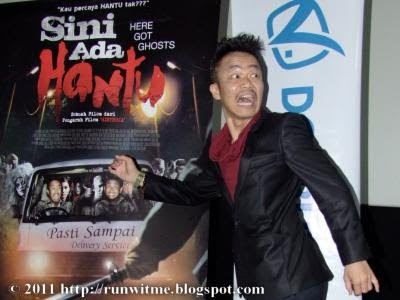 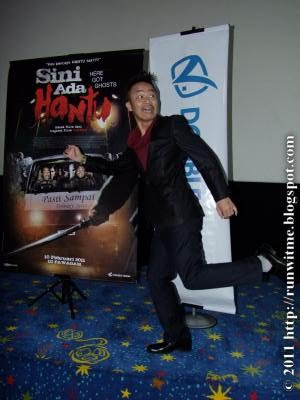 Alvin Wong is the lead for the horror comedy Sini Ada Hantu (SAH) along with Baki Zainal. We caught him after the premiere of SAH at GSC Mid Valley on 25 Jan 2011.

Sini Ada Hantu is the story of two drivers, Ah Meng (Alvin Wong) and Bakri (Baki Zainal) who find themselves dealing with more horror than they can handle when they take on a last minute, late night job: to deliver their boss's late grandfather's body encased in an old Chinese style coffin to a small village outside town for the latter's burial. 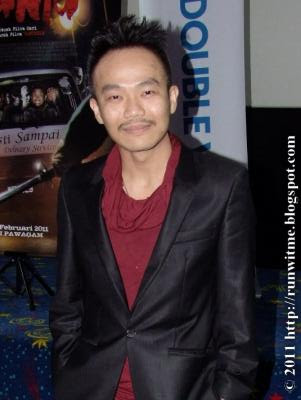 To pass time and to stay awake, Baki and Ah Meng decided to tell each other ghost stories. Their so-called true stories are fleshed out in three independent short stories in the film. The ghost stories become their reality when their van breaks down in the middle of nowhere and they encounter their own ghost! 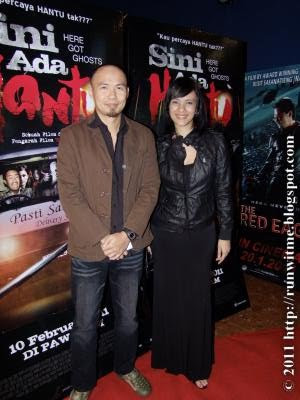 Alvin Wong and some of the actors from SAH. 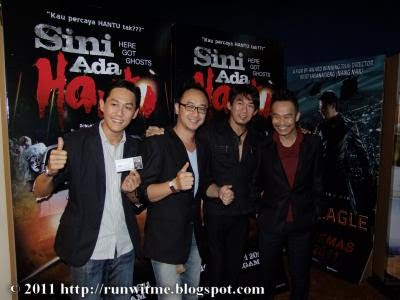 SAH features an ensemble of up and coming young actors, including Alvin Wong and Baki Zainal, as well as special appearances from established actors such as Mano Maniam, Patrick Teoh, Fasha Sandha, Kuswadinata, Ramasundran, Kazar Saisi among others. 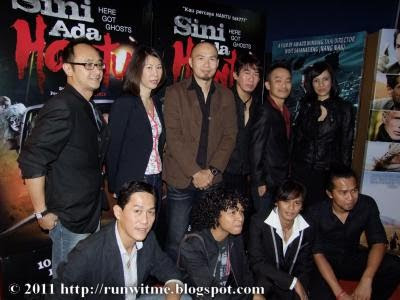 Fasha Sandha is stunning as the Hantu Pokok Pisang. She didn't attend the premiere though. And yes.....It is her under all those ghastly make-up when the beautiful spirit turns into a monster! 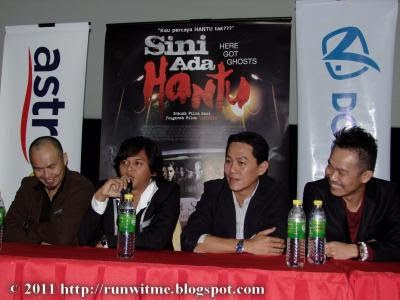 My favorite among the three short stories is the one involving the haunted hostel where ghosts of Japanese Army roam. Heheh! Scary sh*t here! Re: toilet humour. LOL! 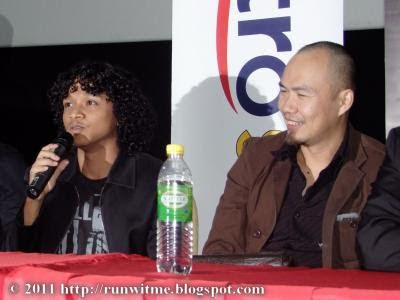 The ghosts featured in the movies are not new, we could have heard it from friends, relatives or from someone they know. In fact, I used to be spooked by all these ghostly tales about Hantu Pokok Pisang, Hantu Ekor and Hantu Jepun when I was small. But nonetheless, the movie is still scary....yet funny. Thanks to the comedic timing of actors and the twist at the end. 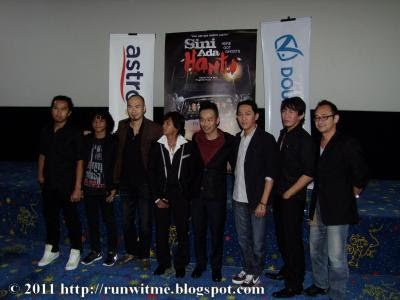 Check out the trailer for Sini Ada Hantu below!