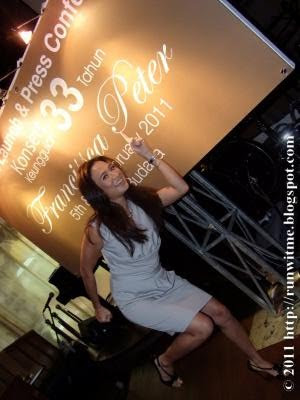 We featured Francissca Peter as our Celebrunner before, so we are not gonna ask her to run again. LOL! See Fran runs HERE. Instead, we got the emcee for the press con, Juliana Ibrahim to do the running! :)

It's been a while since we last saw actress, Juliana Ibrahim. According to Juliana, she was busy having babies! Hahah! That's her own word - she had two babies back to back (9 months & 2 years old) 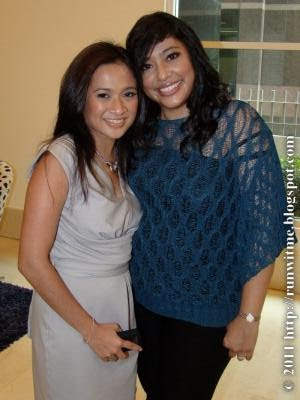 As you'd probably know, Francissca Peter will be having her first grand concert at Istana Budaya on 5-6 February. This marks her 33th year in the entertainment industry. So, to celebrate it, she will be singing 33 songs, backed by 33 live musicians! We wonder if she will have 33 dancers and 33 back up singers as well. LOL! 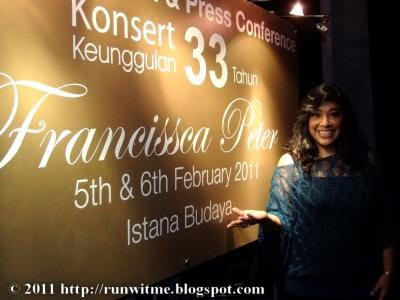 Royston Sta Maria, her long time duet partner will also be flown in from Australia for the concert. So, if you are a fan, you will be in for a treat! It will be the first time in almost 20 years Fran and Roy will be singing on stage together again! 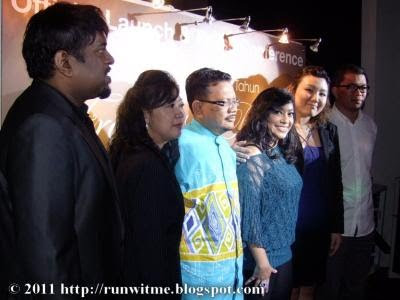 Fran gave us a little sneak peek of the concert during the press con. Her voice sounds as good as her record 33 years ago! Amazing! 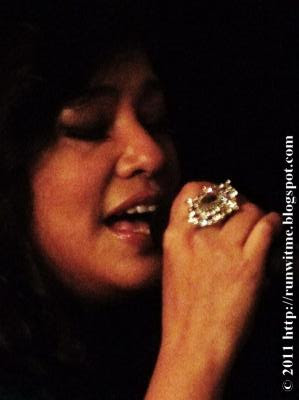 We certainly can't wait to watch the concert!

What song will she be singing in the concert? We think there are some hints in the souvenir tee below. LOL! 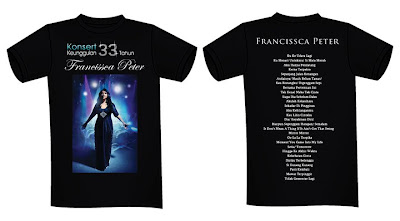 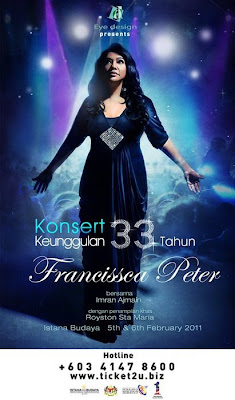 Further information can be obtained at francisscapeter-concert.com or call hotline 03-4147 8600. Also available at the concert will be exclusive merchandise including a box set featuring all of Fran’s albums.

Note: Two charitable organisations will stand to benefit from Fran’s concert – World Vision, an international aid organisation (Fran is its Malaysian ambassador for the sixth year running), and Yayasan Salam