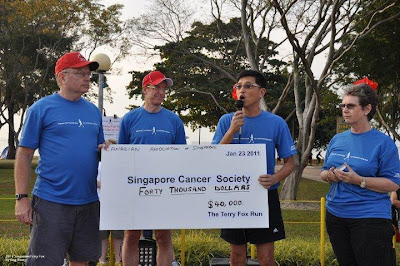 After a five-year absence, the Terry Fox run has made a comeback to Singapore.

Unfortunately, we couldn't make it to Singapore for the run. But fret not, our good friend, Mr. Tey Eng Tiong is kind enough to share some of his pics with us....Thank you Tey! 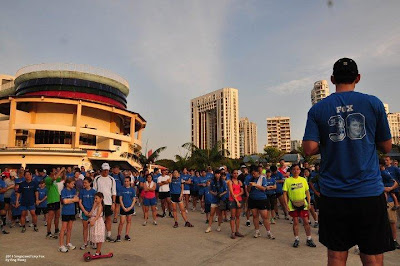 About 1,500 participants took part in the run held at the Playground@Big Splash last Sunday morning (23 Jan).

And S$40,000 was raised through the sale of tee-shirts and donations.

All the proceeds will fund cancer research programmes at the Singapore Cancer Society. 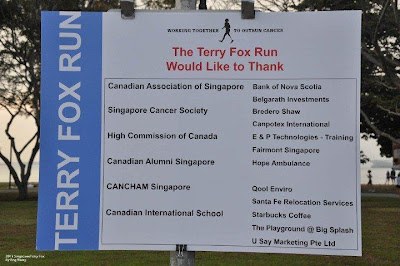 The Terry Fox run is named after Canadian amputee runner Terry Fox who attempted to run across Canada to raise money for cancer research.

To date, millions of dollar has been raised worldwide for cancer research in Terry's name through the annual Terry Fox runs held across Canada and across the world including Kuala Lumpur. 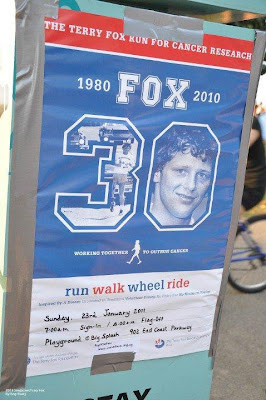 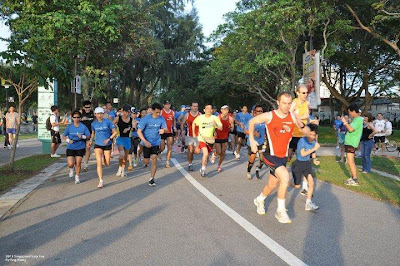 Runners had the option to choose a 5 or 10km run. We saw many runners completing the run despite some physical disadvantages. 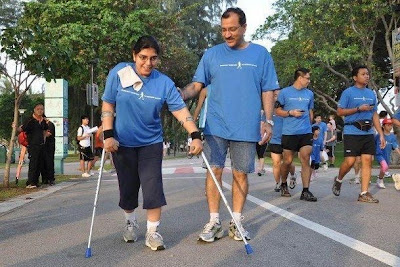 The Singapore Blade Runner (SBR). A familiar face in marathons here in Singapore and Malaysia. Born without a left foot, he wears a specialised prosthetic limb known as a "flex blade", specially designed for running long distances. 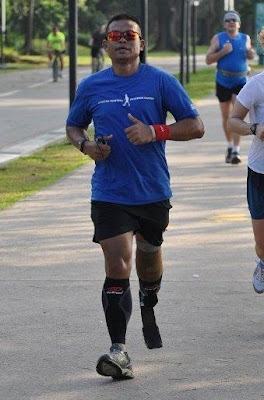 Anybody knows who he is? Please drop me an email so that I can put his name here. 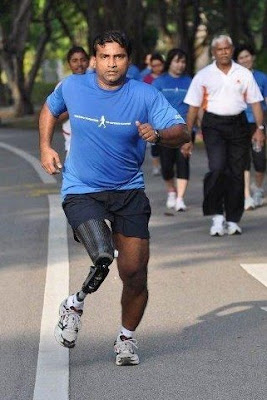 Mr. Tey and Singapore Blade Runner. We did a interview with SBR last year. Read about it HERE. 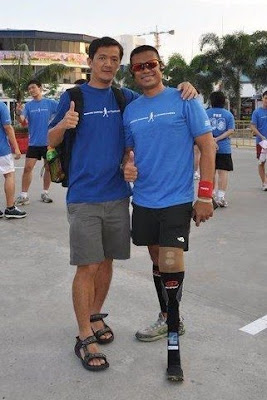 Runwitme says: We heard there were free coffee from Starbucks, free cookies from Fairmont Hotel, oranges, bananas and water! How come we didn't get free Starbucks coffee in Kuala Lumpur??? LOL! We noticed that Terry Fox Bangkok also served free Starbucks coffee when we joined the run in Thailand a few years ago.

Check out my photos and video of Terry Fox Run Kuala Lumpur HERE.

anyway,I walk to duathlon area after the run around 9am plus.