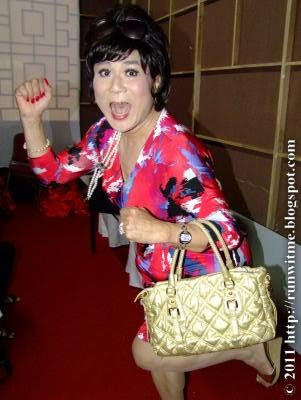 Actually, we caught up with "her" at a meet the fan session at Berjaya Times Square to promote the movie "Homecoming".

For a strange reason, her pearl necklace came off when she was posing for my camera! Luckily is just the necklace not her bra. LOL! 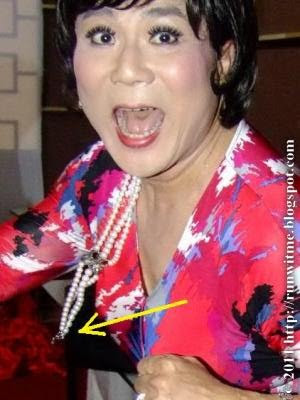 Well, Karen Neo is actually actor/ director, Jack Neo in drag for the third time in his acting career. He is famous for his potrayal of a granny Liang Po Po. 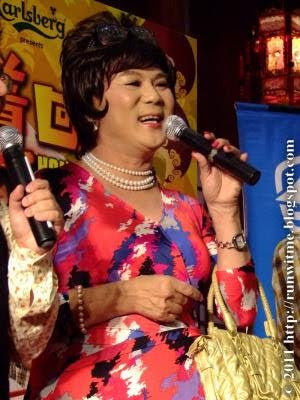 Now, he plays Karen Neo, accident-prone but well-meaning mother of Ah Niu who is caught in the mad dash of homecoming or "balik kampung" journey from Singapore to Malaysia. 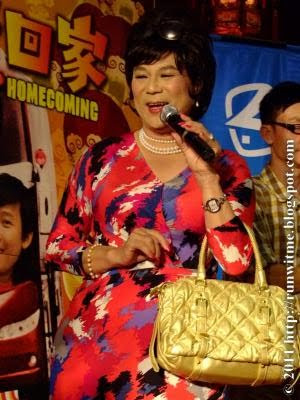 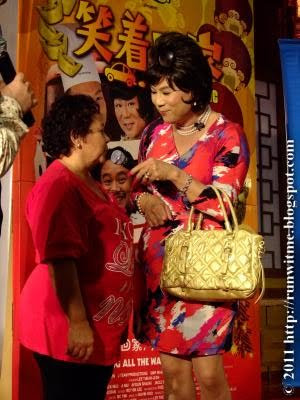 Homecoming has three intertwined stories: a demanding chef who cannot wield the same control over his teenage daughter, a mother-and-son pair who embark on a comedy-of-errors sort of road trip across the Causeway to make it in time for the yearly reunion dinner, and a yuppie couple who have to choose between a free vacation to Bali and New Year’s Eve with their family. 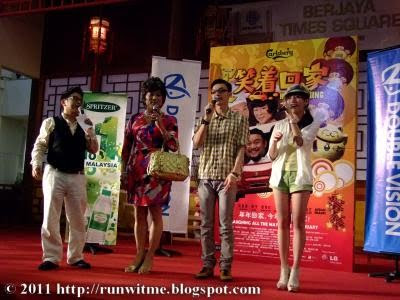 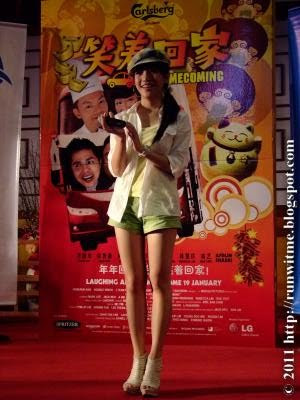 She plays Mindy, the lonely neglected child of Chef Daniel. Mindy decides to travel alone of CNY eve from Singapore to Kuala Lumpur to be with her mother. In the bus she meets with Karen Neo and son. Some hilarious and and heartwarming moments entail. 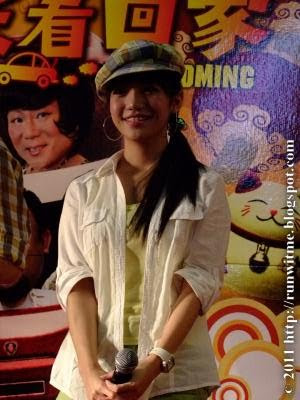 Mark Lee plays Chef Daniel, an over-achieving chef who bosses everyone around except his own daughter. I find his brand of Mandarin-Cantonese way of talking super hilarious! LOL! 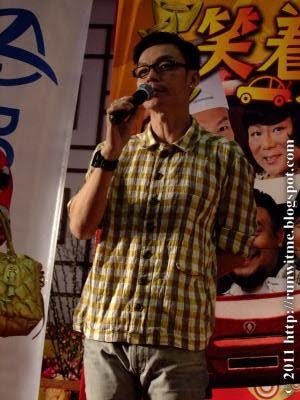 Homecoming is a surprisingly entertaining watch, an effective combination of comedy and family drama.

I have watched Homecoming last week and I was surprised that my friend, Akmal has a small role in the movie - playing the ticketing officer at the airport! Well done, Akmal! 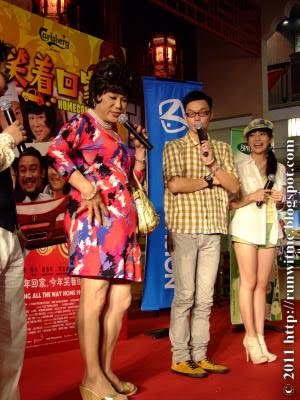 Homecoming is playing at the cinemas nationwide right now. Just perfect for the festive season! 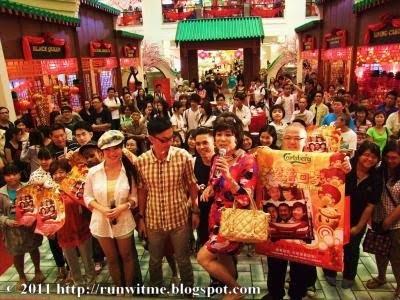 There was an autograph signing session after some games activity on stage. The Homecoming posters and angpow sleeves were distributed free. So, if you got the time, please head over to Sunway Pyramid where they will be appearing again at 7pm today! (29 Jan 2011) 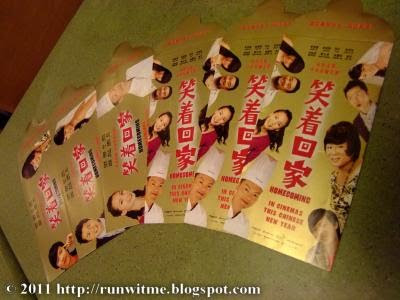 Check out the hilarious trailer below. There are more ROTFLOL moments in the movie. Go watch it!