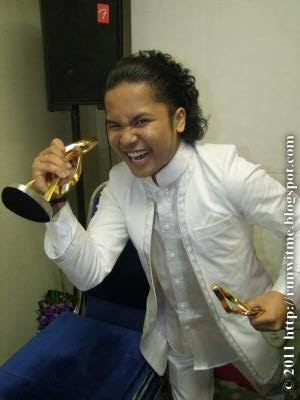 We managed to get his to "run' with his two trophies. Heheh!

His live vocals in "Noktah Cinta" were amazing. We love the little drama in his performance too. 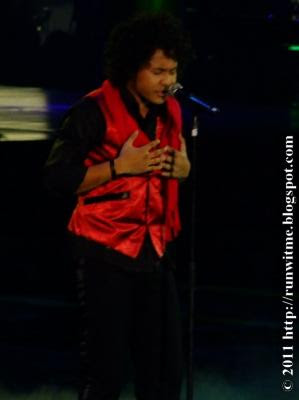 He was "gunned down" mid-way of his song. A group of people ran up to the stage for his aid. But the stage was a bit dark so I couldn't get nice pics of the whole drama.

While fans were still reeling from the shock, he strolled out singing the remaining of the songs in a different suit. 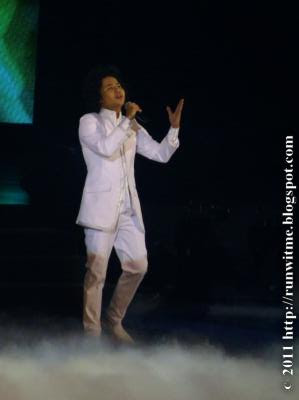 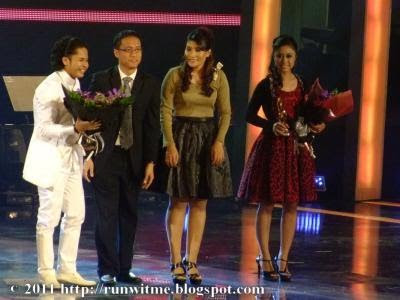 Hafiz was seen wiping his teary eyes when he entered the press conference room. Tears of joy, we supposed. 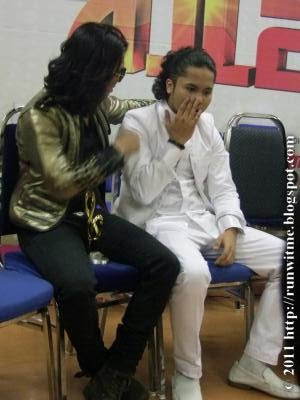 More candid pics from the press room. Check out where Faizal Tahir put his trophy....Mencanak! LOL! 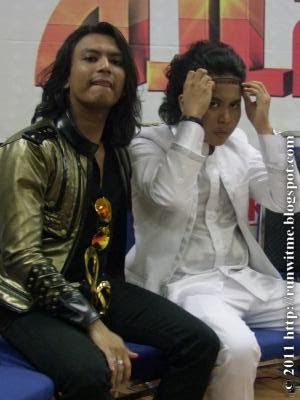 Getting his hair pretty for the photo shoots later...LOL! 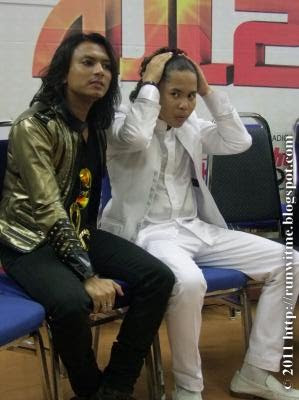 The situation was some what tense in the press room because some media are questioning the juries for selecting Ana Rafali's "Tolong Ingatkan Aku" as the champion. They felt there were other more deserving songs for the AJL title. We will cover that in a different post. :) 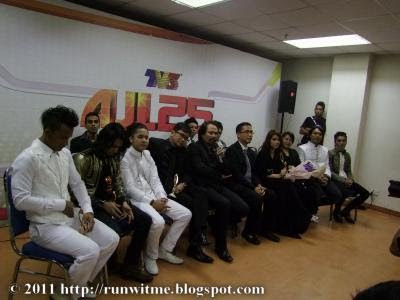 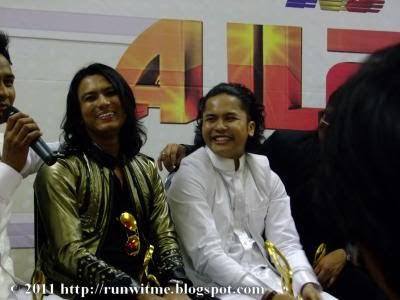 When asked what he would do with the prize money, he said - to repair his car! LOL! He wrecked his car badly in an accident a few days ago. 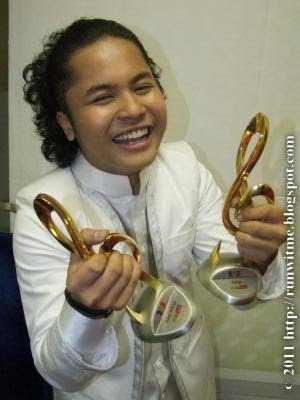 We thought insurance will take care of it? Throw a party for the fans la....Heheh!