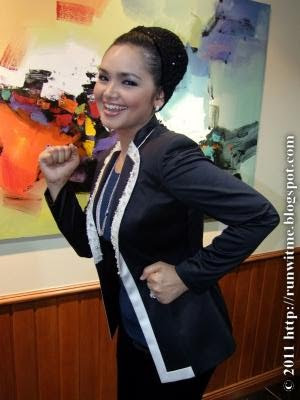 I have been wanting to get Siti Nurhaliza to do the running pose for quite some time. Usually, one has to bulldoze his way to her because she is always surrounded by not only paparazzi but also hordes of fans with their mobilephone cameras. Today, I got lucky!

She was wrapping up after the press interview and some photoshoot with a few photographers after taping her new talk show simply titled SITI at Sound Stage, Filem Negara when I approached her, with a photo of Sheila Majid "running", hoping she would do the same. She agreed without hesitation!

Thank you Siti Nurhaliza for making my day! :D 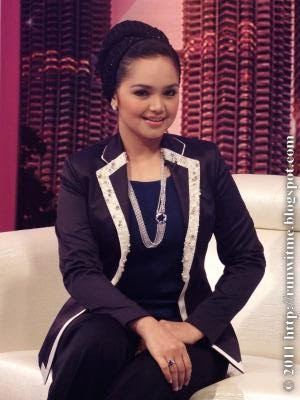 She is doing taping of her talk show from 2 - 6 Jan at the Sound Stage of Filem Negara Malaysia, Jalan Utara, PJ. If you want to see Siti in action, tomorrow (6 Jan) is the last day for you to do so.

The talk show puts another feather onto Siti's cap. She is already an accomplished singer, songwriter, producer, brand ambassador and businesswoman. 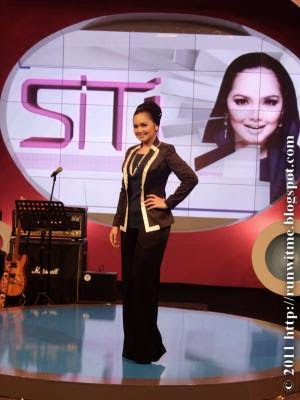 It will not be a Siti show without her singing, right? Heheh! 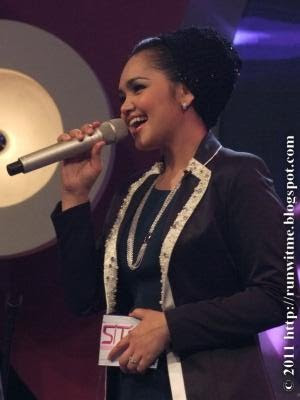 Siti getting pretty for her talk show. :) 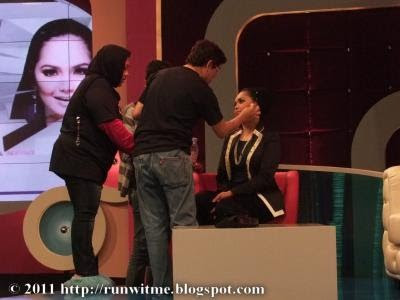 The concept of her talk show is inspirational, motivational and also entertaining. On the first episode she tackles the issue of baby dumping among others.

Guess who is coming to Siti talk show? 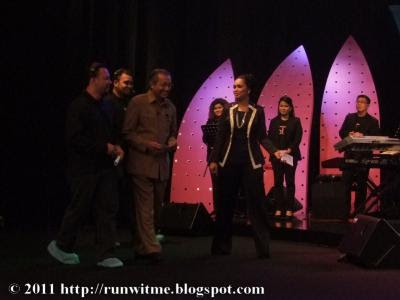 We were indeed lucky because the special guest for her talk show today is Tun Dr. Mahathir! 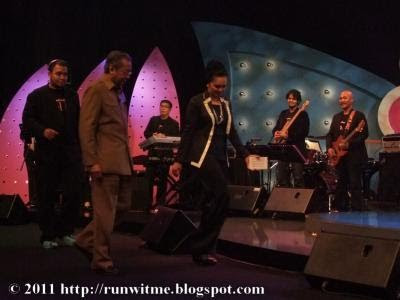 The last time I saw Tun Dr. M was during his Raya Open House two years ago. Click HERE to read about it. 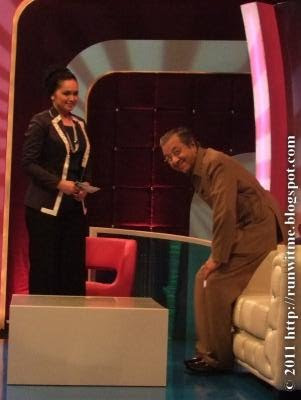 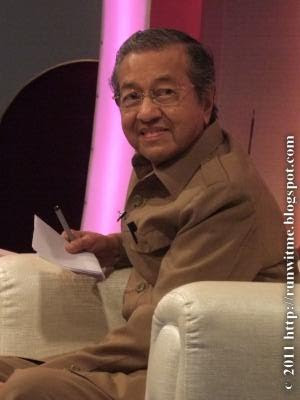 Is Siti offering Tun Dr. M a can of lozenges? LOL! 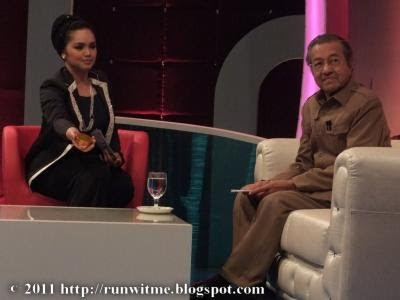 When asked what is his secret to looking healthy, Tun said - to have a balance life. Eat balanced meal. Do not smoke and drink. Simple advice! 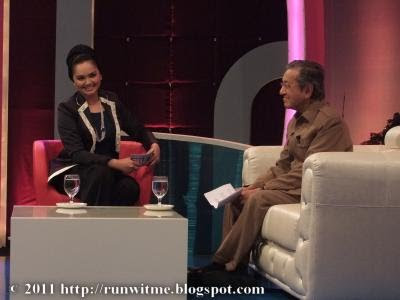 He also joked that his brain is not so good because he never eat fish! LOL! 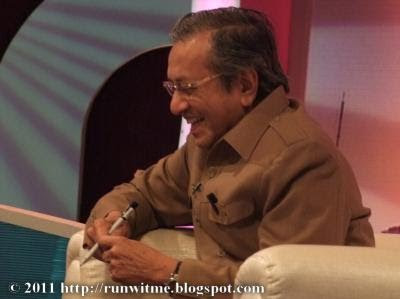 FYI, Tun's wife Tun Dr. Siti Hasmah couldn't join the talk show because of she was not feeling well.

Interesting guest for the first episode, eh? I wonder who else will be featured in the show. Siti Nurhaliza confirmed that Datuk K is not on the list when asked by one of the reporter...LOL!

Siti and Tun are almost the same height. So as the Twin Towers pic behind them. 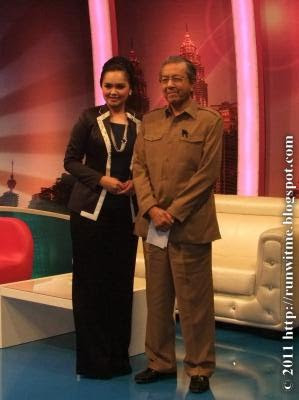 The interview segment also includes some questions from the audience to Tun Dr. Mahathir. One fler asked if Tun were given another chance to be the PM of Malaysia, what else will he do for the nation. If you want to know what is the answer.... 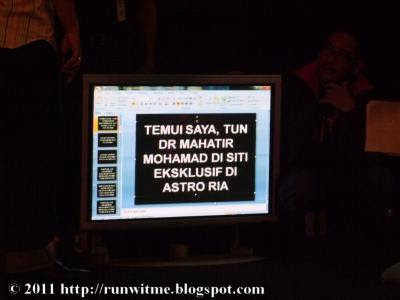 ...you gotta be glued on your TV set then Siti goes on air soon in February :)

wow... Tun M! He is still my idol and fav politician in Malaysia!

btw congrats on getting Siti to pose! :)