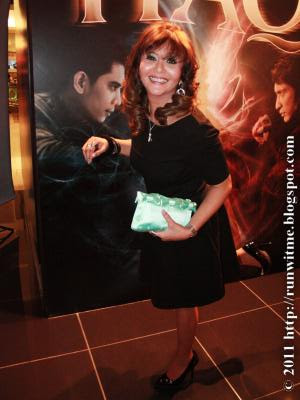 Whoa....She sizzles on the screen and she scorches the red carpet of Haq - The Movie premiere gala. We are indeed lucky to get Nanu Baharuddin to pose for us as Celebrunner! We caught her at the premiere gala of HAQ yesterday night at GSC Signature, The Gardens.

Nanu has a couple of FFM Awards under her belt - Best Supporting Actress 2007 and Best Outstanding Actress 1992.

Nanu stars in the movie as Zahra, a forlorn lover of the villian, Bad who also at the end falls for the hero, Haq. She also co-produced the movie. 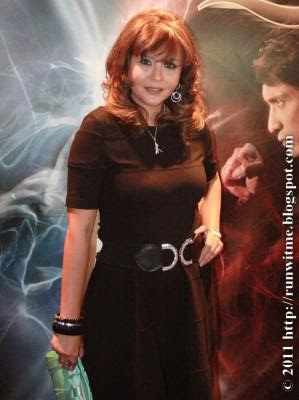 Nanu has been the talk of the town for her bed scene in with Adi Putra who plays Bad in the movie. But we think it adds depth to the story and it is been tastefully done by creative angles and tight editing. Not to spoil it for you, basically we only get to see some silhouttes and of course flashes of Adi's chiseled torso. Heheh! 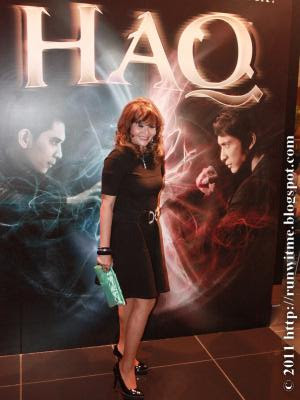 Back to the movie HAQ. It is a revolutionary action-packed fantasy featuring a star-studded cast of Zul Huzaimy, Adi Putra, Nanu Baharuddin and Raja Farah.

It is a tale of two brothers with supernatural power, one good and one evil. The bad one tries to destroy everything the good one has. And the good one in return aims to protect the people he loves. Simple, eh?

But it is the splendid choreographed actions and visually stunning effects that will send cinemagoes out in droves to see this highly anticipated movie! 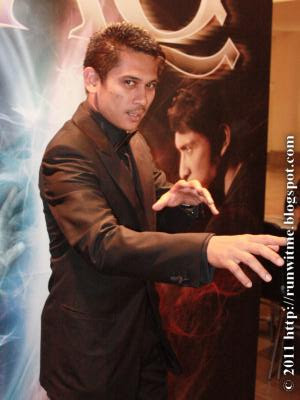 Adi Putra (Histeria, Anak Halal, Akhirat) sinks his acting chops on the deliciously evil, Bad. The bad guys have all the fun! :) 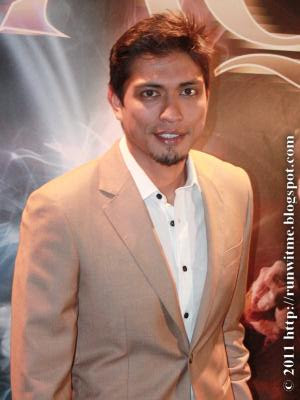 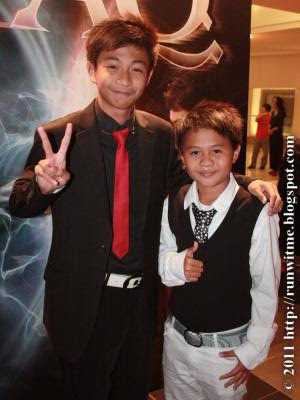 Raja Farah (Aku Masih Dara) plays Aina, the girl who has a crush on Haq but it goes unrequited. Later she surrenders to the charm and seduction by the evil, Bad. 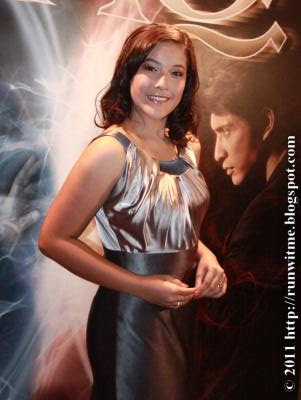 Do check out the "Sehati Berdansa" scene between Zul and Nanu in the movie. :) 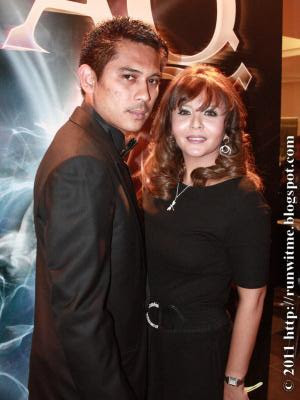 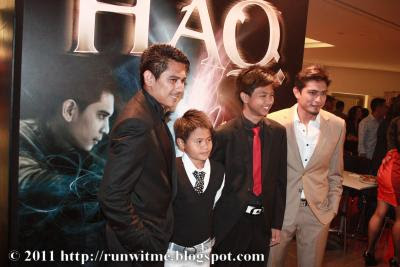 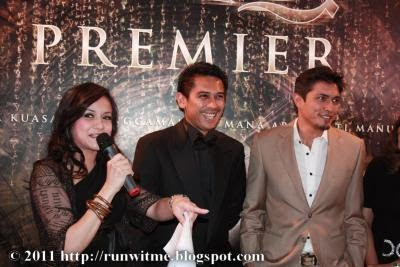 FYI, Sazzy is not fat! She is pregnant with twins! :) 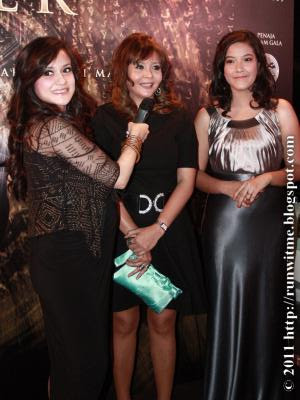 Jumaatun Azmi from KasehDia Picture, the producer of HAQ taking the mic. She also co-directed the movie with veteren maverick director CL Hor (2nd from the right). 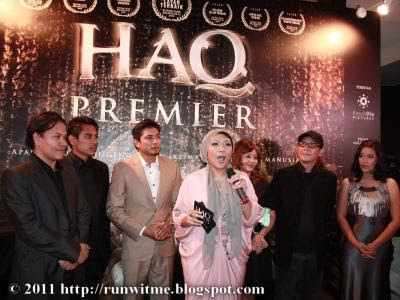 Cast members and then some. 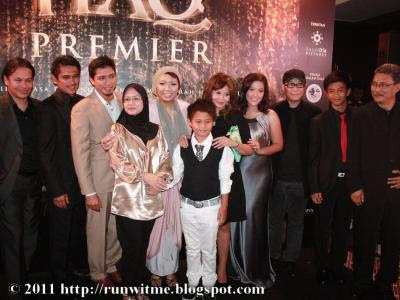 I must say I am very impressed with Haq. The climax fight sequence is amazing! Looks as if it is drawn from a big budgeted Hollywood Blockbuster! One up for the local movie industry!

Love the nifty camera work, the beautiful locations (I think some scenes were shot in the grand Sri Carcosa Negara), the sweeping cinematography...and brilliant acting from all the lead and supporting cast members. 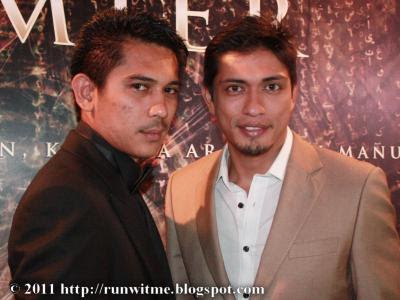 Do note that Haq has already gain a huge following even before the movie is released. It won the Best Screenplay Award in the Festival Filem Malaysia and was nominated in eight other categories. 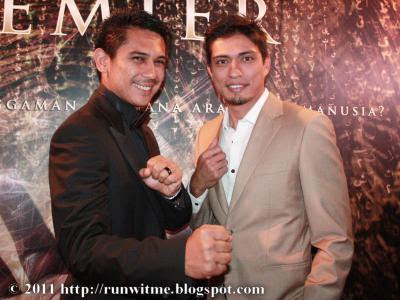 p/s: After watching the movie I have the strange urge to go grab a cup of Slurpee from 7-11. the red one. LOL! And also wonder why the red Ferrari in the movie doesn't have a number plate??? :?