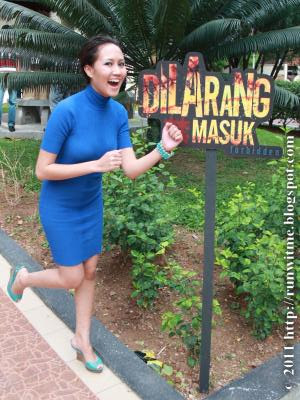 We caught up with the cast members of Dilarang Masuk (DLM) at the launch of this revolutionary movie at MATIC on 25 Jan 2011.

We are pretty excited about this movie because it is the first ever movie in Malaysia (some say Asia) to be shot entirely using DSLR - Canon's EOS 5D Mark II. 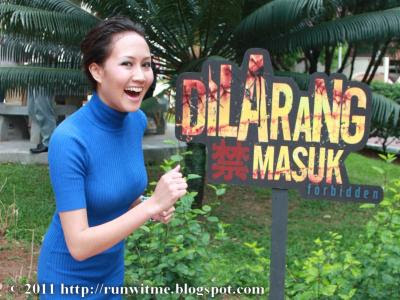 This movie by Cineworks Sdn. Bhd. boasts a relatively new star cast with Shiqin Kamal of 'Lagenda Budak Setan' (she was not present at the launch), Azma Aizal Yusoof, Isma Hanum Husien, Muniff Isa Badrul and the renowned, Esma Daniel.

This supernatural thriller delves into the misadventures of four young people over a night in an abandoned bungalow. 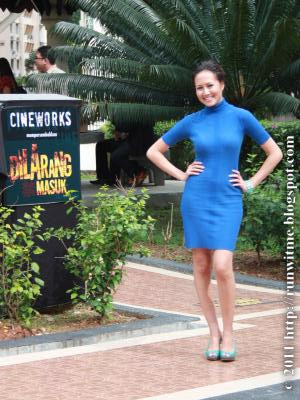 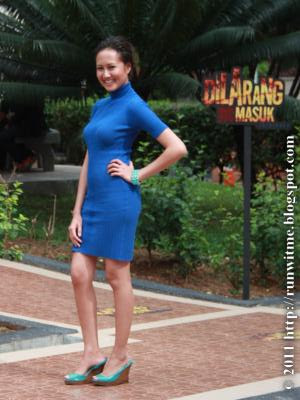 She plays Juli in DLM, one of the four friends who stumbles upon a bagful of money, two rotting corpses and a loaded gun in an abandoned bungalow. Things begins to go haywire when they discovered that the gun is missing mysteriously! 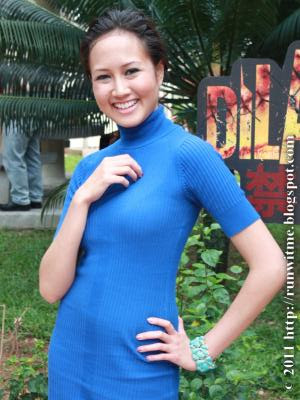 This is Muniff Isa Badrul who stars in the popular TV series, Nur Kasih. He plays Badrul in DLM. 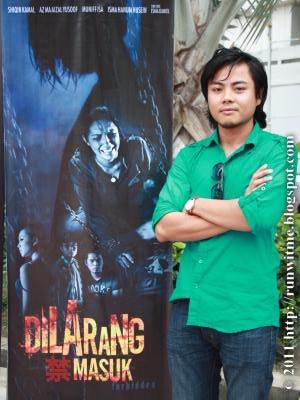 Award winning actor, Azma Aizal Yusof plays Ronnie. Even though relatively new to the industry, Azma has proven that he has some fine acting chop by clinching the Best Supporting Award for 'Antara Garisan' in Anugerah Skrin 2010. 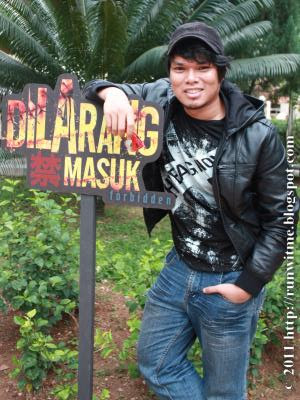 Esma Daniel is no stranger to local cinemagoers being 20 years in the local entertainment scene. He is currently being featured in Muzikal Tun Mahathir at Istana Budaya (21-20 Jan 2011). Esma Daniel also co-produced DLM.

He plays Rawis in the movie. We know nothing much about this character. But I'm sure it will be a shocking revelation. ;) 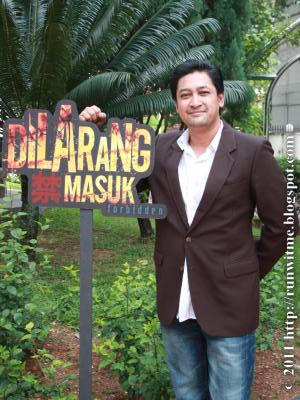 Dilarang Masuk is scripted and directed by Jeffrey Chiang. This movie is slated to be released in the theatre nationwide starting 7 April 2011.

More pictures coming right up from the launch of DILARANG MASUK. Please comeback for updates.