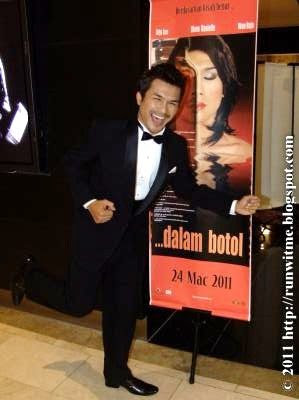 We caught up with him at gala premiere of Anu Dalam Botol, (literally means "Dick in A Bottle") but the word ANU is reduced to three little dots due to censorship reason. 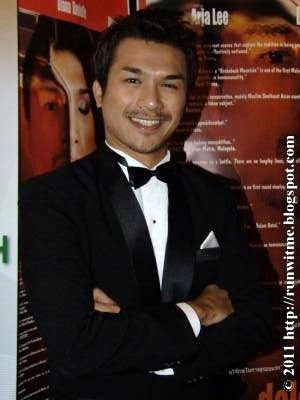 It is the first full length Malay film to feature two leading men in love. :) 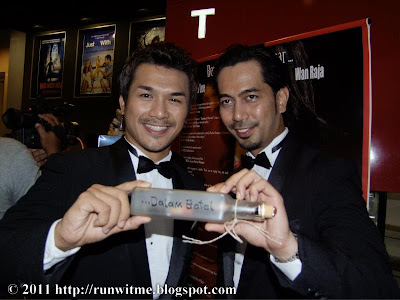 Having said that, Anu Dalam Botol is not the first gay movie made in Malaysia. There is a short movie called Comolot which feature a young Remy Ishak, before he found fame. 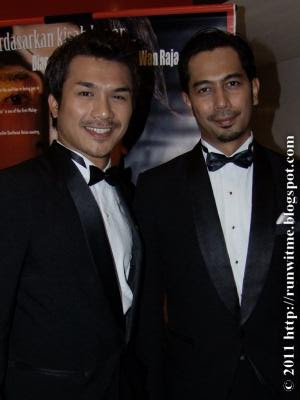 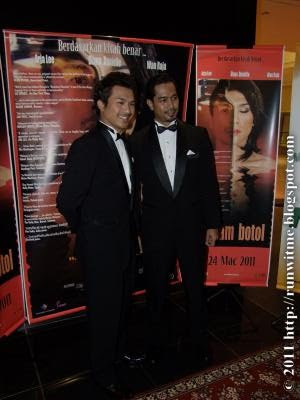 The movie is directed by Khir Rahman (middle) which is recently seen as a tattoed pirate in the Hikayat Merong Mahawangsa. 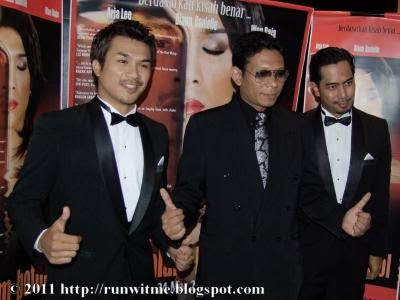 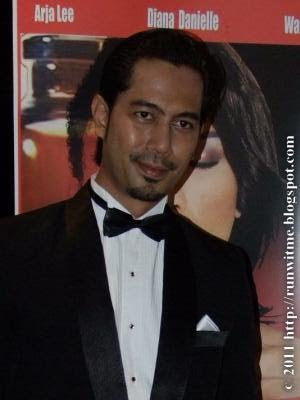 Rosnan Rahman (who plays Jem) and his partner. 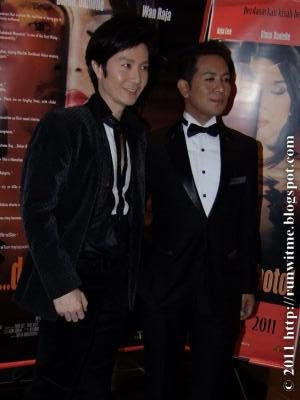 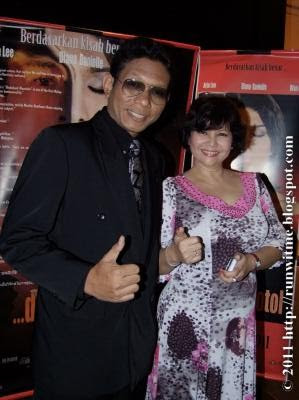 Raja Azmi and hubby, Jalani Sidek. For the record, Raja Azmi announced to all the guests in the cinema hall that her marriage is NOT on the rock as being rumoured. 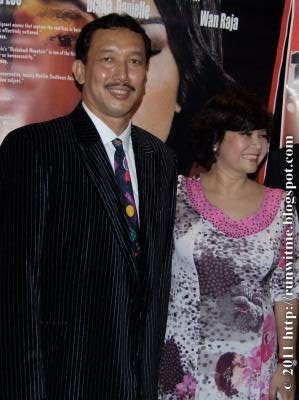 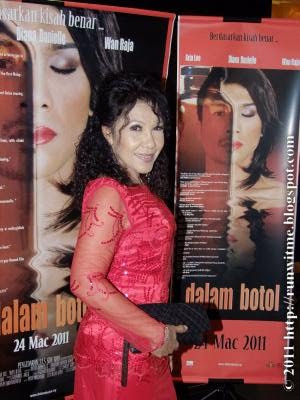 Ogy Ahmad Daud (has a small but important role in the movie) and movie maker, Suhaimi Baba. 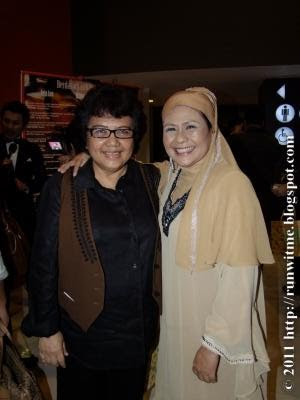 We waited at the red carpet area for Diana Danielle but she was awfully late. We didn't see her until we were ushered into the cinema hall.

She is in the group pic below. See if you can spot her. (Click photo to enlarge) 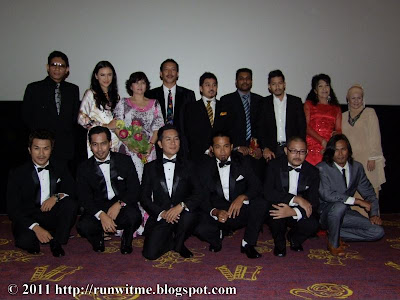 Catch Anu Dalam Botol at the cimenas near you starting 24 March 2011.