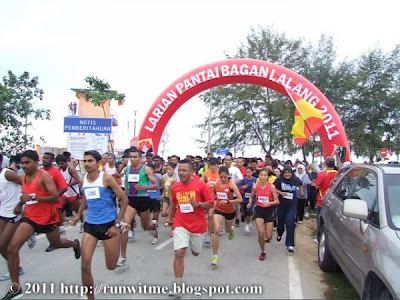 Who? Organised by Majlis Perbandaran Sepang.

Why? In conjunction with Selangor Water Festival (SWF) 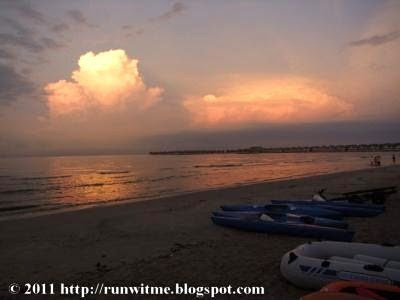 We arrived for the run the night before. We put up at Bagan Villa Resort, courtesy of Tourism Selangor.

Bagan Lalang or it's more commercial name, Sepang Gold Coast is located at Kampung Sungai Pelek which lies in Sepang district, near KLIA, about 60km from Kuala Lumpur. It is one of the popular beach destinations for city dwellers in the Klang Valley due to its easy access by major highways, beautiful beach area as well as great seafood cuisine.

Even though the name of the run has the word "beach" in it, the runners didn't actually get to run ON the beach. Heheh!

Check out some of the pics of the runners making their way back to the finish line. 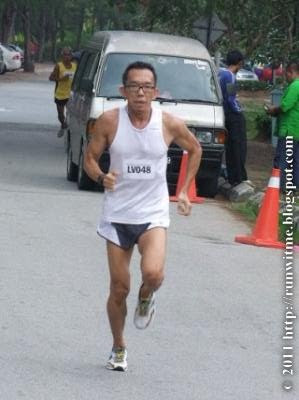 Despite the "lowkey status" of the run on the race calendar, the race has attracted some top runners in the countries. I guess the prize money are good enough to draw them to Bagan Lalang on an early Saturday morning. 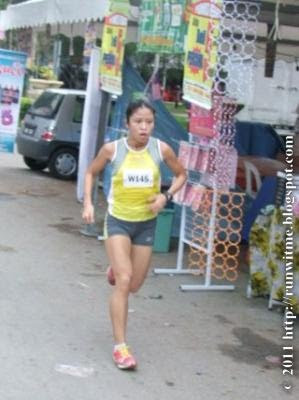 According to the organiser, approximately 400 people have signed up for the race. I am sure this event will grow bigger next year if it is being organised again next year. We heard some positive feedbacks from the runners. 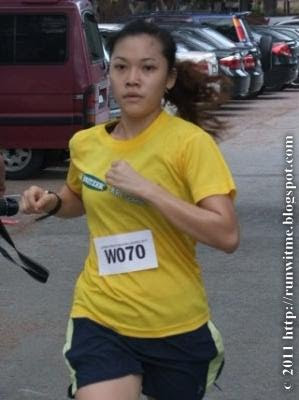 Some of the runners hope for a longer race, perhaps the 6km can be "upgraded" to 10km since most of them travel out of KL for the race; to make the trip more "worthwhile". 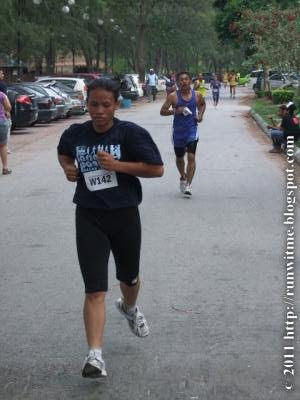 The official T-shirts for the race are in different colours according to the categories. Red for Men Open, Blue for Women Open, Yellow for Women Veteran and White for Men Veteran. (Insert thumb ups for the organiser!)

However, we don't like the bib number stickers that replaces the regular pins and bib. The sticker easily lose its adhesiveness during the run because of sweat and movements. (see pic below) 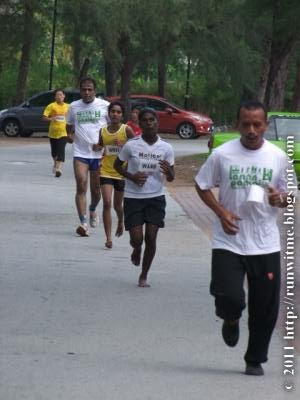 The route is relatively flat and scenic at some parts, overlooking the long stretches of the Sepang Gold Coast beach and passes the iconic Golden Palm Tree Resort. 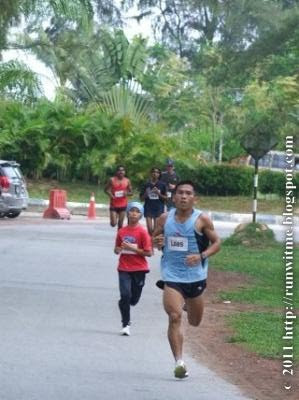 Overall, we feel that the Bagan Lalang Beach Run is riveting start to kick off the Selangor Water Festival. 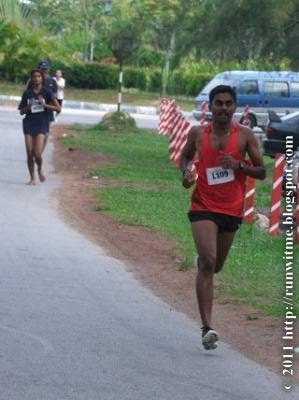 We hope it will be back next year with perhaps some new categories for the school children and also family. Perhaps a fancy dress with water theme will add colours and variety to the the festival.

One more area of improvement is the short notice of the run. We only get to know about the race about two weeks before the race. It could be planned and promoted much earlier to attract more people to join the race. Well, now the MP Sepang has one year to plan for the next year's race. We hope they would do better! 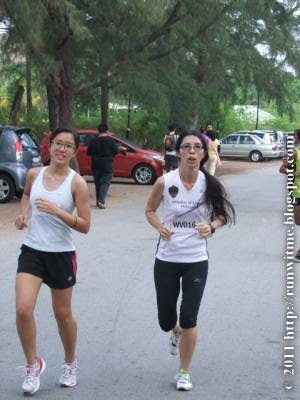 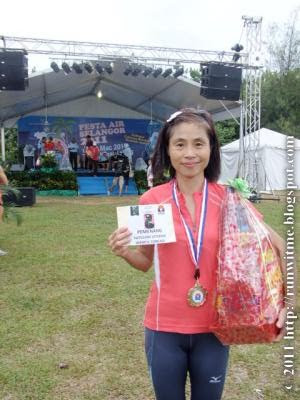 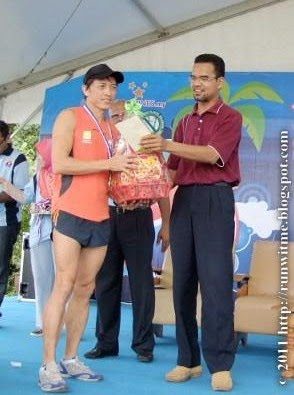 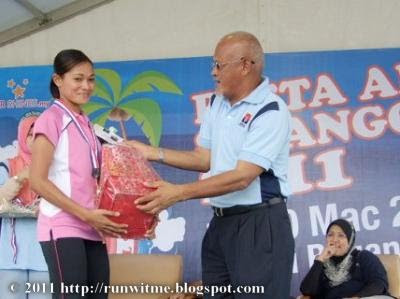 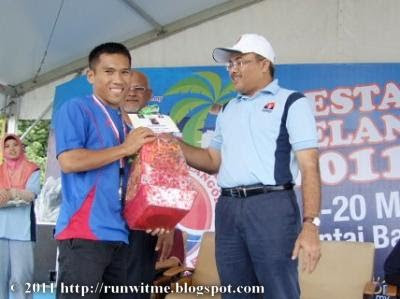 Some of the winners with their medals and hampers. 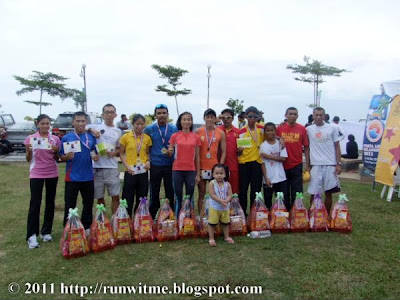 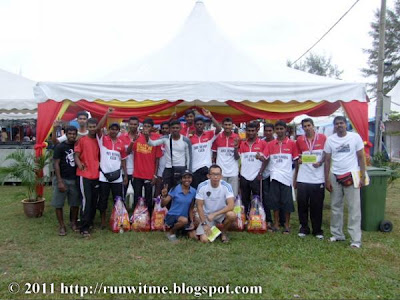 Runners also enjoyed the shopping at the bazaars and participating in other activities line up for the visitors to the Selangor Water Festival. We certainly did. Heheh!

Look what I have found selling at the SWF bazaar! Heheh! 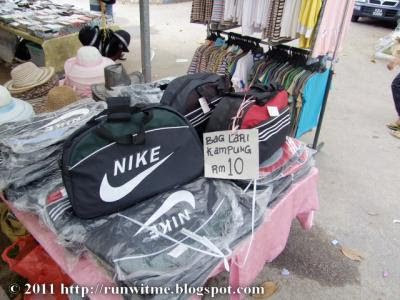 Acknowledgments: I would like to lay a bed of yam leaves for Tourism Selangor for the invitation to experience the Selangor Water Festival and Bagan Lalang Beach Run.