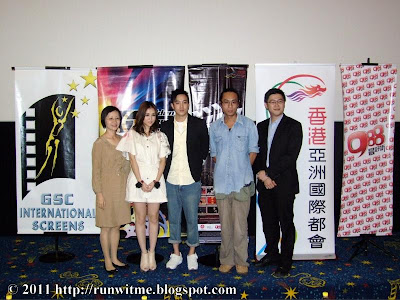 Hong Kong Economic and Trade Office with the support from 988 Radio Station and Golden Screen Cinemas (GSC) has launched the third Hong kong Film Frestival (HKFF) in Kuala Lumpur this morning with the screening of Lover's Discourse (戀人絮語) at GSC Mid Valley.

The event was graced by the presence of the two directors of the movie, Derek Tsang (曾國祥) and Jimmy Wan (尹志文) and one of the actress, Kay Tse (謝安琪) 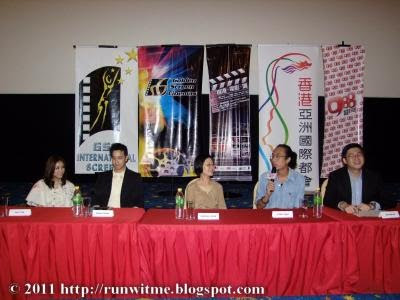 This year's festival is featuring 11 made in HK movies all together; 6 movies spanning 3 decades as voted by the listeners of 988 radio station and the remaining 5 are some new movies, never been shown in the Malaysian cinema.

Three of them have won or made it to the list of nominees of prominent film awards - for example, the opening film, Lover's Discourse, which have been nominated for Best New Directors in the 47th Golden Horse Awards. 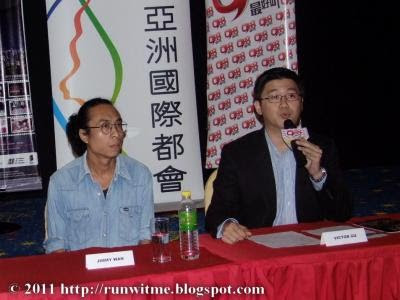 Lover's Discourse is a drama about love featuring four seemingly separate stories at first but they become intertwined with each other as the movie progress. It takes a look at secret admiration, infidelity and even a subtle MILF-themed infactuation.

Kay Tse plays Gigi, a shy laundry shop worker who secretly admires Sam, one of her cute customers. She kept her feeling to herself and pretending not to notice him when he comes around. 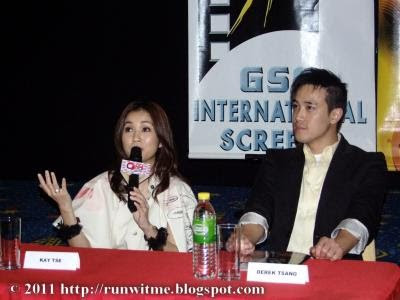 The things that she found in the pockets of his clothes triggers a series of fantasies which she romances a mannequin version of Sam! (Insert LOL here! We like the quirkiness!)

Kay Tse draws from her own real life experience to play the character of Gigi. She admits that she has admired a boy for four year secretly during her school days. 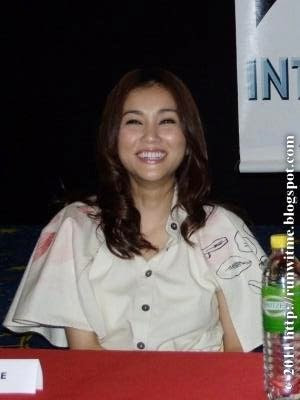 When asked if she feels at lost working with mannequin instead of the real Eddie Peng, she quickly retorted that it was Eddie's lost not to have worked with her instead. LOL! We love the reply! 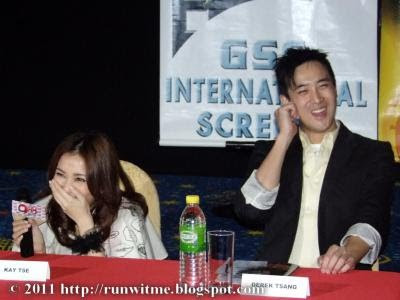 We like Lover's Discourse. It is beautifully shot and proves to be an engaging watch. The soundtrack is minimal, sprinkled with twinkling piano but effectively capture the emotions in the scenes. The song "Have A Good Life" won the Best Original Film Song in the 30th HK Film Awards. 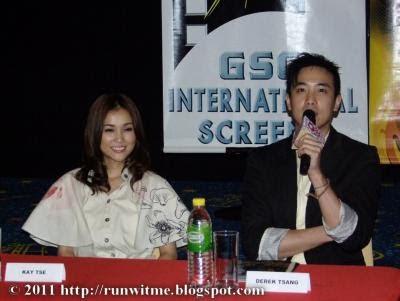 Check out the listing of movies in the HKFF 2011 below. Click to enlarge. The newer movies are at RM5 a pop while the rest are FREE! 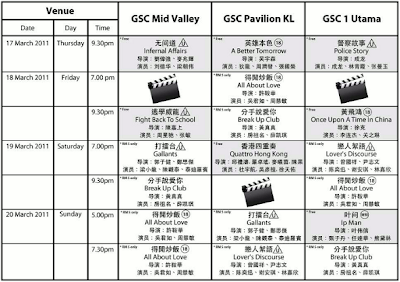 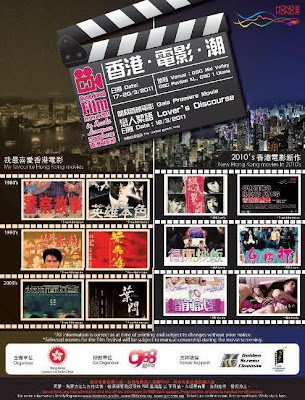