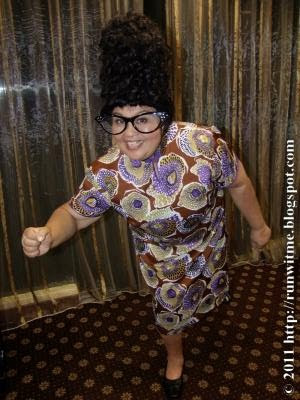 Our Celebrunner this time runs straight out of the Lat's Kampung Boy comic to Panggung Sari, Istana Budaya and then to this blog. Heheh! 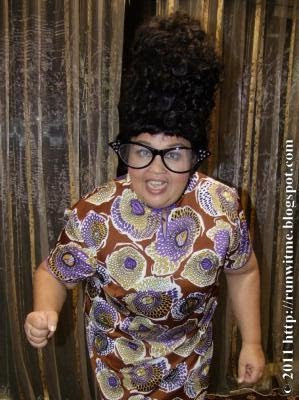 Mrs. Hew is one of the most memorable character from the comic Kampung Boy. Lat went to an English school in Ipoh in 1962, where his teacher Moira Hew supported his drawing skills.

Mrs. Hew was later immortalized in Lat's cartoon as the lady with the butterfly-rim glasses and a towering beehive hairdo that could put Marge Simpson to shame. LOL! 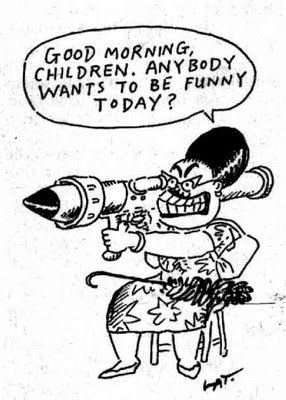 Check out some of the pics I took during the media night show yesterday. 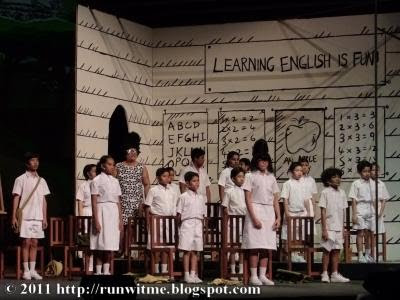 In the secondary school, Mrs. Hew discovered that Lat has a talent in drawing. 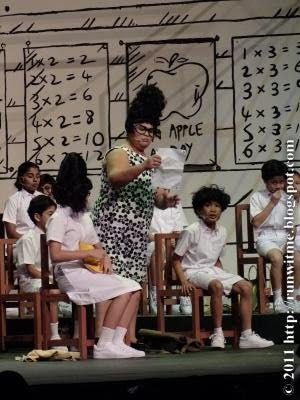 I guess all of us would have some versions of Mrs. Hew in our school days. Some one who is strict, fierce and feared but has only well meanings for her students. Heheh! 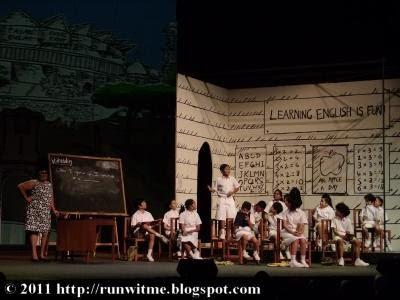 Do What You Love and Love What You Do. 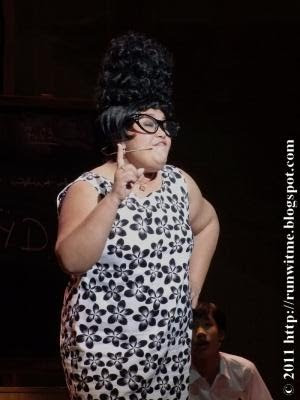 I love this song by Mrs. Hew. It's fun and inspiring at the same time. 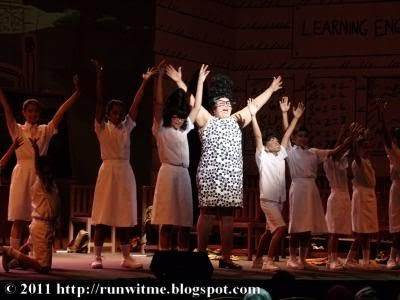 I couldn't imagine anyone else playing Mr. Hew. Sandra Sodhy is simply amazing! 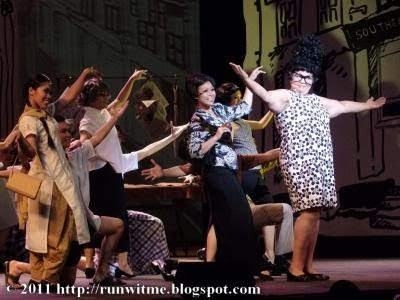 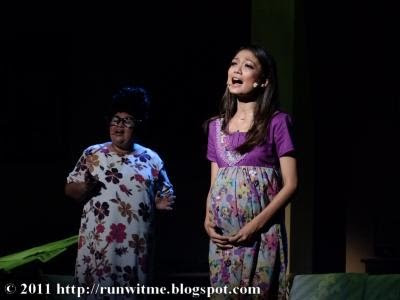 We heard that Mr. Hew is in her 80's and will be attending the Lat Kampung Boy Sebuah Muzikal Gala Night on the 23 March. I wonder if she still has the big beehive hairdo and wears the iconic butterfly-rimmed glasses. :)

UPDATED: I found this pic of the real Mrs. Hew and Sandra Sodhy in Facebook. Photo Credit to Azlan Daniel. All I have to say is WOW! :) 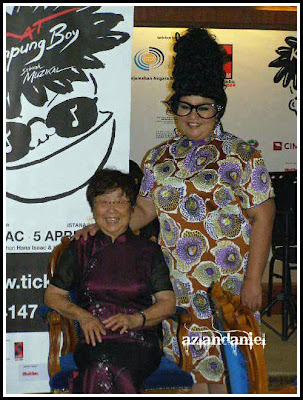 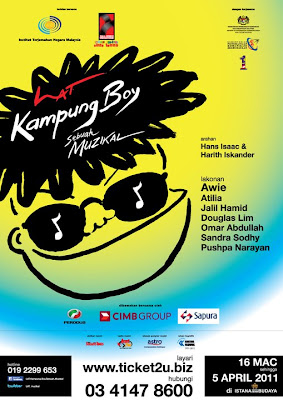 Please comeback tomorrow as I will share some pics of the lead, Awie and Dato' Lat himself.