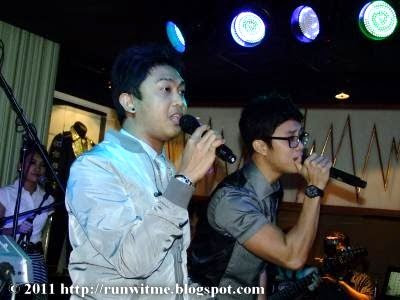 We are a fan of Yovie and Nuno of Indonesia! We last saw them live in 2009 in the Illuminight Concert. We even paid to go for the concert because we love their music! :) Read about it HERE.

They were back in town yesterday to promote their latest album called "Winning 11" featuring 11 (no prize for guessing)...ahem...winning tracks from Yovie Widianto, the band leader.

Yovie and Nuno is much loved in Malaysia for their hit love song called "Menjaga Hati" which currently reached a 1.5 million ringtone download in Malaysia alone! 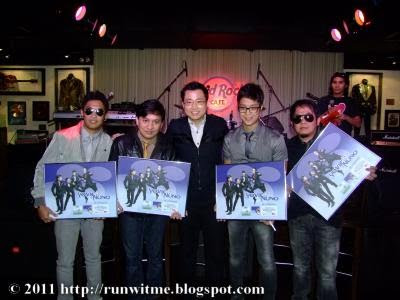 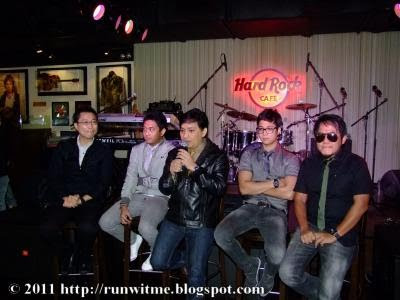 The lead single from the album is Manusia Biasa (CLB = Cinta Luar Biasa), which was performed at the showcase after the press conference. 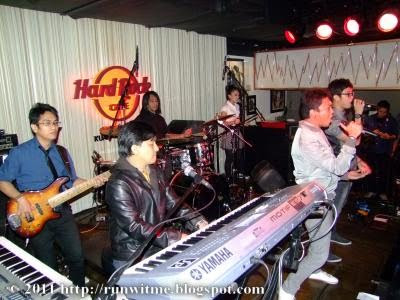 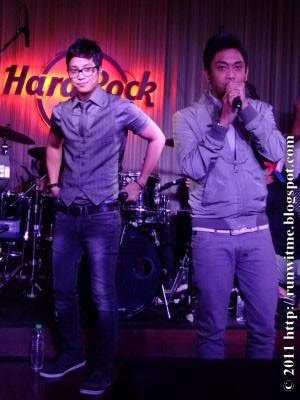 We don't quite fancy the lightings at HRC this time. I don't have much issue in the past but this time, our photos turned out to be... 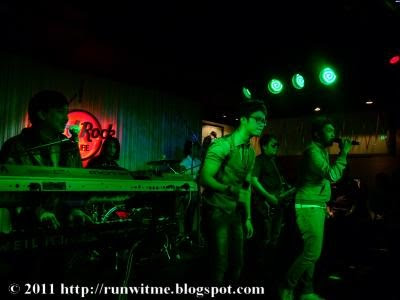 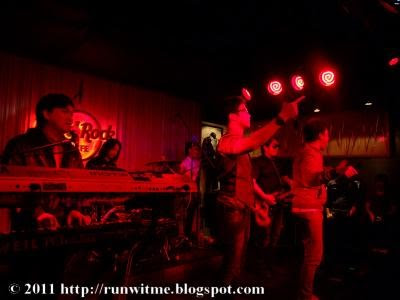 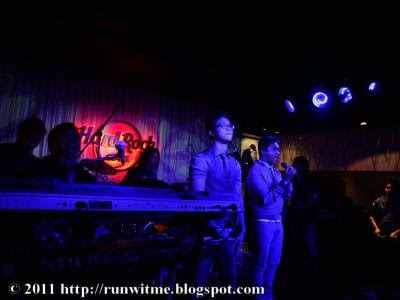 We haven't got the chance to listen to the whole album yet but we think we are going to like it! We predict that "Tak Setampan Romeo" will also be a hit! 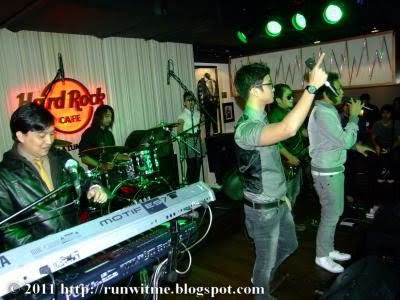 Yovie & Nuno's Winning 11 is distributed by Sony Malaysia. Get the original at the music store near you NOW! 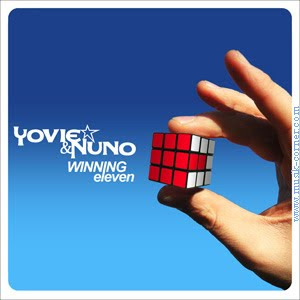 p/s. We will be attending the album launch of another Indonesian act next week. We are pretty excited because she is really really pretty. Want find out who? Please comeback for updates. :D

oh nooo!! how come i didnt know they are backkk in KL! arghh! what song did they sing at hard rock? and where else will they be? i was at the illuminight concert too! the one and only sesat-ed chinese there.