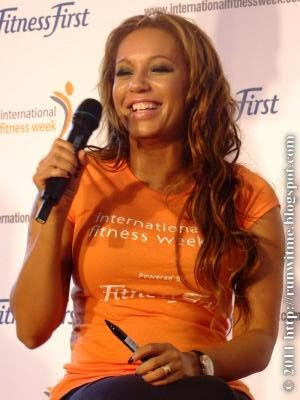 I know that it would be nice if I could get a running pose from Mel B, but I really got to dash off after the PC for a dinner with Hantu Kak Limah at the other side of town. So, we just have to make do with these pics taken on the stage during the launch. :) 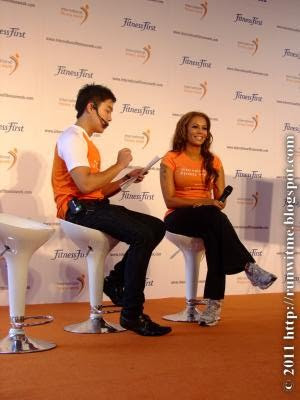 As the global ambassador for International Fitness Week, Mel B visited Malaysia to help Fitness First promote the importance of health and fitness among all Malaysians. Now in its third year, IFW will be celebrated from 14-20 March 2011, over 400 Fitness First gyms across 12 countries. 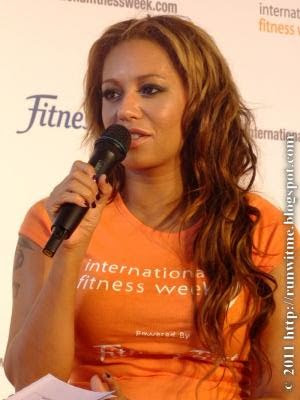 The theme for this year IFW is "Get Moving" which aims to show people how to make small changes and become more active each day, and to boast a healthier body inside out. 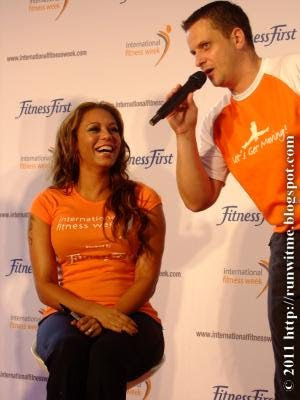 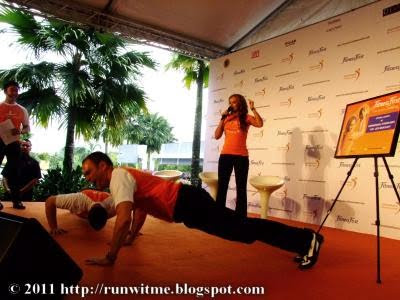 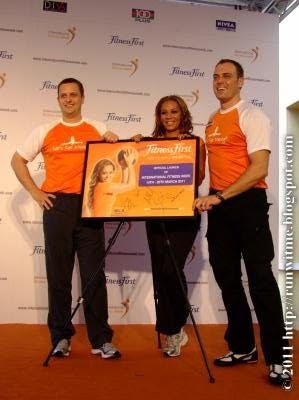 Some lucky bloggers who got their pics taken with Mel B. Me think instead of putting the IFW board on a easel, they should ask Mel B to hold it in her hand. We couldn't see Mel B curvacious body in this pic... ;) 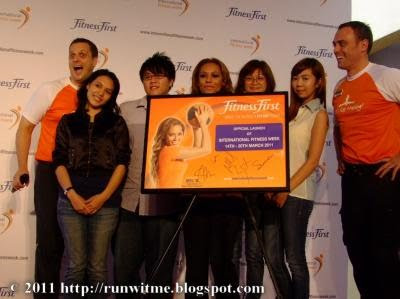 Mel B is starring in her own reality show Mel B: It’s A Scary World , which airs on the E! channel on Astro. 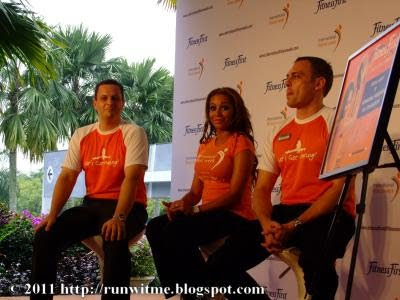 Mel B shared some of her fitness tips and also spoke about her liking to a local snack curry puff. :) 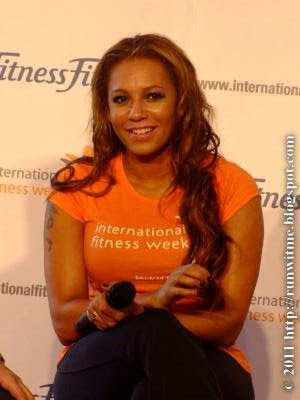 When asked about which Spice Girl song she like most for her work out, she told the press that she doesn't have one particular one but she like the more upbeat remixed stuff. 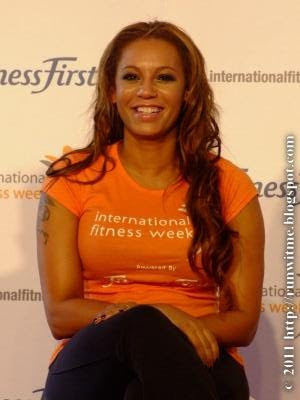 Mel B is also working on a musical scheduled to debut in 2012. She kept mum when asked for detail about the show. Heheh! I guess good thing come to those who wait. 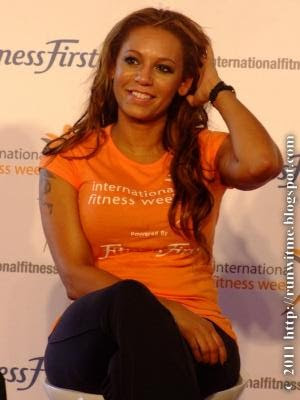 Earlier, Mel B sweat it all out in a workout session with some winners from the Mix FM contest. Too bad we don't have pics to share because we are not a winner. :( 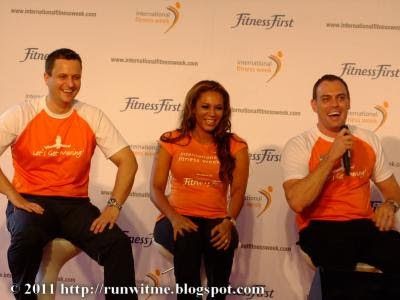 1 down 4 to go. Now that we have seen Scary, we wonder who will be the next ex-Spice Girl to come to Malaysia. Who do you wanna see next in Malaysia? Posh? Ginger? Baby? Sporty? 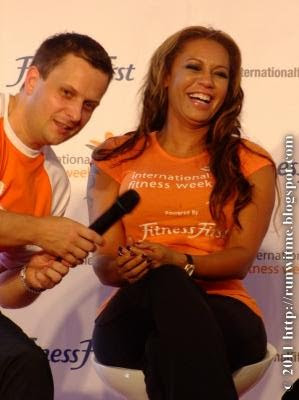 Some lucky fans get to snap pics with her and autograph some stuff. :) 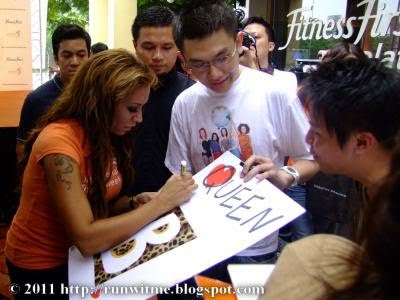