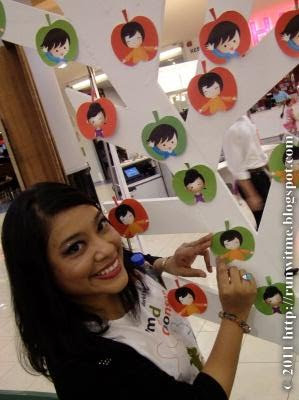 We went to Sunway Pyramid to catch a glimpse of our favourite songstress, Francissca (Fran) Peter just now. There was a special sharing session by Fran, who is the ambassador for the 6th year World Vision Malaysia and Child Sponsor.

She was there for the “Change a Life, Change Your Own” Campaign to encourage the public to help and sponsor a child in the poor country. Read more about this campaign HERE. 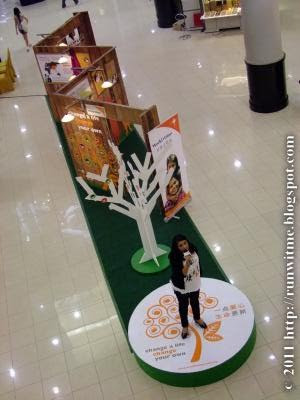 Message from Francissca Peter - "With todays political turmoil the world over and squeezed economies and natural disasters, lets do something special lets sponsor children so we can help families in difficulty." 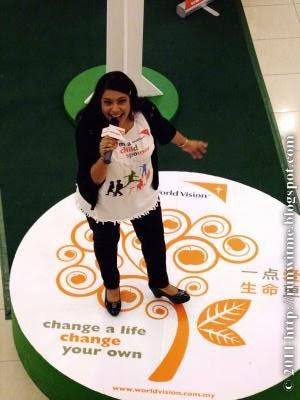 She belted out three songs for the event, much to the guest and shoppers' delight! Ku Ke Udara Lagi, Tomorrow (World Vision Theme Song) and Sekadar Di Pinggiran. 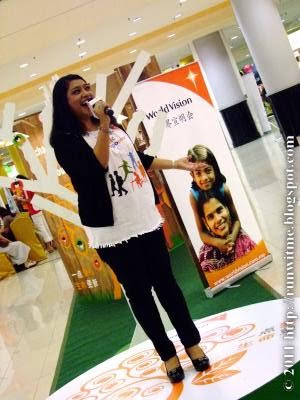 By only RM50 a month, you could help a child getting proper education and healthcare in his/ her country. 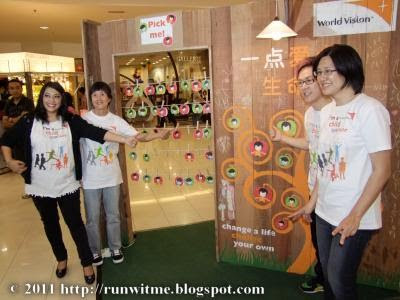 A bunch of Fran's hardcore fans.... 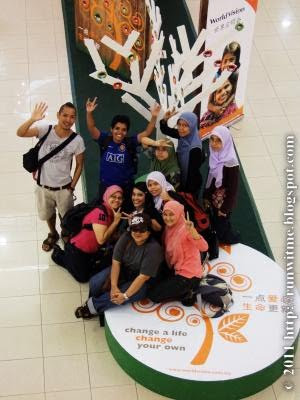 It must be our lucky day.

After the event was over, we were invited by Fran and Bibiana (Fran's sister and manager) to have a drink. So, we plonked ourselves comfortably at Wendy's Sunway Pyramid after rearranging the tables and chairs.....as if we were at the mamak stall. All fifteen of us! LOL!

Not long after, everyone was whipping out his/ her boxset, CDs covers and other souvenirs items to be signed.

FYI, Fran just released a limited edition boxset to commemorate her 33 years in the music industry. 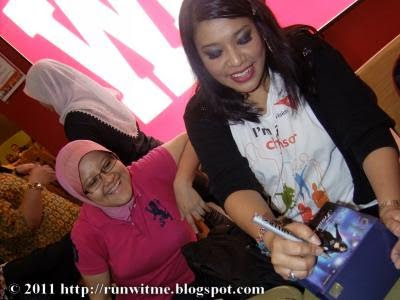 We bombarded Fran with questions while she was busy signing the CDs. We got some juicy gossips from the past and her plan to throw herself a big rave party to celebrate her big 5-0 Birthday. Heheh! We can't wait! 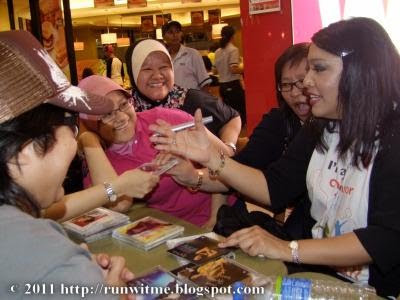 I was kinda starstruck still. It was surreal! I remember the time when I was just watching her sing (and win tonnes of awards) on TV screen but just now, she was seated in front of me, sharing a box of fries and chatting like friends!

Thank you Fran and Bibiana Peter for making my dull Saturday afternoon a moment to remember! :) 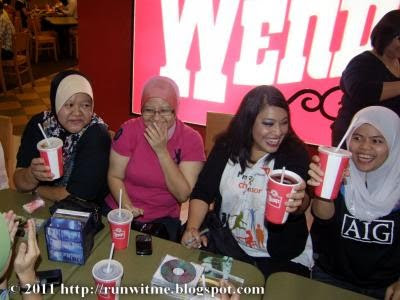 Thank You it was a wonderful affectionate time with all of you... thank you for letting me run with you :)))