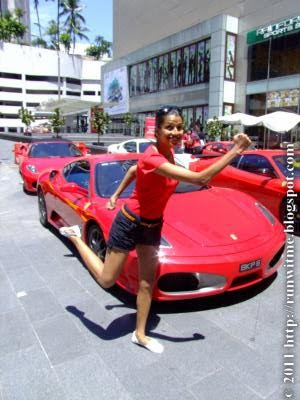 FYI, Jay Menon called herself a runner too and gave us her best running pose, next to the red hot Ferrari! Update: Jay Menon will be running half marathon in the coming Standard Chartered KL Marathon. 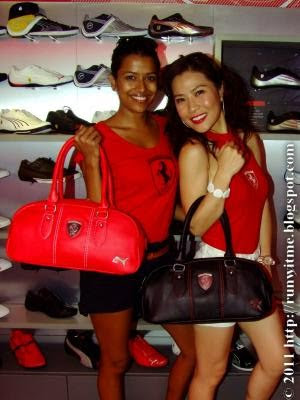 We caught up with Jay Menon and another Friend of Puma, Chermaine Poo at the Puma Motorsport Pop-up Store at Pavilion last Sunday. See Chermaine running pose HERE. 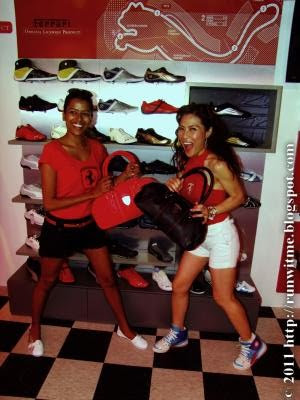 The PUMA Motorsport Pop-up store was first launched in Korea. It is brought to Malaysia for a limited time only; giving discerning FI and Motorsport enthusiasts a new site to browse, appreciate and purchase the very latest PUMA Motorsport and PUMA Ferrari Licensed Collection in the stylish and F1 themed area. 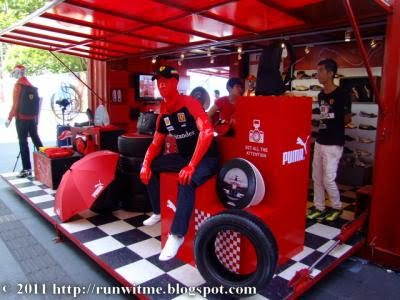 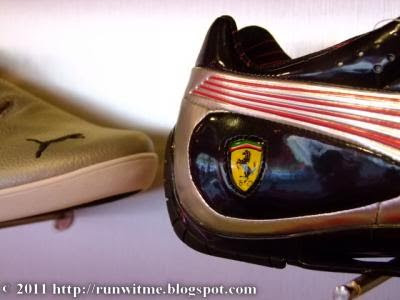 Visitors to the PUMA Motorsport Pop-up store last Sunday were also thrilled by the arrival of 17 roaring Ferraris to the store. 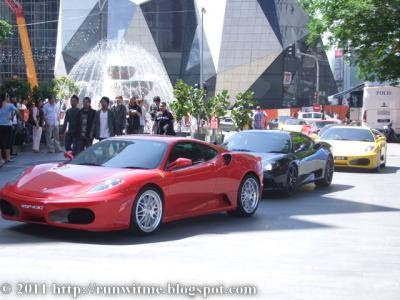 Why Ferrari and not other sportcars? You might ask.

Well, It's because PUMA carries a Ferrari Inspired range, which includes its Ferrari Licensed Collection for F1 enthusiasts. :D 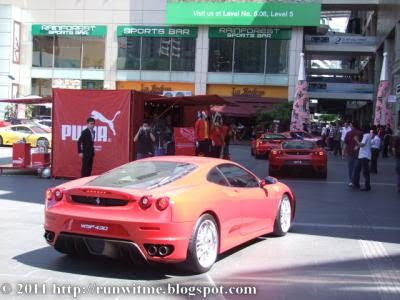 PUMA Motorsport Pop-up store is positioned at Pavilion (near La Bodega) from 21 March to 1 April 2011, (Update: Due to popular demand, the date has been extended until 5 April) and again at the Sepang F1 Circuit from 8 April to 10 April 2011, in conjunction with the F1 Grand Prix. 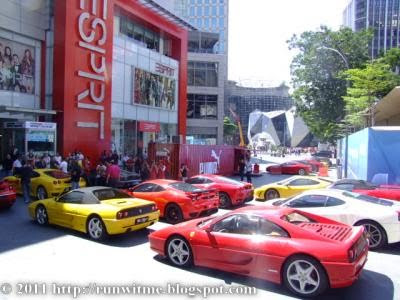 LOL! This kid is trying to pose like the PUMA. :) 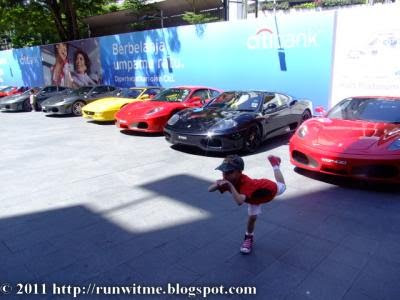 ...and Chermaine is trying to pose like the prancing stallion. Erm...Maybe not. Heheh! 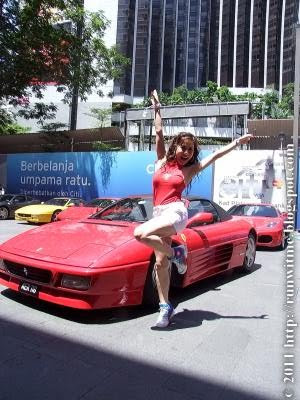 After Malaysia, The PUMA Motorsport Pop-up store will be heading to Singapore in September 2011, as part of a regional initiative to promote the sought-after PUMA Motorsport Collection range. 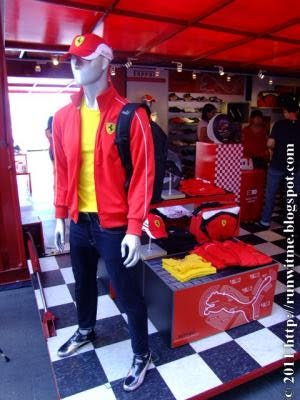 PUMA is giving its customers an opportunity to win a pair of Malaysian Grand Prix Garnet Grandstand Tickets worth RM 1,400 upon purchase of PUMA merchandise.

Early birds – the first 3 shoppers with any purchase each day - will also have a chance to win a PUMA Ferrari Cap. Loyal shoppers will also be rewarded with cool PUMA premiums with minimum spend of RM300 on PUMA Motorsport products.

So, make a beeline to PUMA Motorsport Pop-up store NOW!