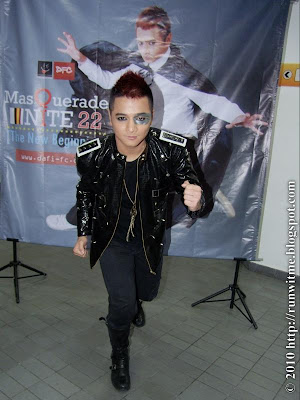 No, that's not Adam Lambert! LOL!

We feature birthday boy, Dafi as our Celebrunner this time. He is wearing Adam Lambert-ish costume for his masquerade-themed 22nd birthday party. 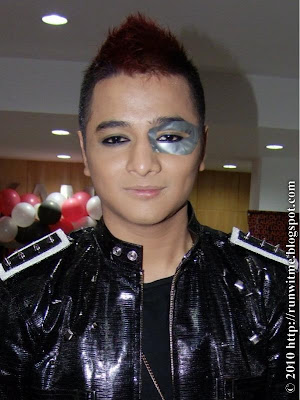 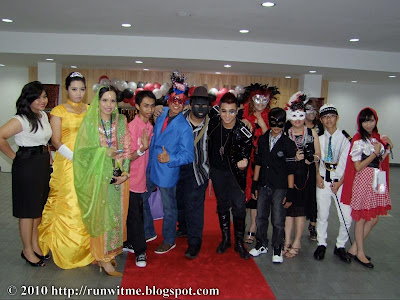 It is also a launch for Laugh Out Loud Entertainment which manages Dafi career in the entertainment business.

Dafi started to get involved in the entertainment industry after completing the reality show Akademi Fantasia 5 in 2007. He has an album called "Seumur Hidup". 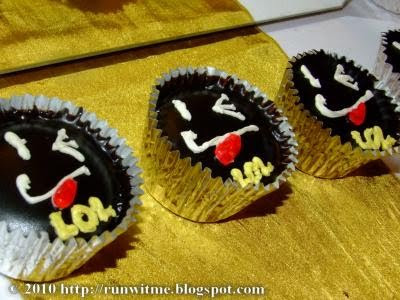 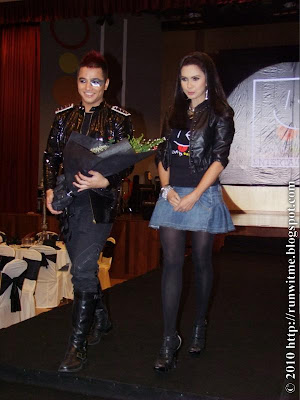 Apart from a fashion show and dance performance, Dafi himself went up the stage to perform, a song by Adam Lambert (who else?), "For Your Entertainment". 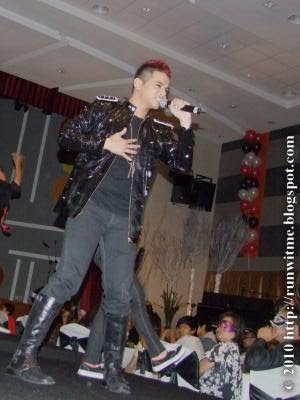 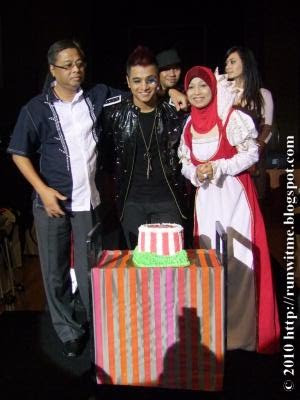 ...with Sasha Bashir, the emcee of the night. 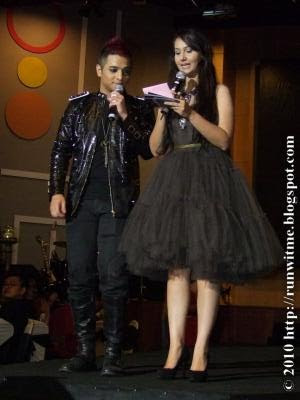 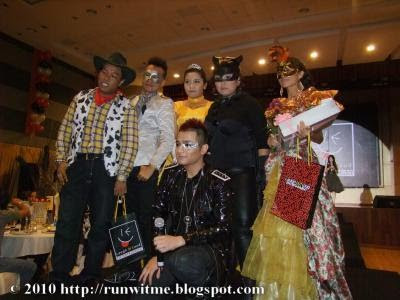 One Nation Emcees was there to sing Happy Birthday song to Dafi. Don't forget to watch the video at the end of the post. 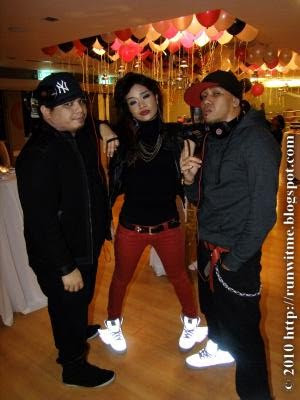 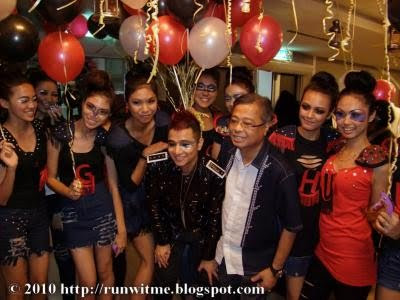 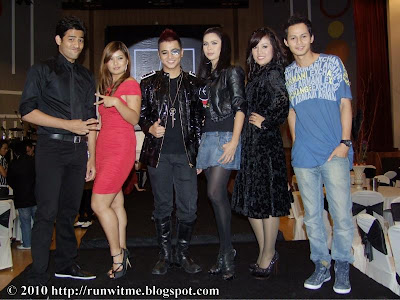 Check out the video below, featuring birthday song by One Nation Emcess, Dafi's For You Entertainment and You Raise Me Up, dedicated to his manager and fans.

Glad you have posted news on Dafi's birhtday, news site does not have this actually, especially Kosmo.

I was proud to say that this post has been linked from out post. Thanks for the pics and the video. Really appreciate it. I'm gonna run with you!

On behalf of Dafi, LOL & DafiFC, thnk u for covering the event. Appreciate it.